This report will cover 32 top-performing decks from 6 tournaments that were held in Japan and China during 28 – 31 July 2018. 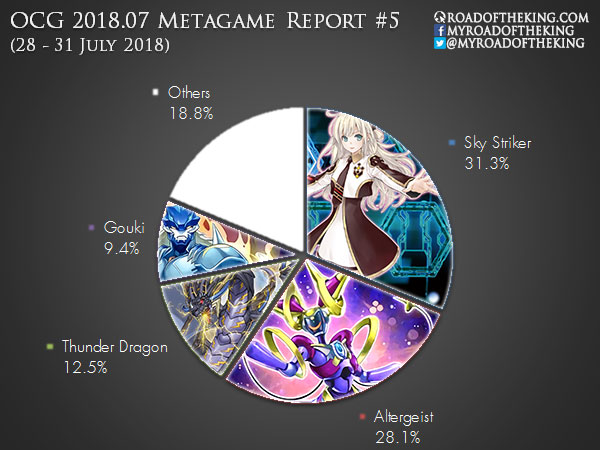 However, since Inspector Boarder is summoned to the Main Monster Zone, it would cause several Sky Striker spells to be unplayable. 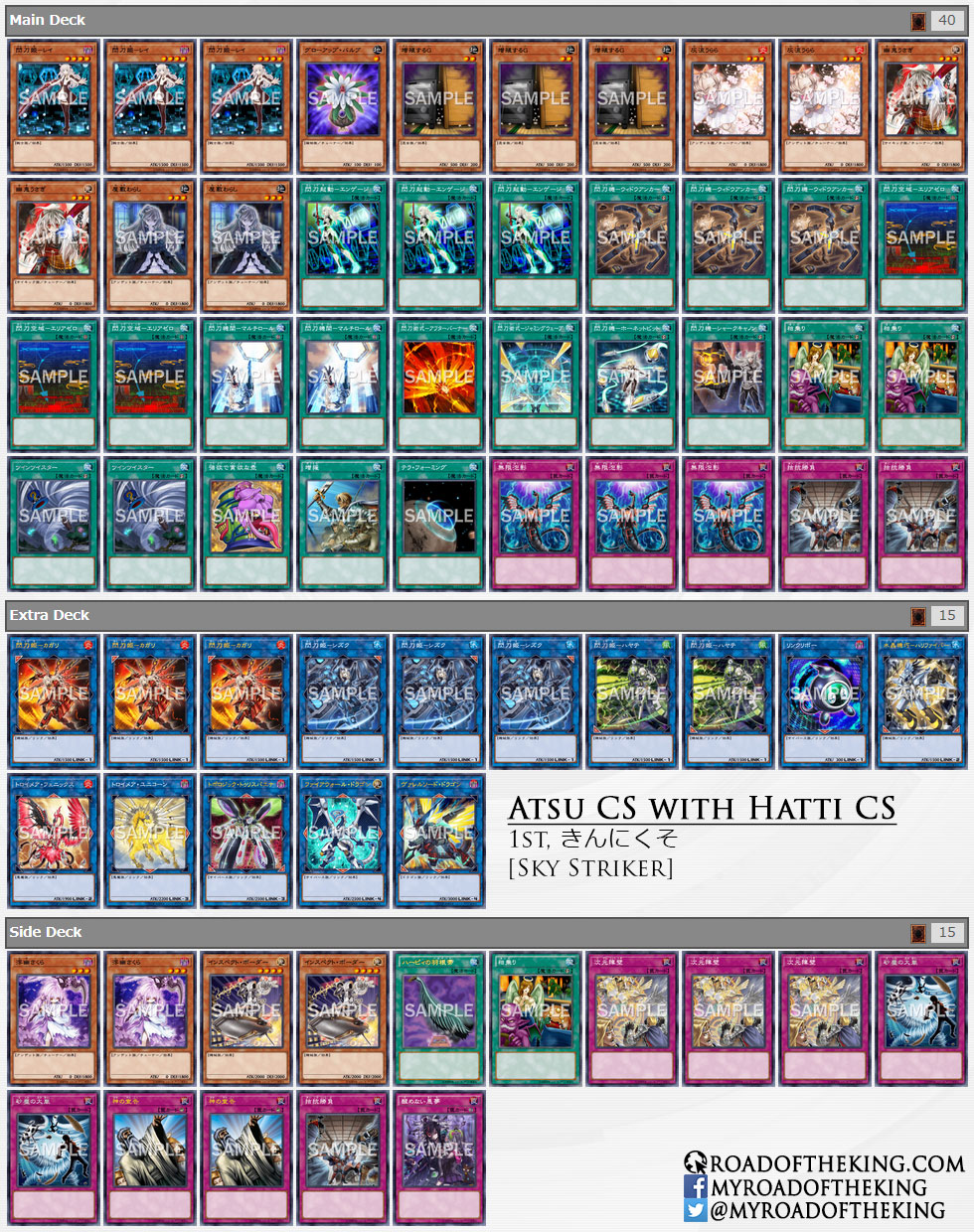 The threat of Inspector Boarder is a strong consideration for running Mind Control over Electric Virus in the Side Deck. 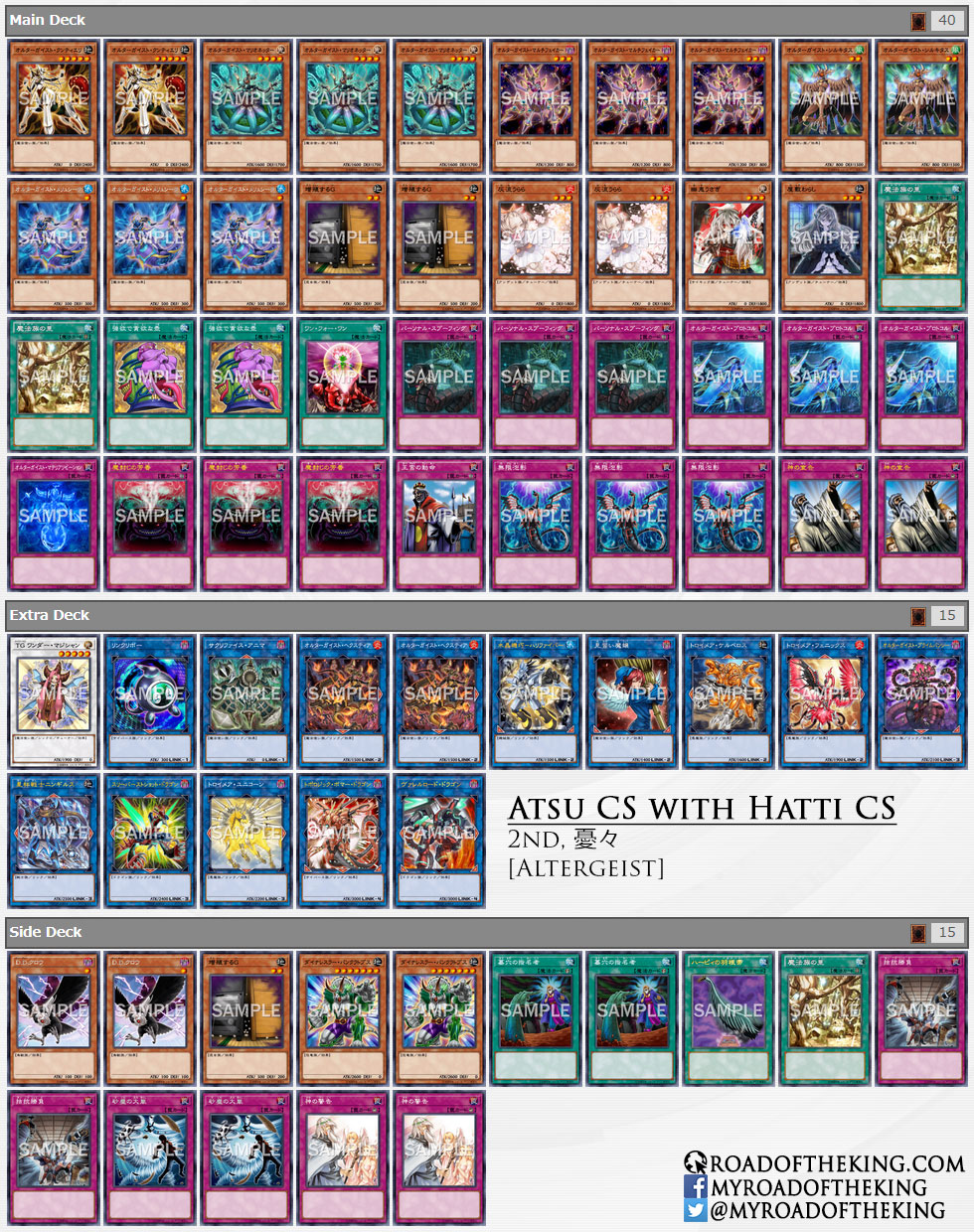 He ran a Darkest Diabolos, Lord of the Lair in his Main Deck as a threat against Sky Striker and Altergeist.

As Darkest Diabolos cannot be targeted by the opponent’s card effects, this makes it immune to the likes of Sky Striker Mecha – Widow Anchor, Sky Striker Maneuver – Afterburners!, Altergeist Meluseek and Altergeist Silquitous.

However, this concept of running Darkest Diabolos in Thunder Dragon is largely experimental and the relatively poor performance is reflected in the mediocre tournament record. 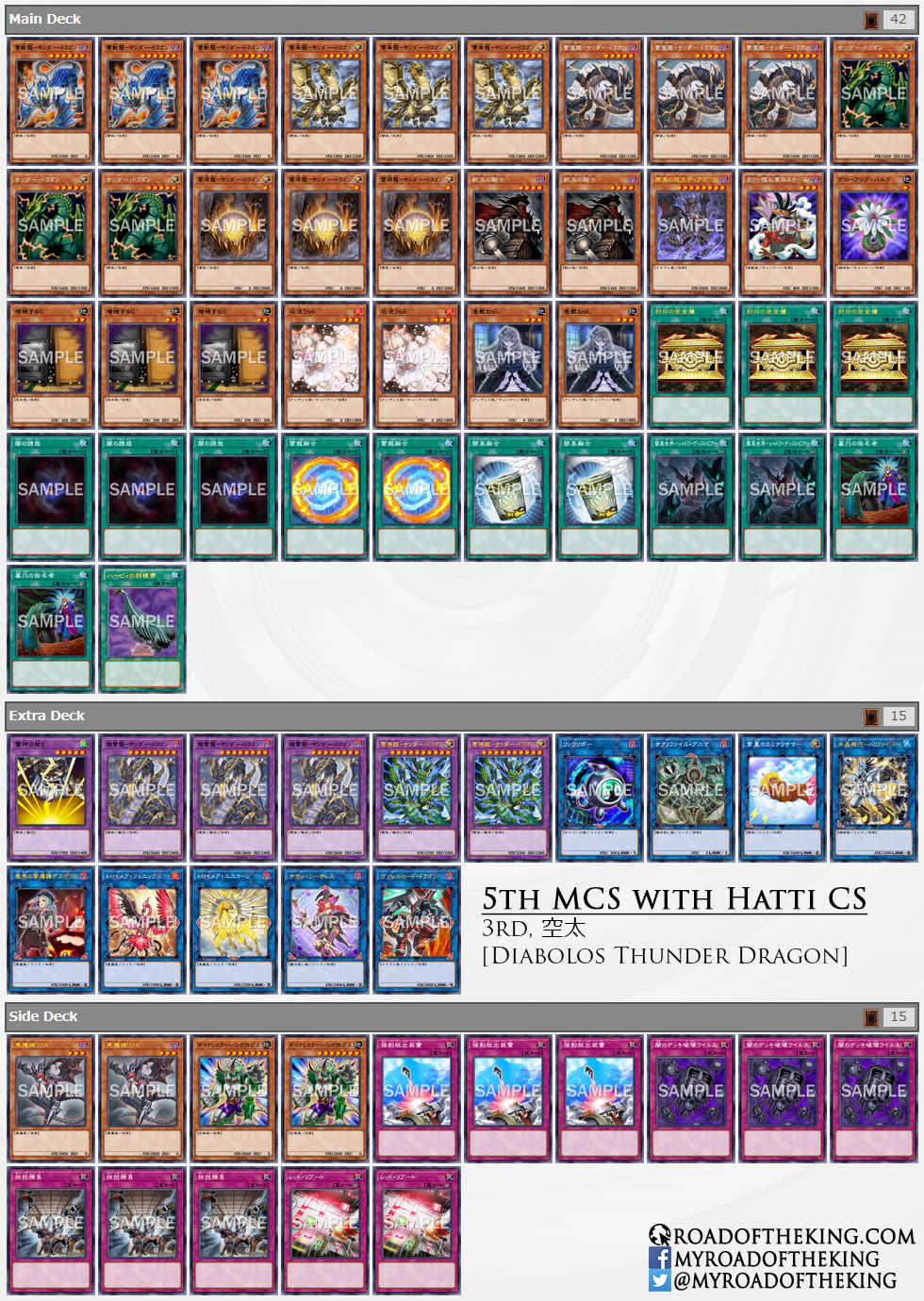 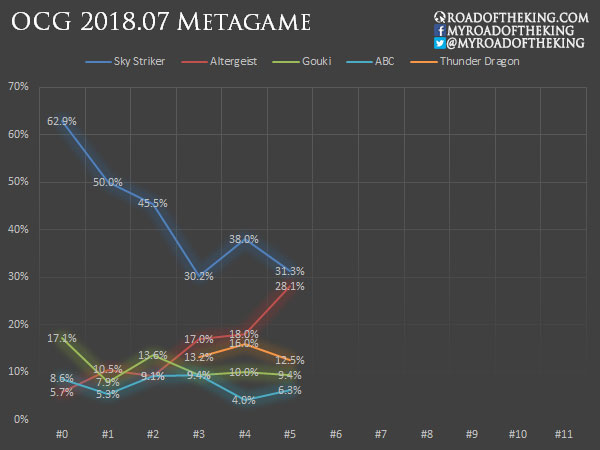 The huge spike in the performance of Altergeist this week puts it toe to toe against Sky Striker.

Thunder Dragon remains a popular choice, but was unable to breakthrough with Altergeist giving it a hard time.