This report will cover 68 top-performing decks from 10 tournaments that were held in Japan, China, Hong Kong, Singapore, Taiwan and Thailand during 26 May – 5 June 2018. 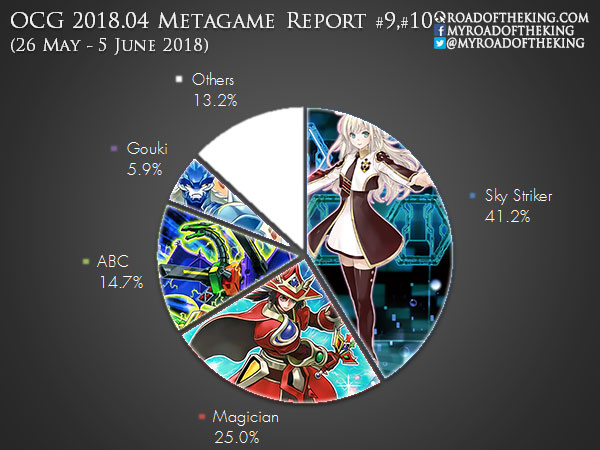 He ran White Howling in the Side Deck for the Sky Striker mirror match.

White Howling requires a WATER monster to activate and that is easily satisfied with Sky Striker Ace – Shizuku. White Howling banishes 1 Spell card from the opponent’s graveyard, reducing their Spell count, but also negates the effect of all Spell effects on the opponent’s field for that turn. 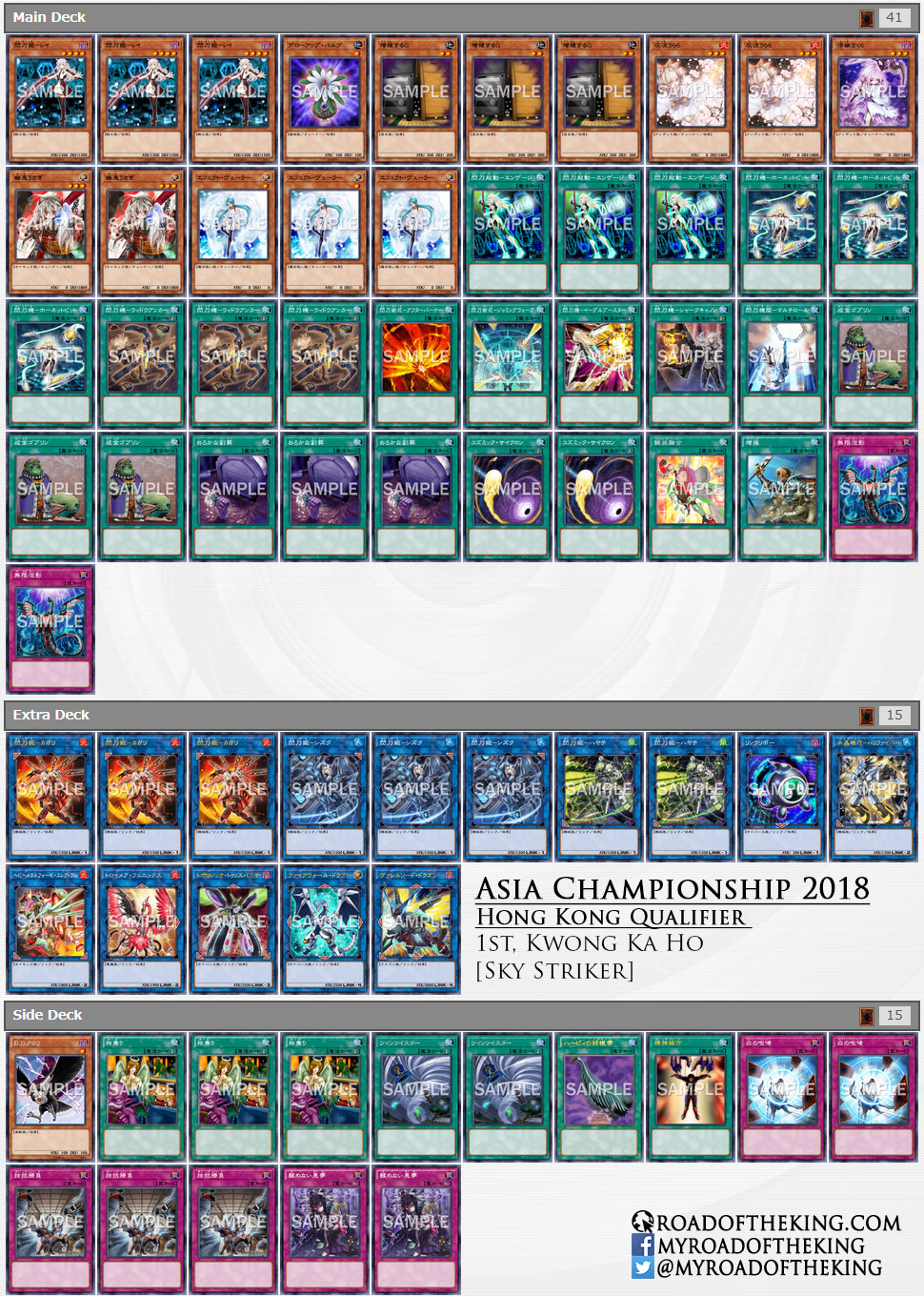 While some Japanese players ran White Howling in their Side Decks initially, they were mostly dropped after the release of Cybernetic Horizon. White Howling is a Trap card, so it requires the player to go first and have it set on the field to activate it on the opponent’s turn. However in the Sky Striker mirror match, going second is a huge advantage due to having the Battle Phase for Sky Striker Ace – Hayate.

He ran Ghost Belle & Haunted Mansion in the Side Deck.

Outside of the Sky Striker match-up, Ghost Belle is also useful against ABC and Gouki, being able to negate the activation of A-Assault Core and Gouki Re-Match. Using Ghost Belle to negate Called by the Grave also ensures that Maxx “C”, Ash Blossom & Joyous Spring or Effect Veiler will be able to resolve successfully. 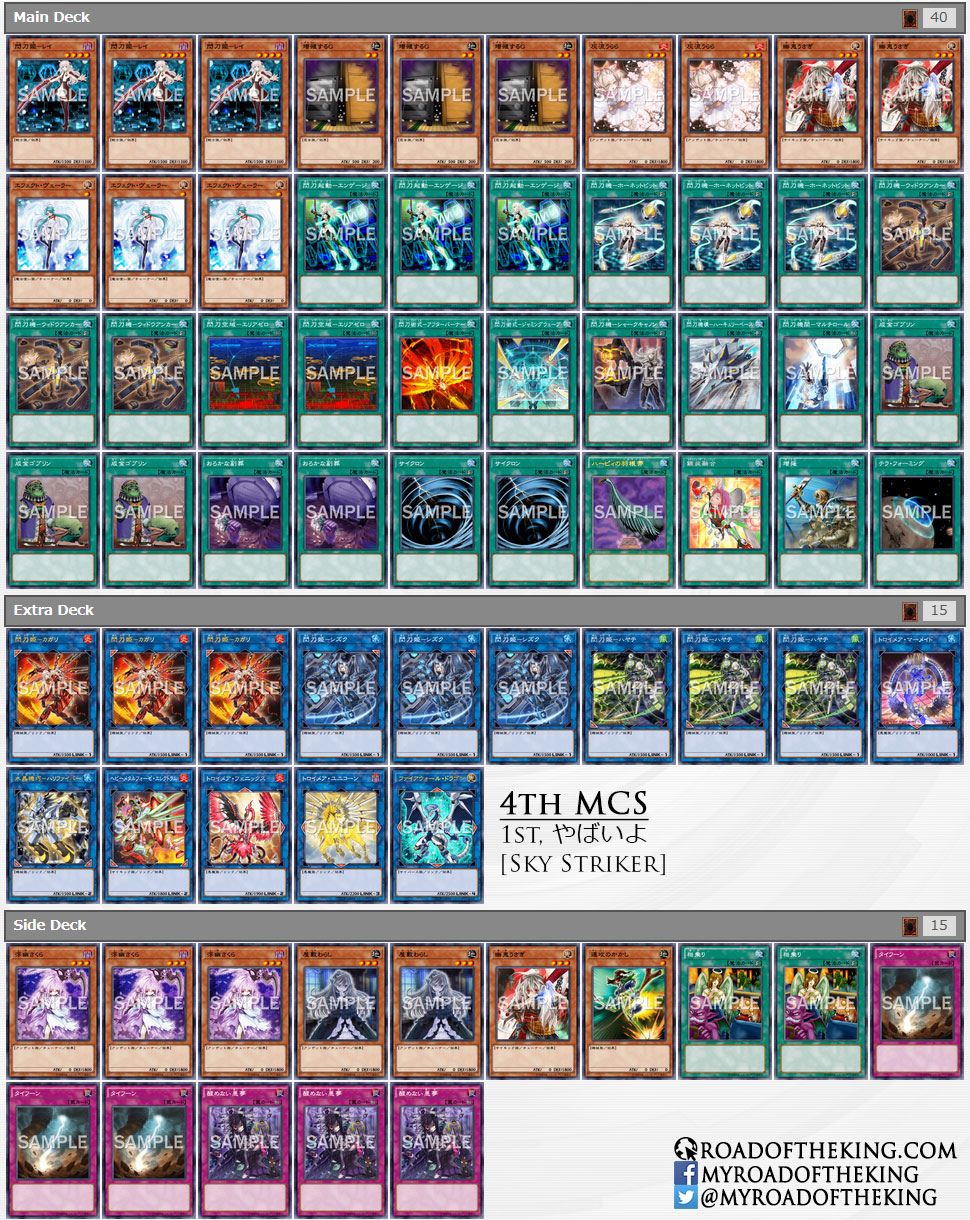 He had a strong run, going 4-0 to finish 1st on the Swiss Standing and making the Top 8 cutoff. However his run was halted in the semi-final match when he went up against the eventual champion who was also running Performapal Magician.

As the 19th National Taiwan University (NTU) Cup is coming up on 17 June 2018, Shin-En has elected not to reveal his Side Deck. 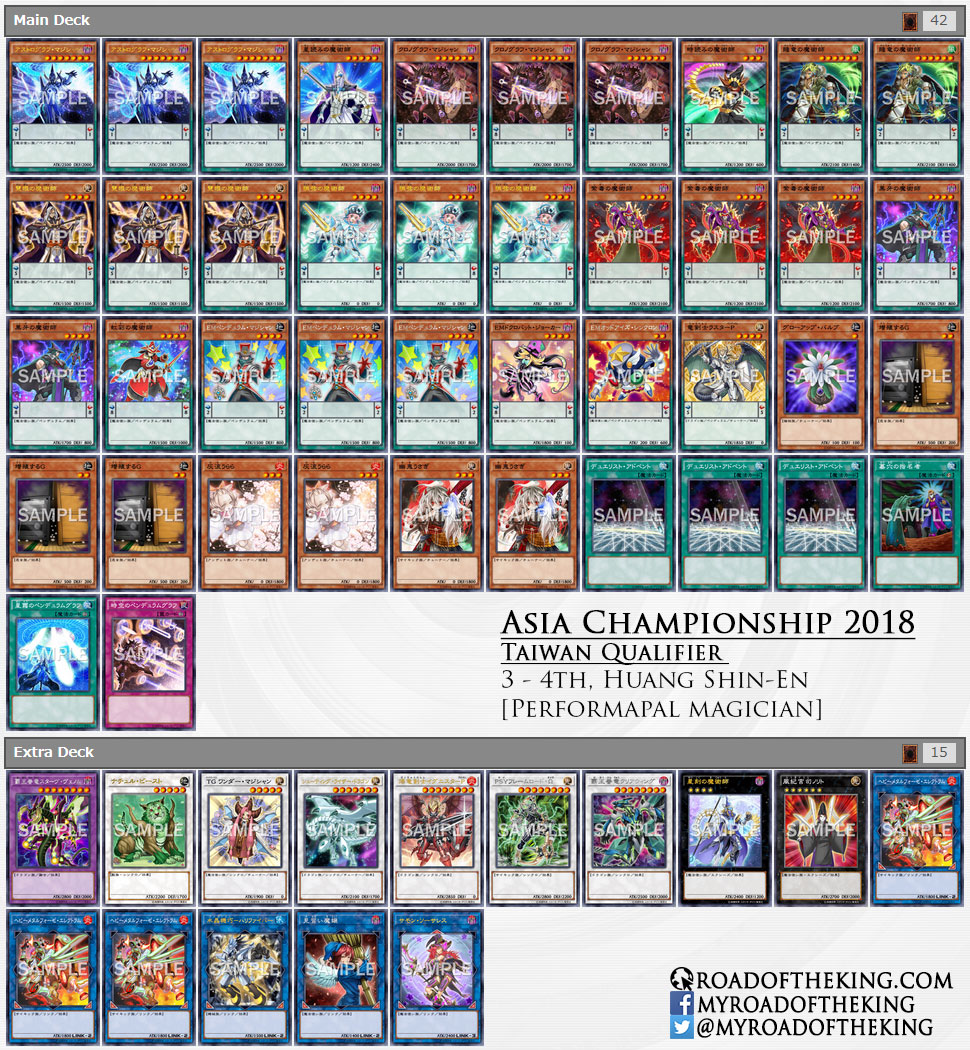 Magical Mid-Breaker Field was his tech to protect his combo from being disrupted by the opponent. 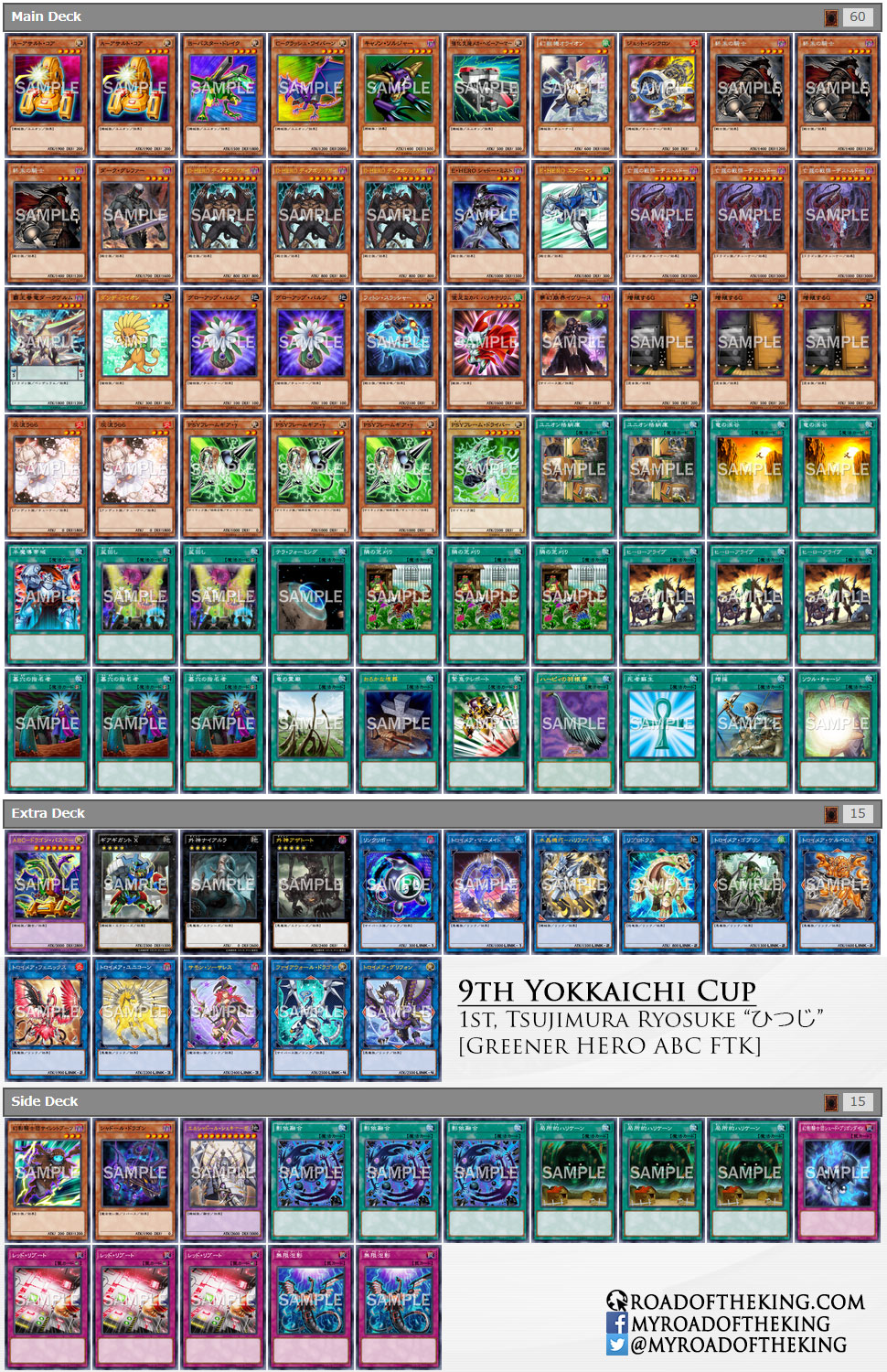 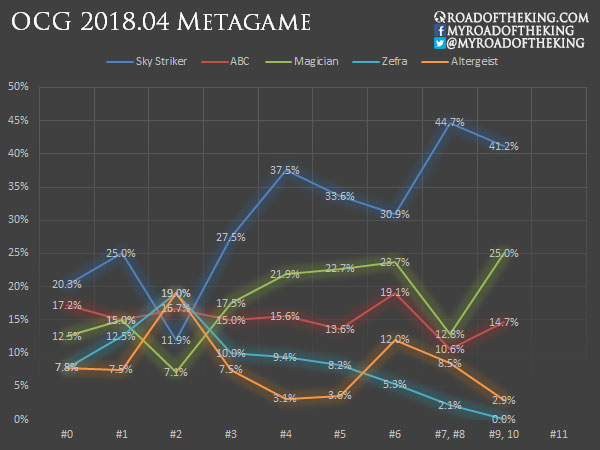 Among the 5 recently concluded Asia Championship 2018 Qualifiers, Sky Striker was victorious in 4 of them. The Taiwan Qualifier was the only one which had Performapal Magician winning, but even then, Sky Striker finished in the 2nd place.

The Greener Sky Striker Monarch is an interesting and innovative deck that uses the Sky Striker engine for Tribute Summoning the Monarchs. One of the impressive moves that was pulled off with the deck was playing 2 Sky Striker Mecha – Hornet Drones in the same chain to Special Summon 2 “Sky Striker Ace Tokens”. The Tokens were then used to Link Summon Isolde, Two Tales of the Noble Knights, whose effect was activated to send Restoration of the Monarchs to the graveyard and Special Summon Edea the Heavenly Squire from the deck. Edea in turn Special Summons Eidos the Underworld Squire, allowing an additional Tribute Summon for the turn.

If you have enjoyed these Weekly Metagame Reports, do consider supporting Road of the King on Patreon. Thank you.