Golden Week in Japan and YOT Thailand 2018 in Asia.

This report will cover 152 top-performing decks from 21 tournaments that were held in Japan and Thailand during 3 – 6 May 2018. 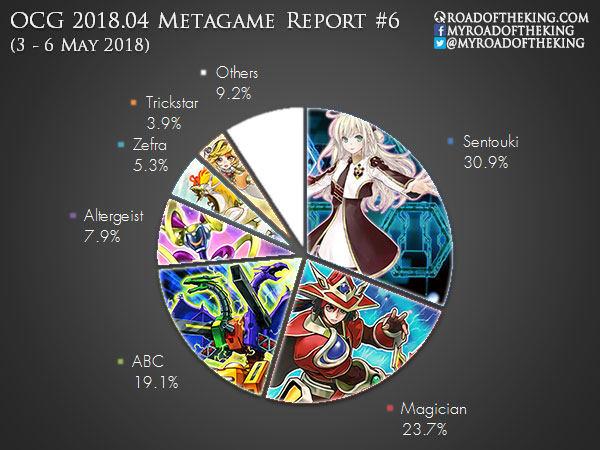 The largest tournament of the weekend was YOT Thailand 2018 and it saw 353 participants in the main event.

Cheung Wing Ho from Hong Kong came out victorious in the tournament with his Sky Striker deck, finishing with an impressive 13-1 (with no byes).

He is running a relatively old school build, using Upstart Goblin and Foolish Burial Goods for Metalfoes Fusion to fill up the graveyard with Spells while drawing into the key components.

He is also using Jet Synchron for the OTK combo using Crystron Halqifibrax and Summon Sorceress to bring out Hi-Speedroid Chanbara. 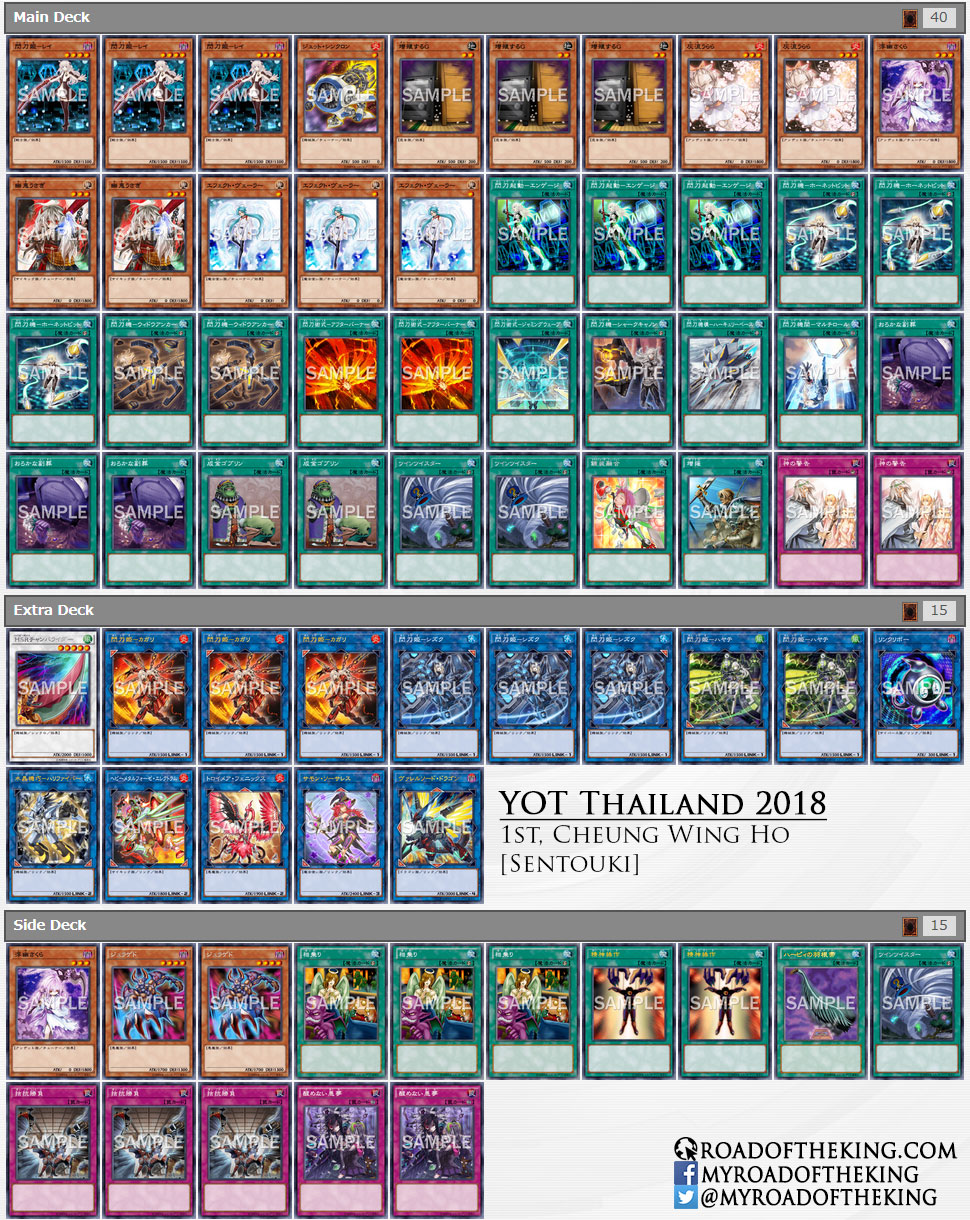 He is running the latest trending build of using Sky Striker Airspace – Area Zero with Mystical Space Typhoon and Twin Twisters. This build has a higher consistency of getting Sky Striker Ace – Raye to start generating card advantage earlier.

The other new trend is that players are now going for Glow-Up Bulb instead. This is also an OTK, but uses Crystron Halqifibrax to go into Borrelsword Dragon. The condition for setting up the OTK is much more stricter as it requires the opponent to have a monster with ATK 1500 or higher so that Sky Striker Ace – Hayate could suicide into it to send and then trigger Sky Striker Ace – Raye. However, the cost for reviving Glow-Up Bulb is much cheaper and frees up a space in the Extra Deck as Summon Sorceress is no longer required. 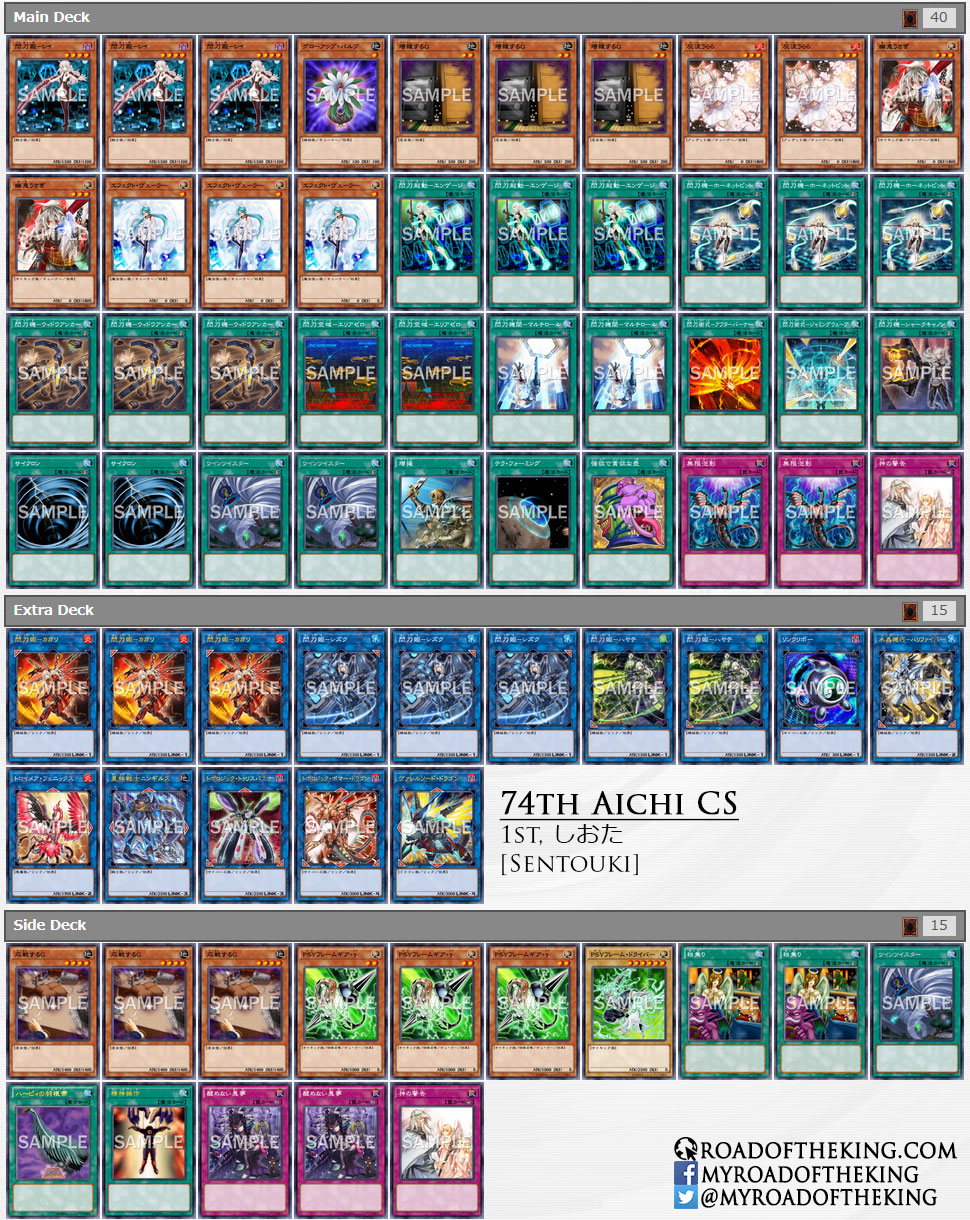 In the Extra Deck, he ran Wee Witch’s Apprentice instead of LANpholinkus.

The purpose of LANpholinkus was to provide two Link Arrows for Pendulum Summoning from the Extra Deck in the scenario that the opponent had banished Heavymetalfoes Electrumite using Ghost Reaper & Winter Cherries.

Wee Witch’s Apprentice fulfills the same purpose, but also provides an ATK boosts to DARK monsters, which covers a majority of the Magician and Sorcerer monsters.

Wee Witch’s Apprentice opens up the option of going into Summon Sorceress, and thus developing into a stronger board. 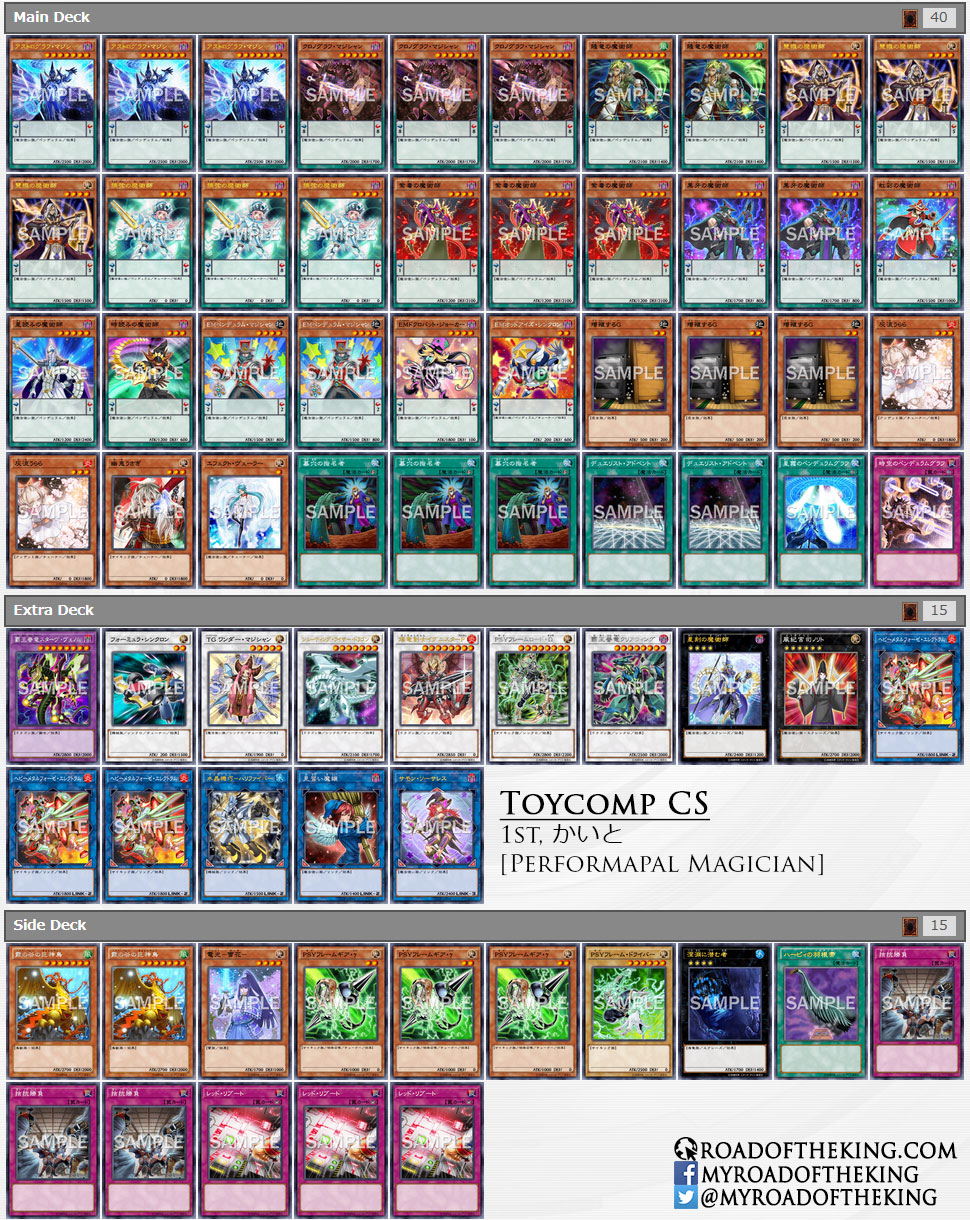 The deck also has a easier time going second with the Armageddon Knight sending Destrudo the Lost Dragon’s Frisson to Synchro Summon Yazi, Evil of the Yang Zing which would then bring out Mare Mare.

By not running Sky Striker Mecha – Hornet Drones or Shaddoll Fusion, Retaliating “C” cannot be easily Special Summoned against this deck, especially after siding out A Hero Lives. 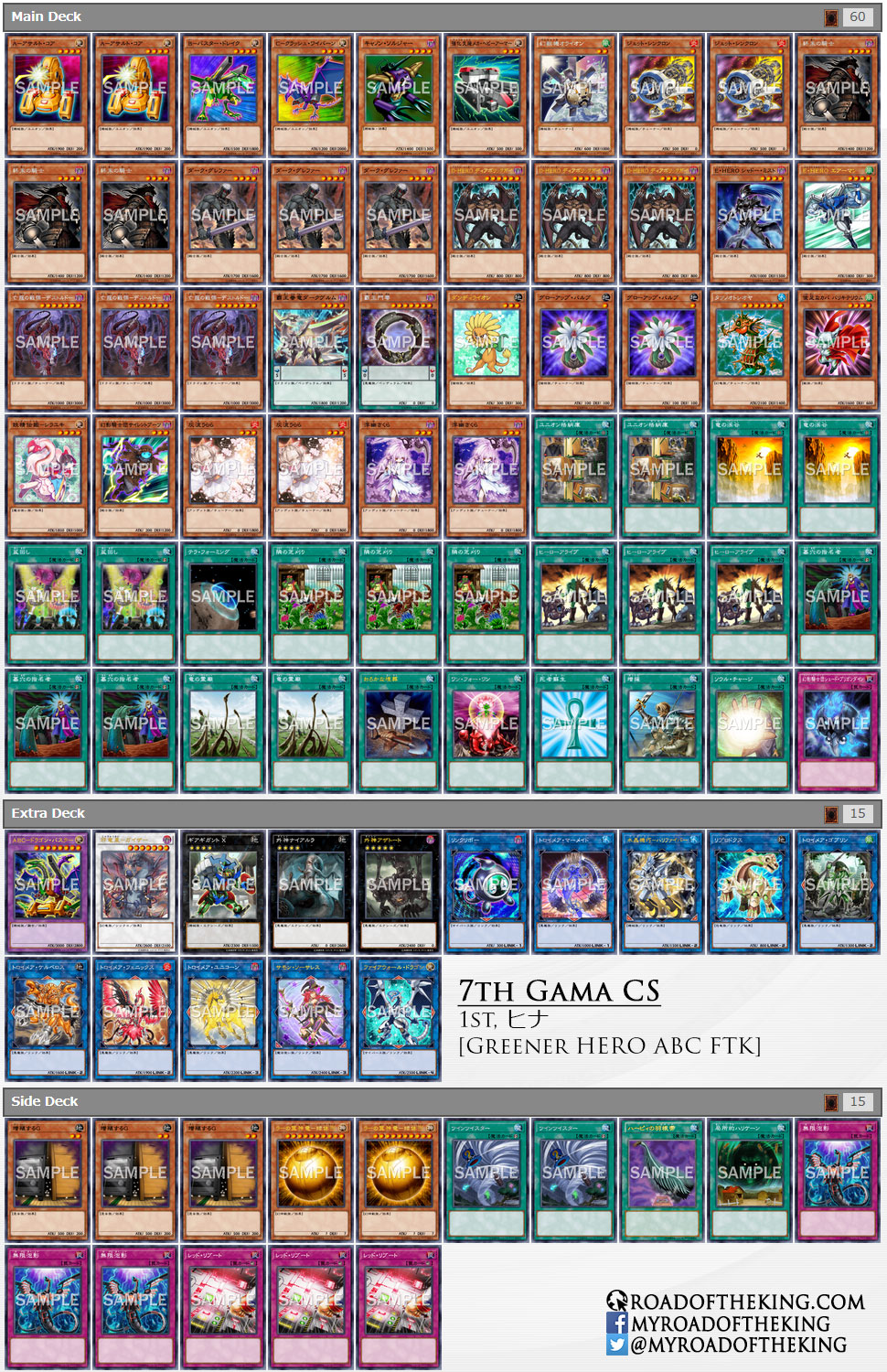 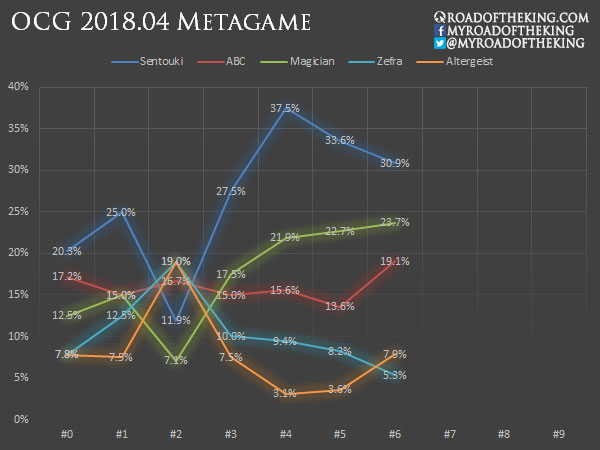 The conclusion of Golden Week and YOT Thailand 2018 saw Sky Striker and Magician remains as the top 2 decks to beat in the current OCG competitive scene.

This marks the start of the World Championship Qualifier (WCQ) season in Japan and Asia.

If you have enjoyed these Weekly Metagame Reports, do consider supporting Road of the King on Patreon. Thank you.