Golden Week in Japan and Duel City Championship 2017 in China.

This report will cover 110 top-performing decks from 17 tournaments that were held in Japan and China during 28 April – 1 May 2018. 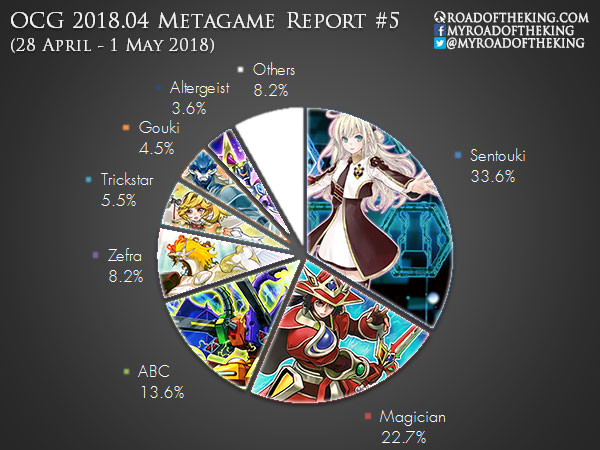 Shino (しの) had a great run over the weekend with his unique Sky Striker build.

Duel City Championship 2017 had 31 participants with the following metagame breakdown:

Tonybear earned his invitation in the morning when he won one of the last chance qualifiers, Duel City 2017 SP5. He carried his momentum from his SP5 victory into the afternoon and went 6-0-1 to finish as the grand champion of the Duel City Championship 2017.

He ran an old school build that is lacking of Glow-Up Bulb and Naturia Beast, a currently trending tech against Sky Striker. 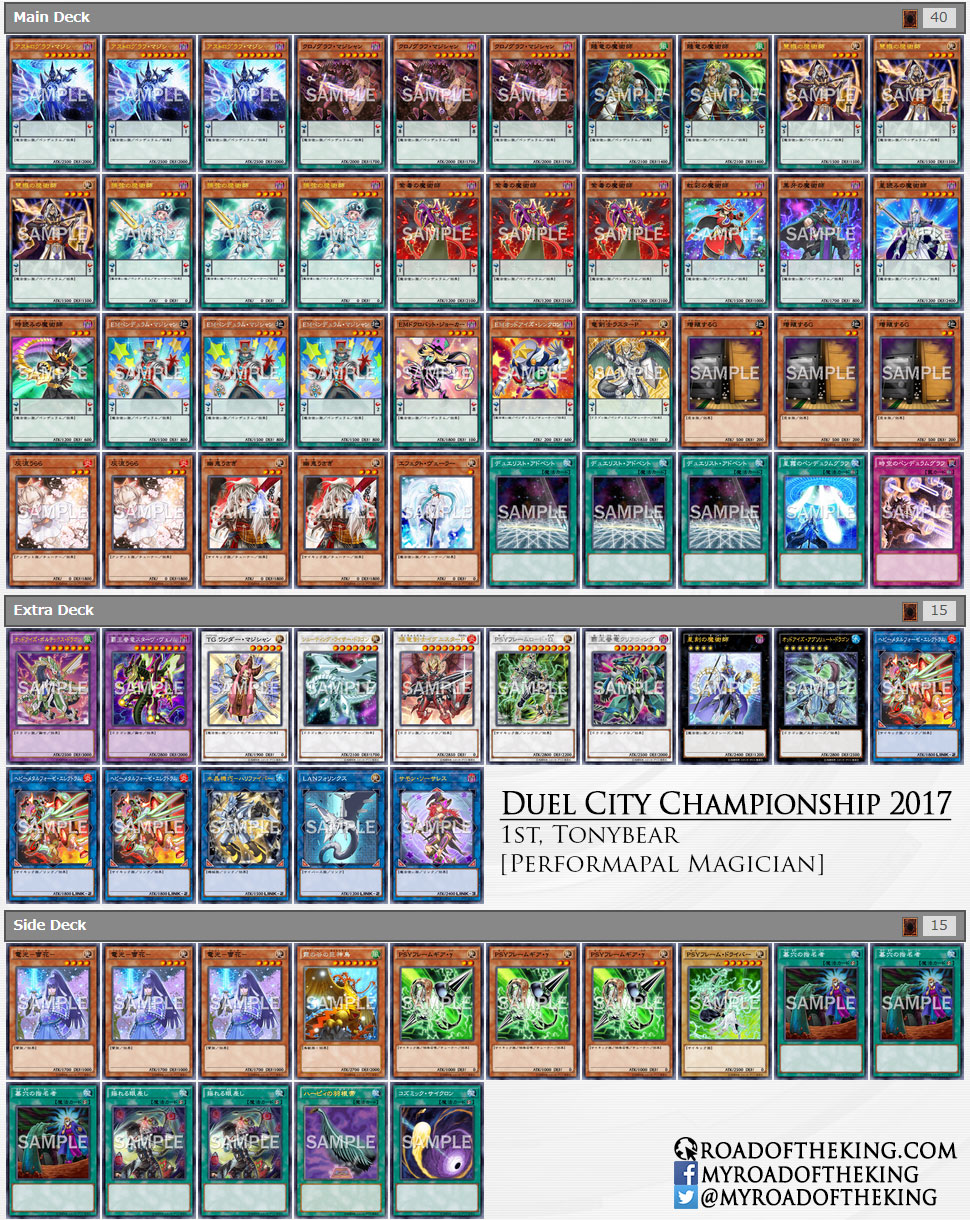 Happy (ハッピー) went 6-3 and finished 2nd in “6th Garosu CS with Hatti CS” (2v2 Team) which had 50 teams (100 participants).
‏
He ran Borrelsword Dragon instead of Borreload Dragon in the Extra Deck, a new trend among ABC players.

This is a new strategy to set up an Extra Link using Borrelsword Dragon, Knightmare Mermaid, Knightmare Goblin, Knightmare Phoenix and Knightmare Unicorn all co-linked together, with a ABC-Buster Dragon, while giving the opponent Knightmare Corruptor Iblee.

This setup is made to lockdown Sky Striker. Knightmare Corruptor Iblee in the opponent’s Main Monster Zone prevents the opponent from playing most of their “Sky Striker” Spell Cards. The Extra Link locks out both Extra Monster Zone, disallowing the opponent from using Iblee for a Link Summon. Finally, if the opponent attempts to suicide Iblee by attacking with it, Borrelsword Dragon would turn Iblee to Defense Position and stop the attack.

Their only out to this is to destroy Iblee with Sky Striker Airspace – Area Zero or Sky Striker Mecha Modules – Multirole, both of which could be stopped by ABC-Buster Dragon.

PSY-Framegear Gamma is run in the Side Deck to counter Retaliating “C”. 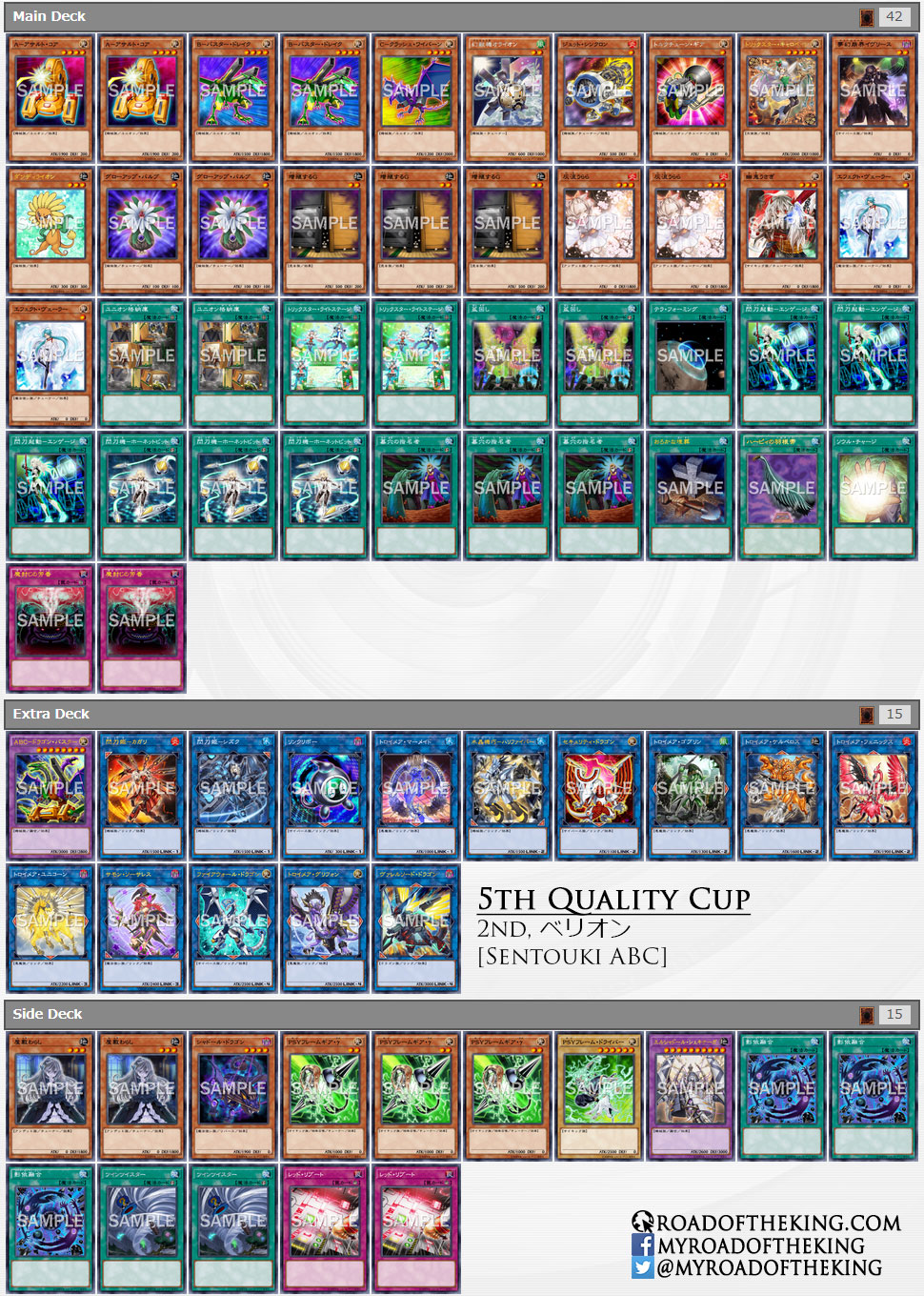 This weekend was the start of the Golden Week in Japan, and the holiday saw a huge increase in tournaments and turnouts. Meanwhile, China had the grand conclusion of their Duel City Championship 2017.

Together we have hundred of top-placing deck lists across several tournaments, giving us a fairly accurate depiction of the current OCG 2018.04 competitive scene.

The Golden Week continues into Week #6 and we can expect more tournaments on Thursday to Sunday in Japan.

YOT Thailand 2018 will also be happening in the upcoming weekend and you will be able to follow the tournament on Yu-Gi-Oh! Events or Beyond the Duel.