This report will cover 40 top-performing decks from 6 tournaments that were held in Japan during 31 March – 3 April 2018. 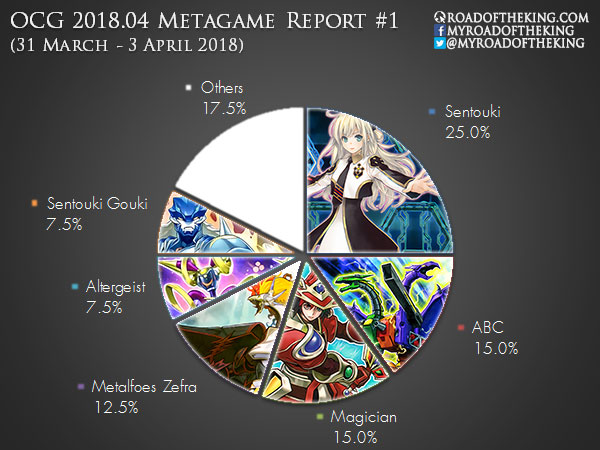 He is running the full 3 Effect Veiler in the Main Deck, and having Infinite Impermanence only in the Side Deck.

Effect Veiler is seeing increasingly more play in the Main Deck when compared with Infinite Impermanence.

Effect Veiler being a Tuner, can be used with Sky Striker Mecha – Hornet Drones to Link Summon Crystron Halqifibrax.

Having Shared Ride in the Side Deck against Sky Striker is also seeing increasing play. Shared Ride allows the player to keep up with the card advantage generated from the opponent’s Sky Striker Mobilize – Engage!.

Eatos (エアトス) and Chari (ちゃり) ran the exact same 73 cards and together they dominated the “67th Aichi CS in NextPro Osu Shop with Hatti CS” which had 55 participants. Eatos went 8-0 and finished 1st, while Chari went 6-2 and finished 2nd .

For their Sky Striker ABC build, in addition to the 3 Effect Veiler in the Main Deck, there is also a Torque Tune Gear. Torque Tune Gear being a LIGHT Machine-Type Union Tuner monster, is searchable by Union Hangar.

This deck is heavily optimized to Link Summon Cystron Halqifibrax, having multiple methods to open with a Special Summoned monster and a Tuner. 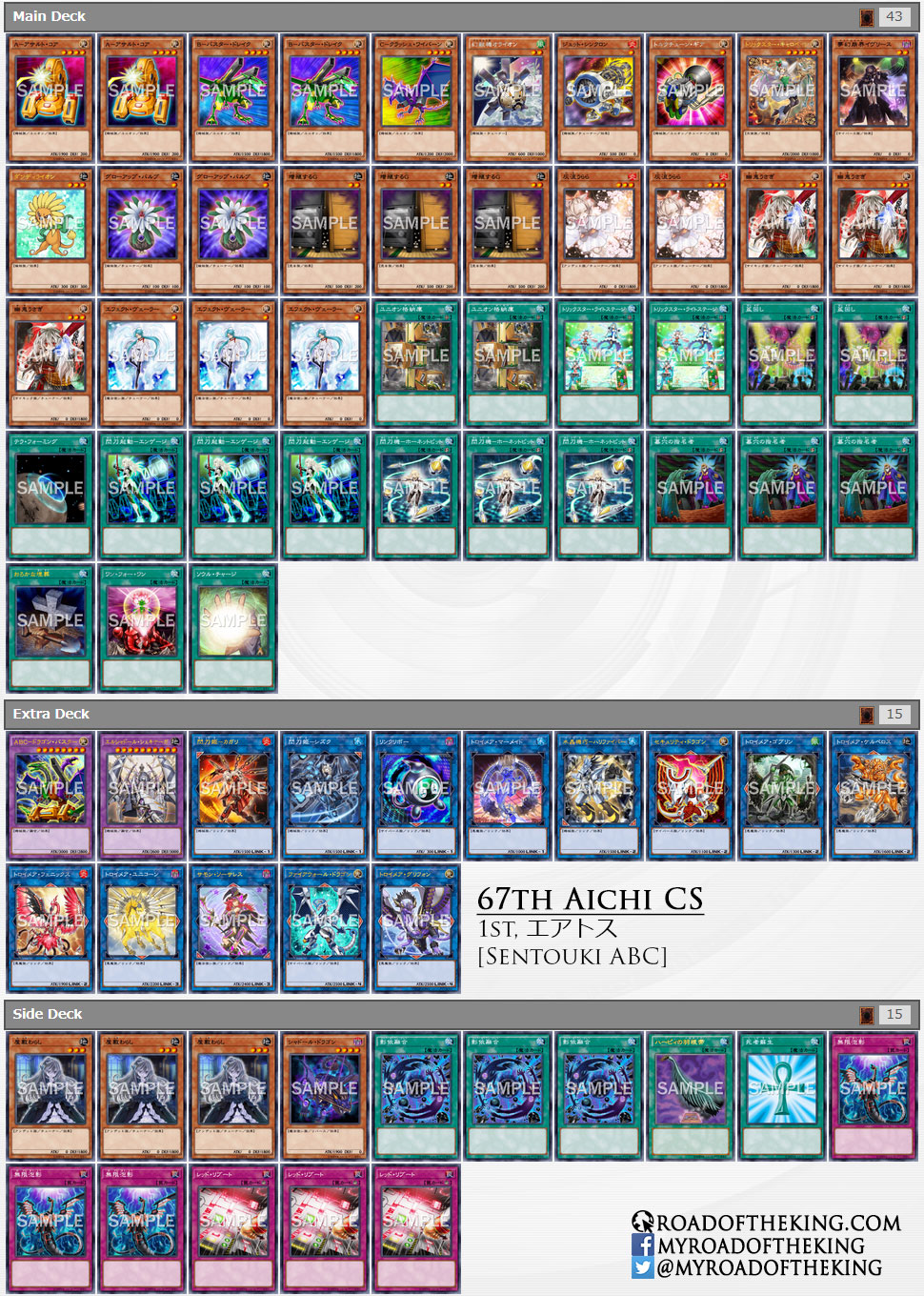 He teched 3 copies of Secret Village of the Spellcasters in the Side Deck against Sky Striker. 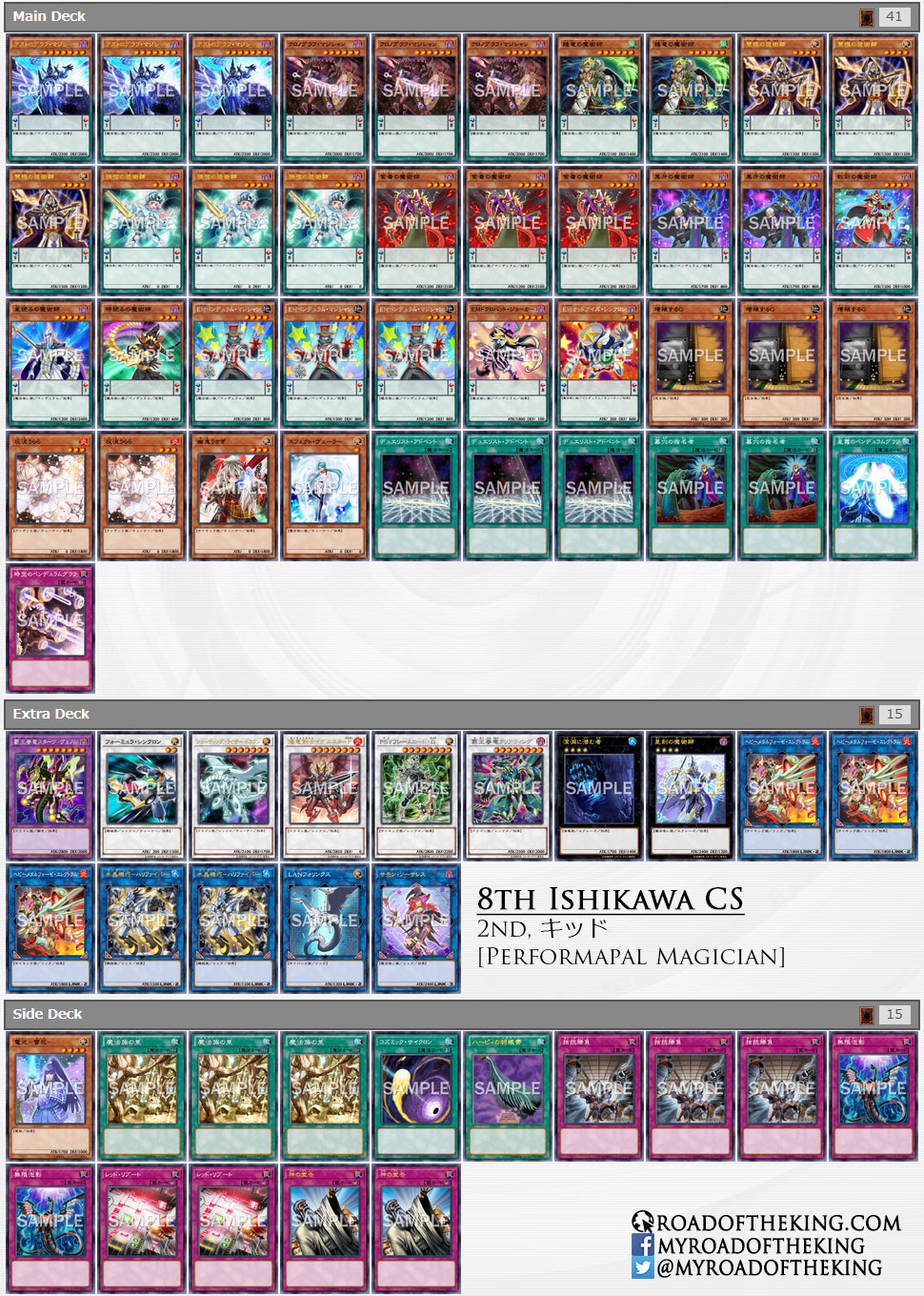 Compared to the mono variant which uses Dragon Shrine, Supreme King Dragon Darkwurm and Destrudo the Lost Dragon’s Frisson, the Metalfoes variant has a much higher consistency. The requirement of a Pendulum Scale 1 Metalfoes Monster is easily achieved with 3 Metalfoes Goldriver, 3 Metalfoes Silverd and 2 Painful Decision in the deck. Zefraath can be played in 3 copies, and is also searchable by Oracle of Zefra and Zefra Providence.

ATM went 7-0 and finished 1st in “8th Ishikawa CS” which had 36 participants. 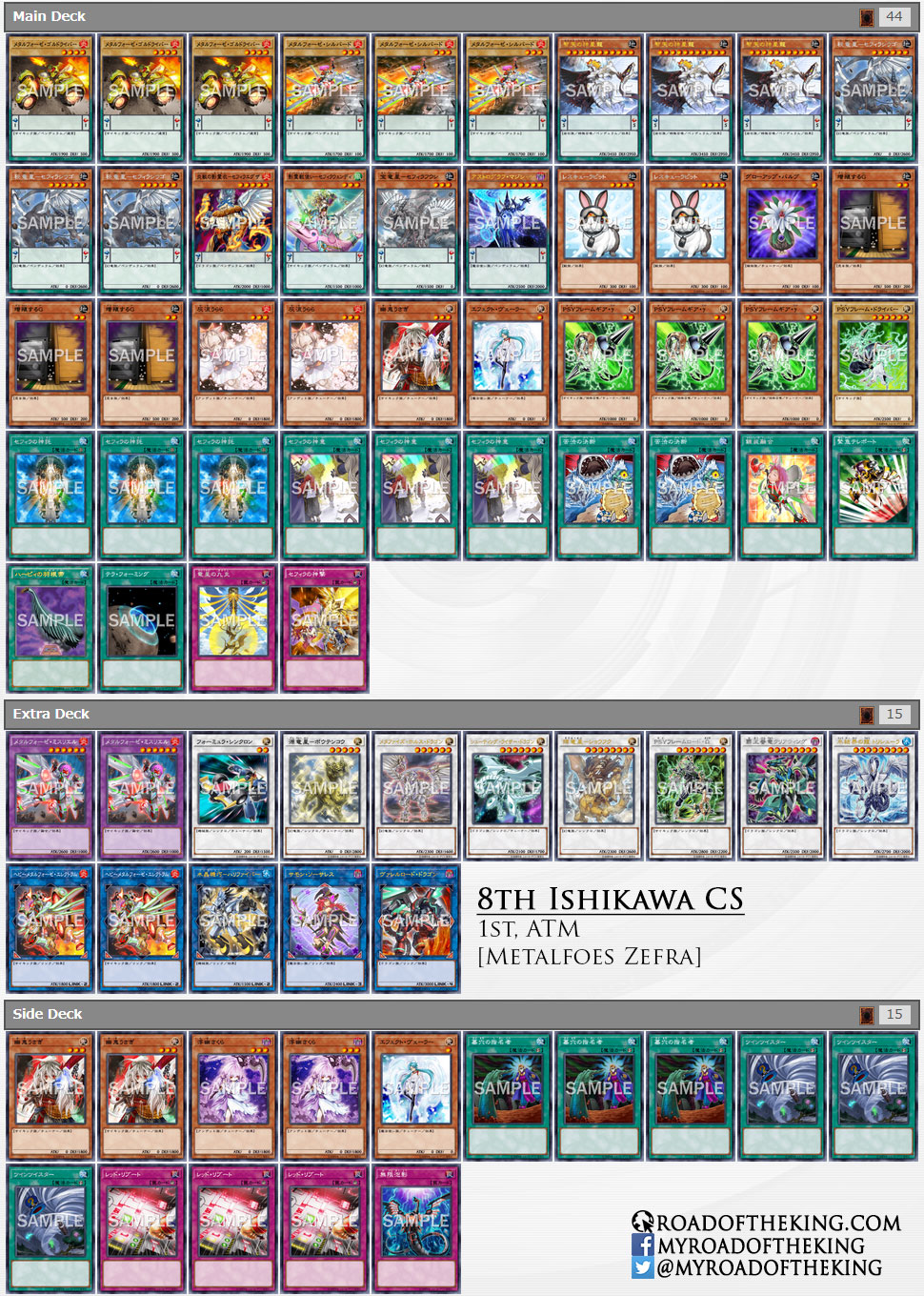 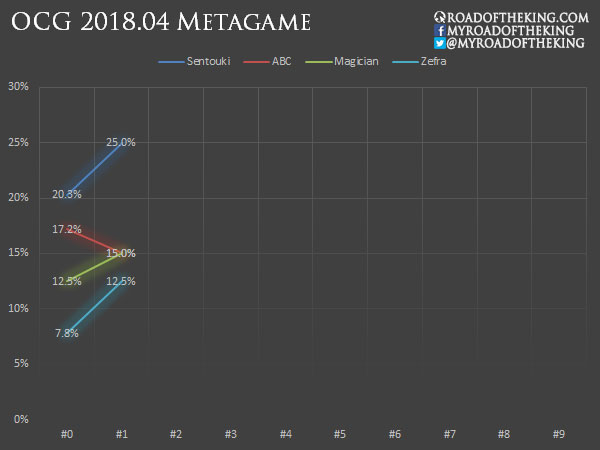 A condensed compilation of the overall breakdown in each of this week’s tournaments and the respective Top Cut breakdown is available below.

Sky Striker is the most popularly played, and frequently makes the top cut as well, evidently one of the best deck for the current competitive scene.

ABC and Magician have a good representation as well, and puts out equally good results, but just slightly behind Sky Striker.

Zefra is overperforming, having a smaller showing, but often getting into the Top Cut.

Altergeist is underperforming, being one of the more popularly played decks, but seldom making into the Top Cut.