The second Monday of January marks the Coming of Age Day (成人の日) which is a public holiday in Japan, and thus allowing for more tournaments to be held over the extended weekend.

This report will cover 90 top-performing decks from 11 tournaments that were held in Japan and Hong Kong during 1 – 9 January 2018. 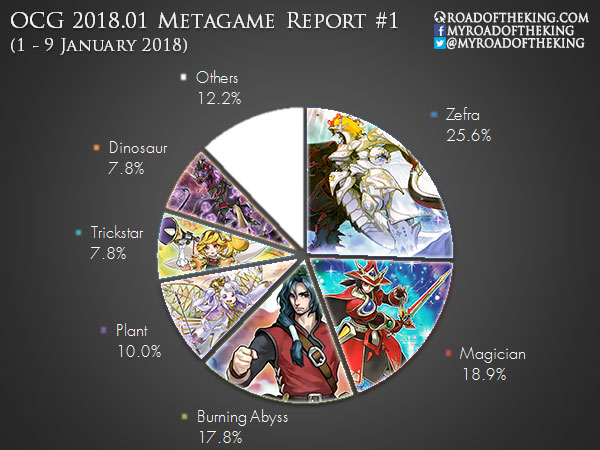 Most Zefra builds have dropped the set of PSY-Framegear Gamma and PSY-Frame Driver, opting instead to run Ghost Reaper & Winter Cherries.

As almost every top competitive deck is reliant on Crystron Halqifibrax to start their combo, denying the opponent of Crystron Halqifibrax is often good enough to stall their gameplan. Against Magician, Ghost Reaper & Winter Cherries can be used to deny Heavymetalfoes Electrumite. 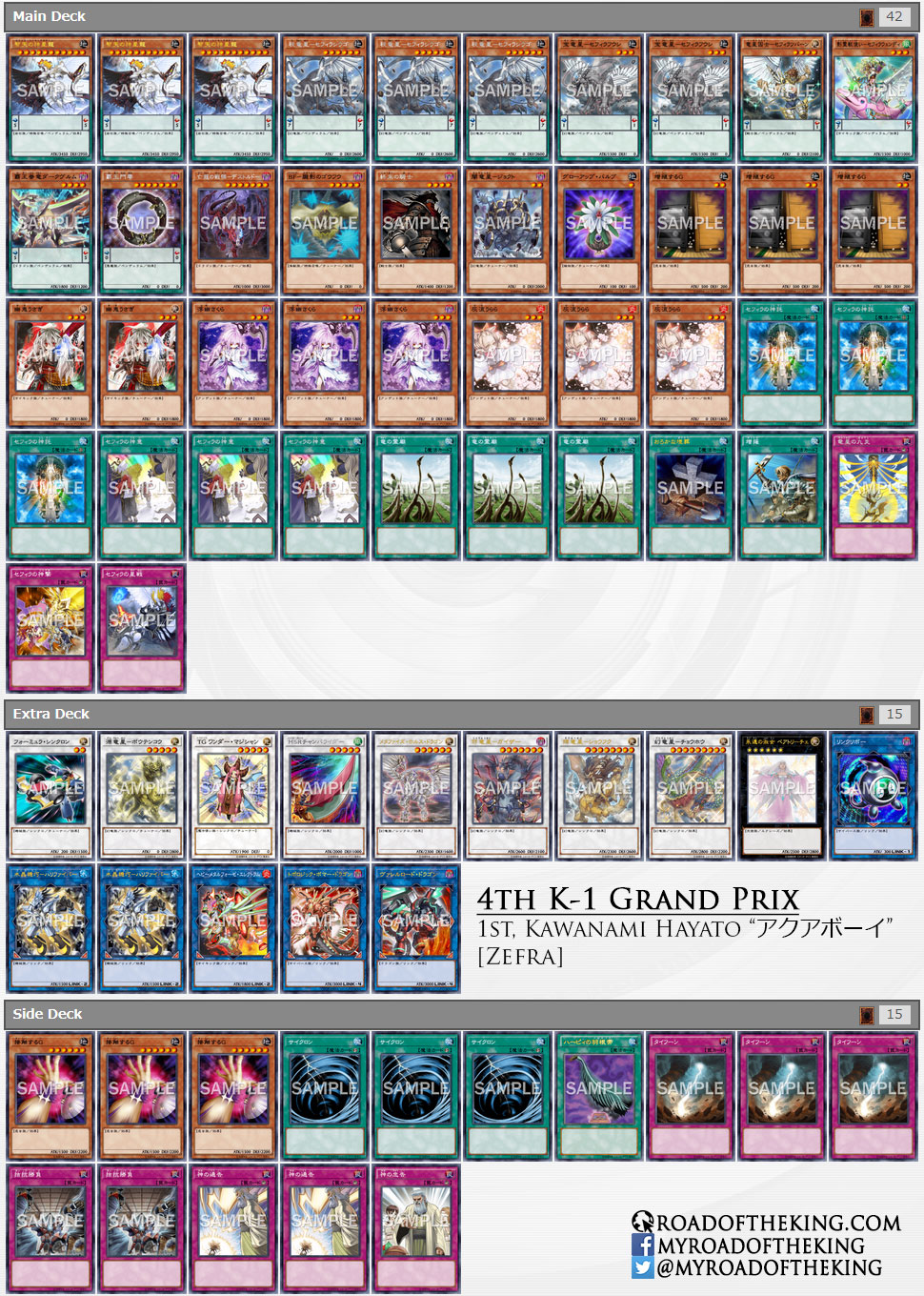 Magician builds that had topped this week are rather evenly spread across the three variants – mono, Supreme King and Performapal.

Inakingu (いなきんぐ‏) went 8-2 and finished 3rd in “Tokyo Yu-Gi CS” which had 148 participants. 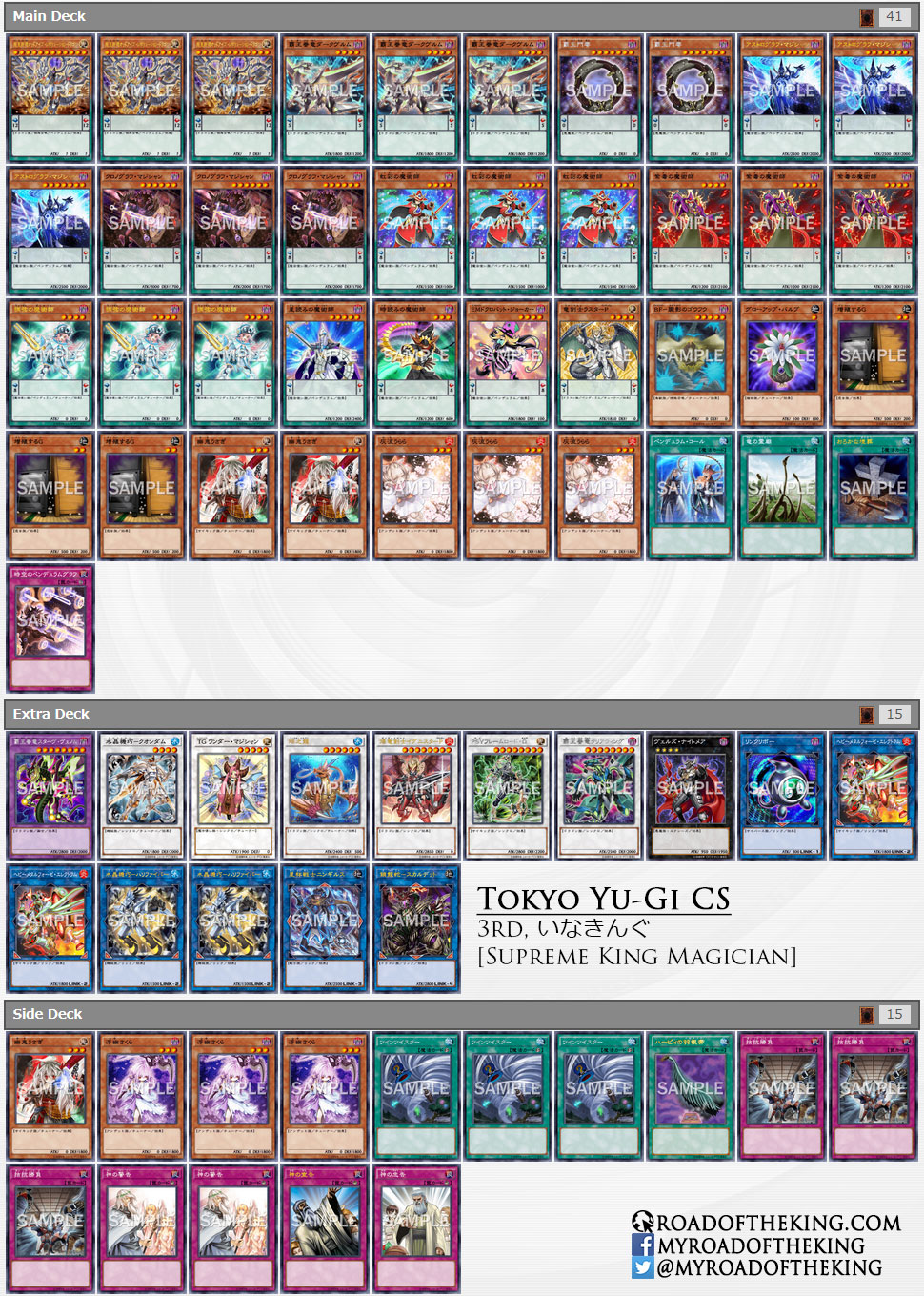 As more players are running Evenly Matched in the Side Deck, Continuous Trap Cards like Anti-Spell Fragrance and Unending Nightmare become much less effective.

Dimensional Barrier can be chained to Evenly Matched, preventing the opponent from making any Pendulum plays for a turn, while still allowing the Burning Abyss player to retain at least a monster, which would often be Beatrice, Lady of the Eternal. 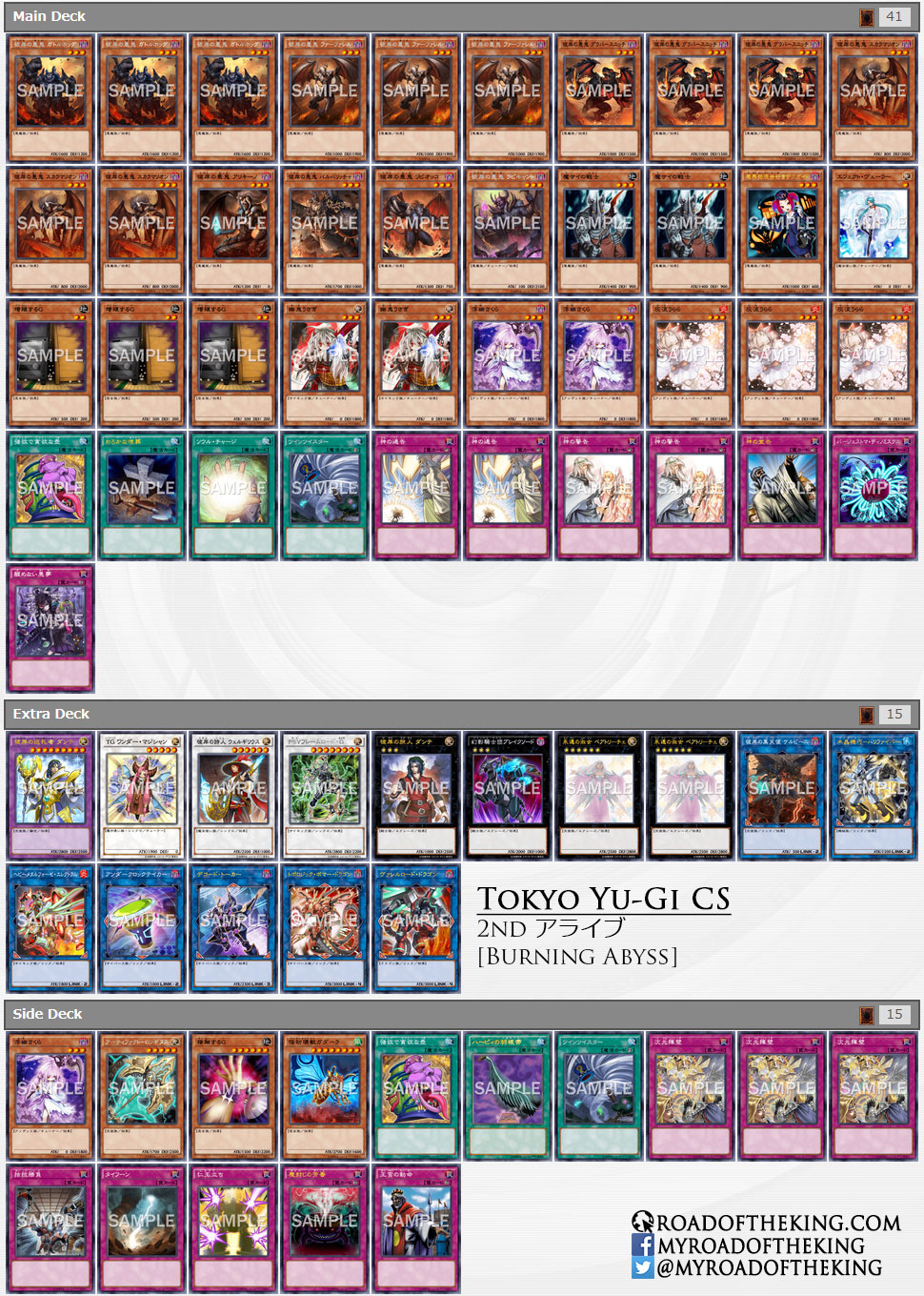 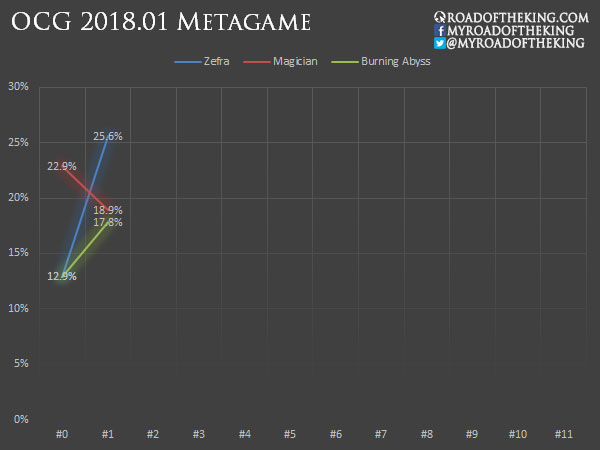 Zefra, Magician and Burning Abyss prevail as the top competitive decks, while Plant and Trickstar are losing their foothold.

The rising popularity of Ghost Reaper & Winter Cherries in the Main Deck affects Plant adversely. While not all players are running Topologic Bomber Dragon in the Extra Deck to outright stop the FTK, denying Crystron Halqifibrax is sufficient to stifle the Plant’s opening play.

The coming week will be the release of the next main set – Flames of Destruction.