This report will cover 48 top-performing decks from 7 tournaments that were held in Japan and China during 14 – 17 October 2017. 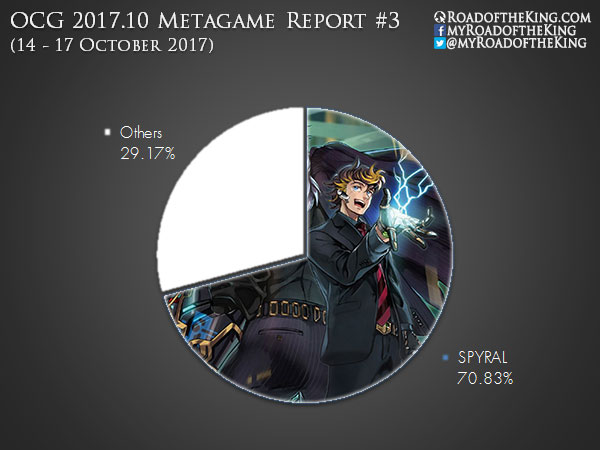 Borreload Dragon has become a main stay in the Extra Deck of a SPYRAL deck. Its main purpose is to answer SPYRAL Sleeper.

The 3rd Duel of the Hatti Grand Championship 2017 Final Match is the perfect illustration of how Borreload Dragon could turn the tables when going second.

In this match, we have Raker (レイカー) on the left playing against JOE on the right. JOE had already won the first 2 Duels, and in this best-of-5 series, winning the 3rd Duel would mean winning the Hatti Grand Championship 2017 for JOE. 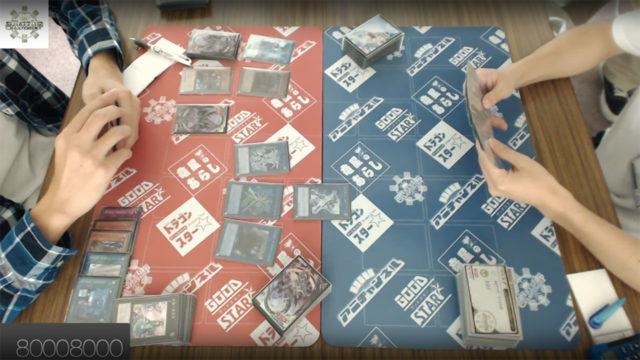 Raker went first and was able to pull off his combo without any disruptions from JOE.
He ended with 4 threats on the field:
a 3 co-linked Tri-Gate Wizard,
a 1 co-linked Firewall Dragon,
a SPYRAL Sleeper equipped with SPYRAL GEAR – Last Resort,
and a set SPYRAL GEAR – Utility Wire. 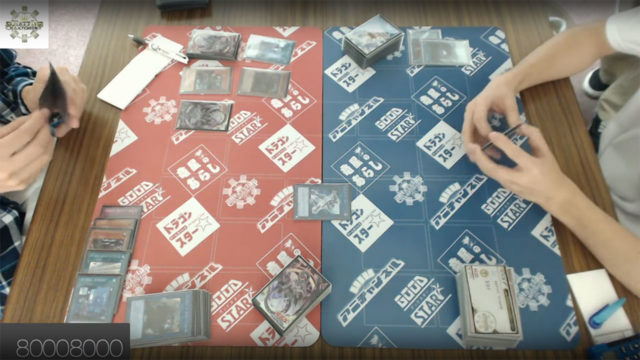 JOE had a Harpie’s Feather Duster which managed to force a negation from Tri-Gate Wizard, and it was followed by a Dark Hole. That left Raker with only SPYRAL Sleeper as the remaining threat. 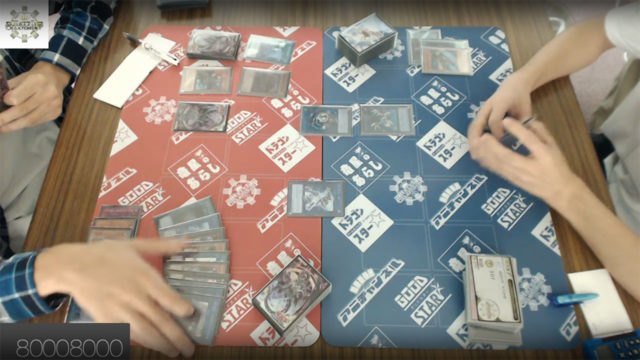 JOE then Special Summoned Blackwing – Gofu the Vague Shadow, and with its Tokens, they became Linkuriboh and Proxy Dragon. That forced Raker to destroy them with SPYRAL Sleeper‘s effect. 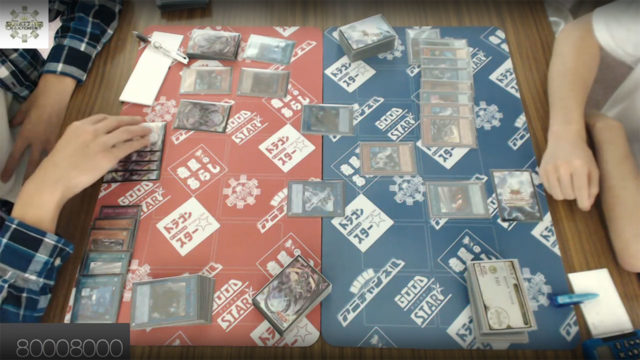 When SPYRAL GEAR – Big Red was activated, targeting SPYRAL GEAR – Drone, Raker responded with D.D. Crow. At this point, JOE took a risk and declared “Monster” for the effect of SPYRAL Double Helix, and Lady Luck was smiling down on him – Raker flipped over the top of his deck to reveal Ghost Ogre & Snow Rabbit.

This is the critical point in the game. JOE could have Special Summoned SPYRAL Master Plan, and Link Summon Borreload Dragon. Borreload Dragon would take control of Raker’s SPYRAL Sleeper, allowing JOE to develop his board further and clear his opponent’s board.

There is the possibility that JOE had sided out SPYRAL Master Plan, so an alternative play is to Special Summon SPYRAL Super Agent to destroy the opponent’s SPYRAL Resort. This follow-up might be weaker, but it would still lead to Link Summoning Borreload Dragon and taking control of SPYRAL Sleeper. 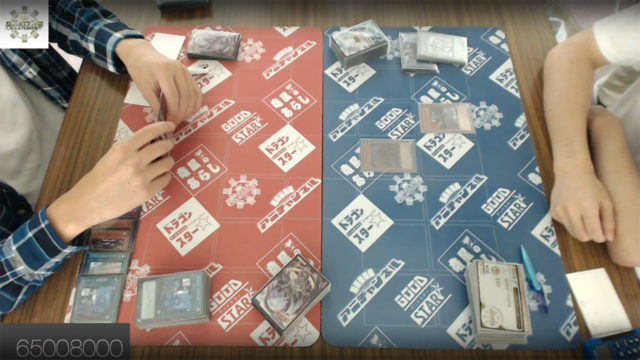 However, JOE went for a very underwhelming play. He added SPYRAL Sleeper to hand, and then Link Summon Ningirsu the World Chalice Warrior to trade with Raker’s SPYRAL Sleeper. JOE then played his own SPYRAL Sleeper equipped with SPYRAL GEAR – Last Resort, but that was easily answered by Raker in the next turn. JOE would go on to lose that Duel.

Link Summoning Skull Dread using 4 monsters would very often lead to a win since you could improve your hand by swapping away the weaker cards, but the cases of having 4 monsters with different names are quite uncommon. Blackwing – Gofu the Vague Shadow + SPYRAL Quik-Fix is the most popular combination to Link Summon Saryuja Skull Dread. 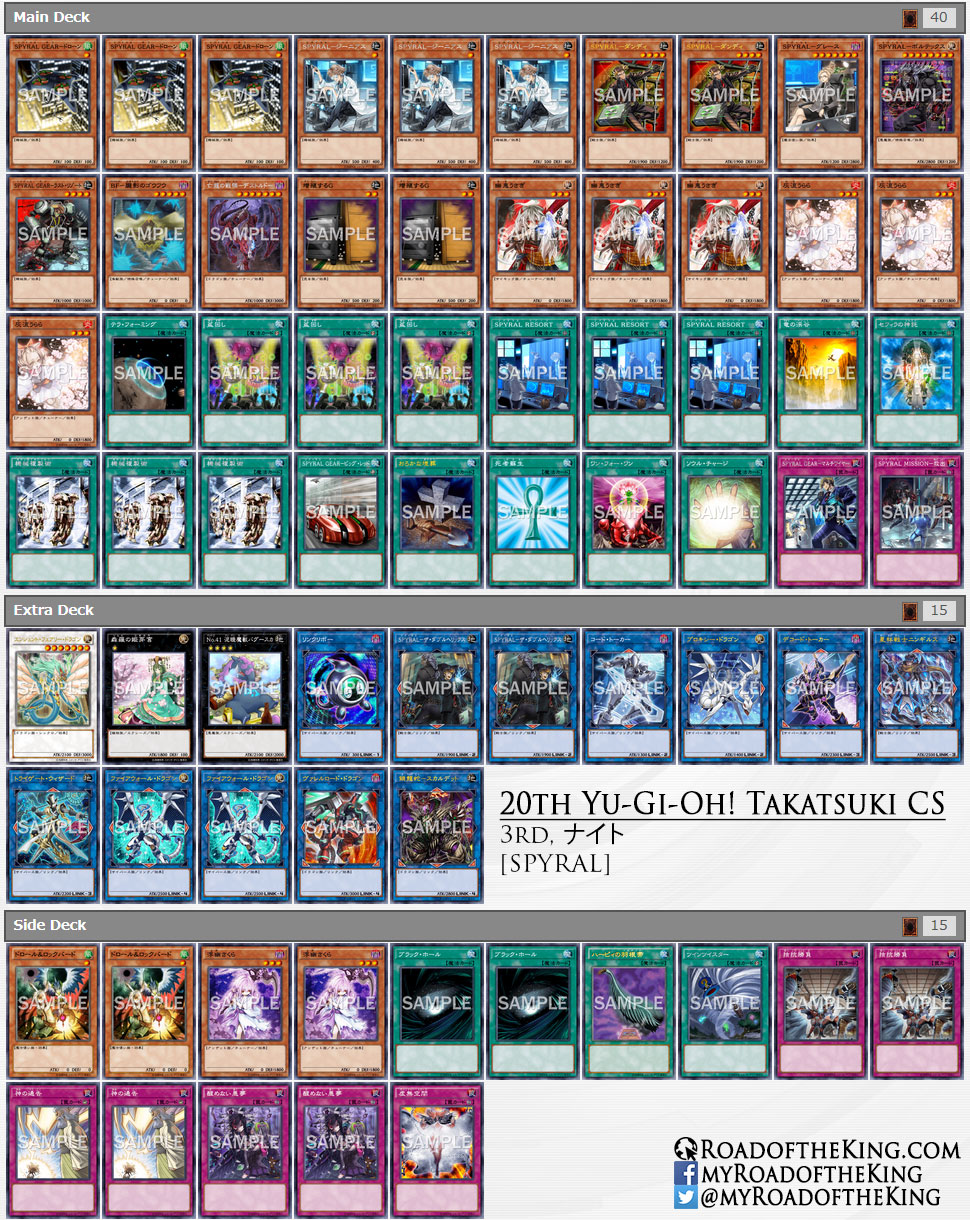 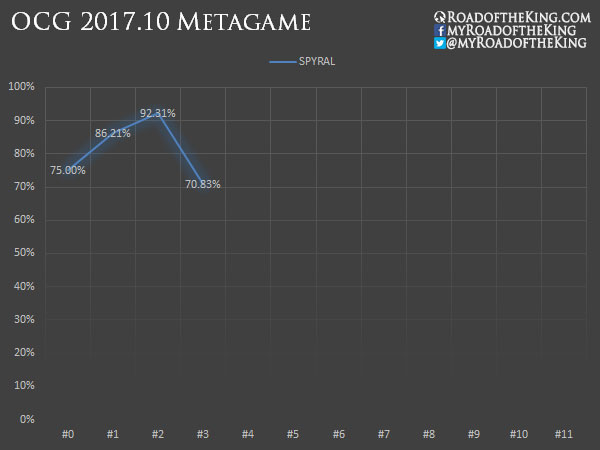 The debut of Extreme Force has minimal impact on the current SPYRAL metagame, but it brought along a couple of new interesting cards for the rogue decks.

Inspect Boarder is a great addition for Control decks such as Meta Beat and Artifact Star Seraph Parshath to limit the amount of Monster Effects that can be activated per turn.