Return of the Zoodiac.

This report will cover 58 top-performing decks from 7 tournaments that were held in Japan and China during 29 – 30 April 2017. 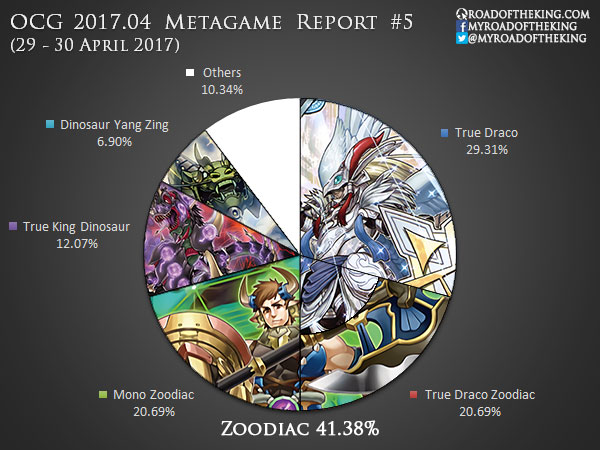 Macro Cosmos is the most impactful card in the current metagame – True Draco’s Continuous Spell and Trap cards, and Dinosaur’s Petiteranodon and Babycerasaurus both need to be sent to the graveyard to have their Trigger Effects activate. This gives Mono Zoodiac an absolute advantage when going first.

When going second, Mono Zoodiac has a huge arsenal of “Hand Traps” to disrupt the opponent’s game plan.

Overall, Mono Zoodiac has one of the most favorable odds when going either first or second, as the deck can adjust the Trap Cards and “Hand Traps” ratio accordingly between Duels.

The choice of running Santa Claws over Kaiju in the Side Deck is because Santa Claws is special summoned in Defense Position, and thus can be easily removed using Zoodiac Whiptail without losing the Zoodiac Xyz Monster. 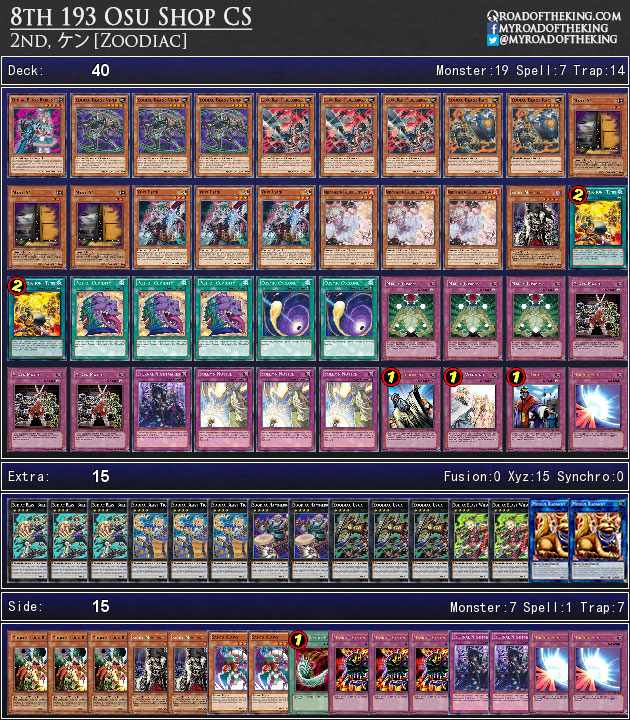 It combines the best of Zoodiac and True Draco, and is much less vulnerable to Forbidden Chalice.

Similarly, it is also running Macro Cosmos in the Side Deck. 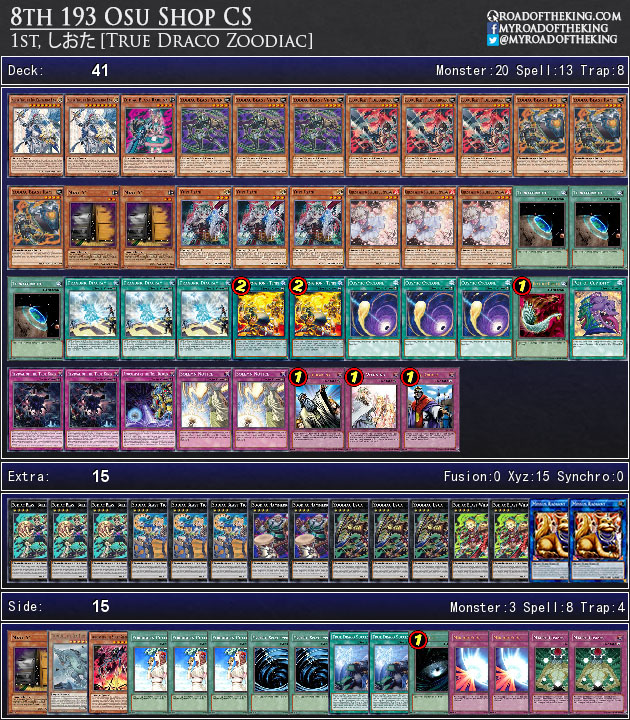 The popularity of Macro Cosmos this week has made Demise True Draco the preferred True Draco variant. 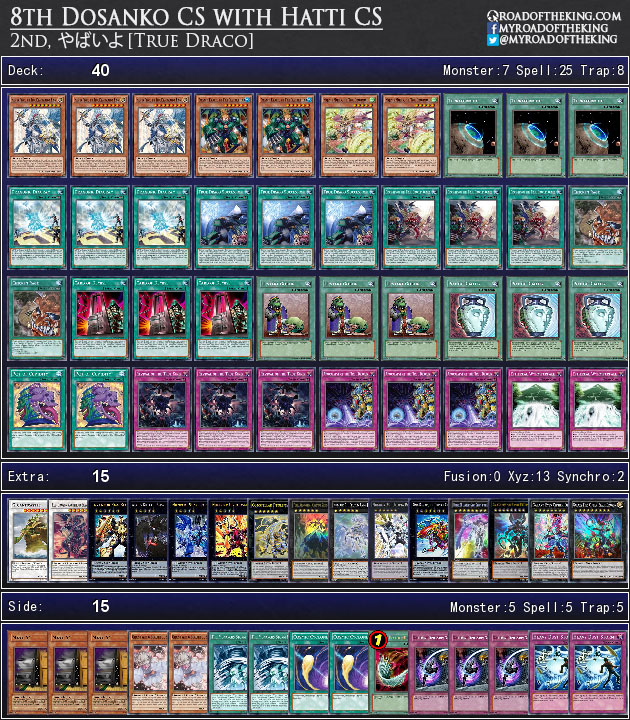 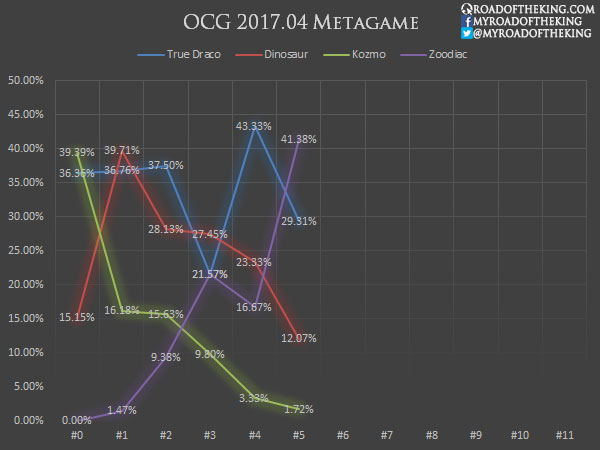 Midway into the OCG 2017.04 format, we are experiencing a sudden resurgence of Zoodiac as a top contender.

The rising popularity of Macro Cosmos was a big hit to Dinosaur as its numbers took a plunge this week.

The Asia Championship 2017 Summer Qualifiers will begin this coming weekend, starting off with Thailand.