This report will cover 52 top-performing decks from 7 tournaments that were held in Japan during 28 – 29 January 2017.

The previous naming convention – “True Draco Zoodiac” and “Zoodiac True Draco” – were rather confusing and non-intuitive.

To avoid any misunderstanding, “True Draco Zoodiac” has been renamed to “Master Peace Zoodiac”.

Master Peace Zoodiac has a heavy Zoodiac core, and runs a minimal of True Draco cards to support Master Peace.

Some variant may run 1 – 2 Mariamne, the True Dracophoenix.

Zoodiac True Draco, on the other hand, has a heavy True Draco core, and runs a minimal of Zoodiac cards. 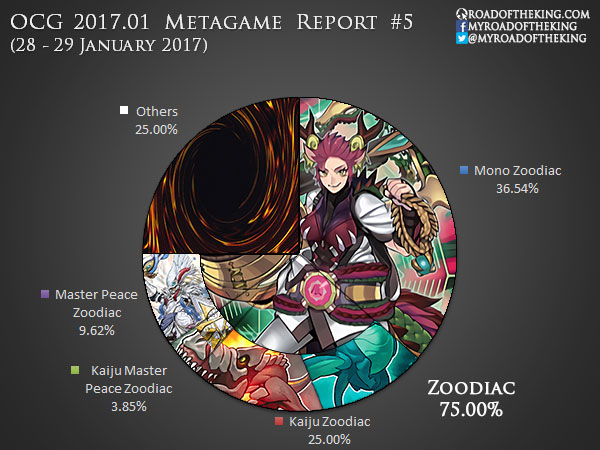 Mono Zoodiac controls the game by disrupting the opponent’s strategy through Trap cards. However, a deck that is heavy on Trap cards oftens performs poorly when going second.

By cutting down traditional Trap cards for more Hand Quick Effect monsters (“Hand Traps”), mono Zoodiac can disrupt the opponent even when they go first, thus improving their odds when going second.

In addition to the regular “Hand Traps” (Maxx “C”, Ghost Ogre & Snow Rabbit and Ash Blossom & Joyous Spring), Flying “C” is making a big return due to the rising popularity of mono Zoodiac.

Among the 19 mono Zoodiac, 15 of them are running Interrupted Kaiju Slumber in their Side Deck – allowing them to switch into Kaiju Zoodiac when facing True Draco. 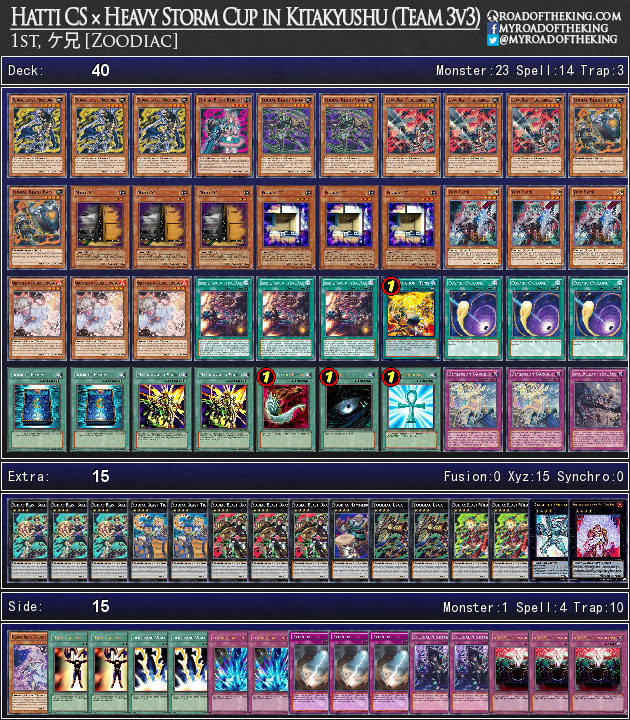 Kaiju Zoodiac has a good matchup against True Draco, but struggles against mono Zoodiac.

With almost everyone playing Ash Blossom & Joyous Spring and My Body as a Shield, it is difficult for Interrupted Kaiju Slumber to resolve successfully.

Coral Dragon is an interesting tech to get rid of Flying “C” by using Ghost Ogre & Snow Rabbit or Ash Blossom & Joyous Spring as the Tuner for the Synchro Summon.

Amusingly, Kaiju Zoodiac has stocked up their Side Deck with plenty of Trap cards – allowing them to switch into mono Zoodiac in a mirror match. 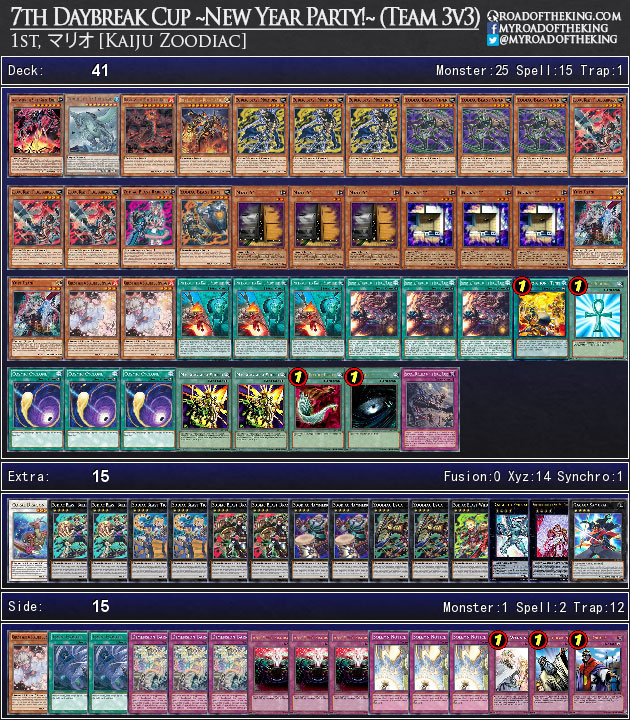 Although Master Peace, the True Dracoslaying King is strong against mono Zoodiac, most mono Zoodiac are prepared with Kaiju in their Side Deck.

Even Master Peace Zoodiac themselves are running Kaiju in the Side Deck.

The popularity of True Draco and Master Peace continues on a steady decline. 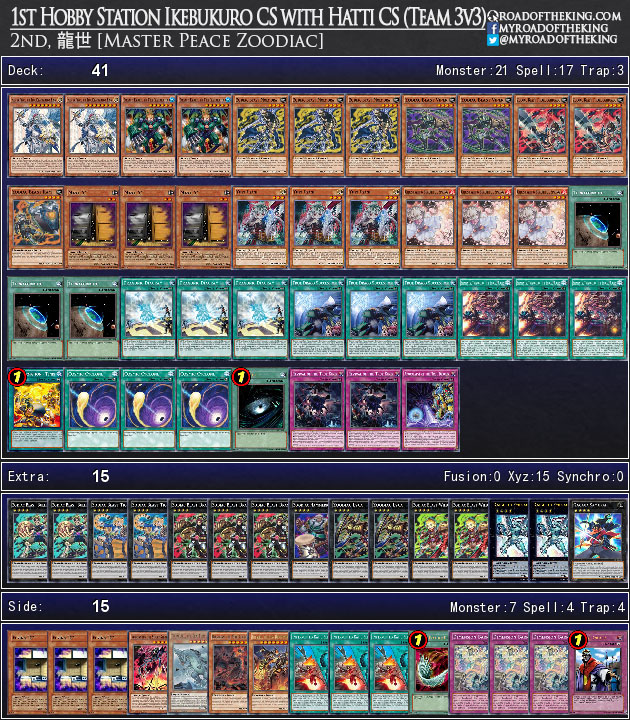 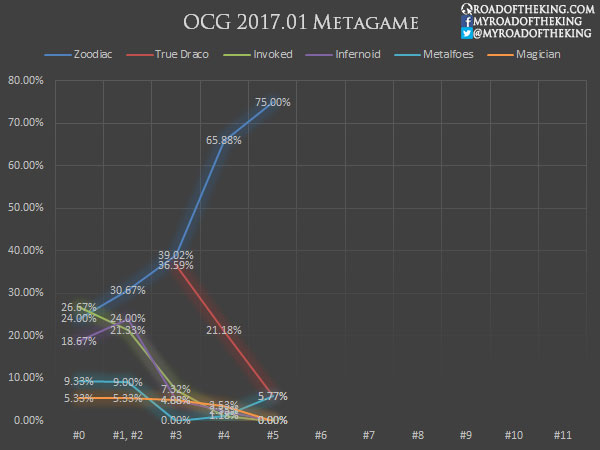 The current OCG metagame is basically Zoodiac variants fighting among themselves.

Based on my personal observation (take it with a pinch of salt), I feel that the Zoodiac variants are in a Rock-Paper-Scissors balance.

However, the boundaries between the variants are very much blurred due to them being able to switch into another variant using the Side Deck. 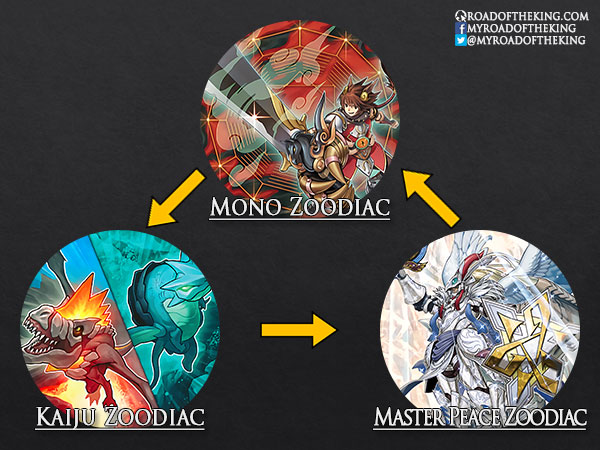