The metagame has settled between Zoodiac (with a sprinkle of Kaiju) and True Draco.

This report will cover 85 top-performing decks from 11 tournaments that were held in Japan and Hong Kong during 21 – 22 January 2017.

Edit: Zoodiac that are splashing Master Peace will be now known as Master Peace Zoodiac, to differentiate them from Zoodiac True Draco. 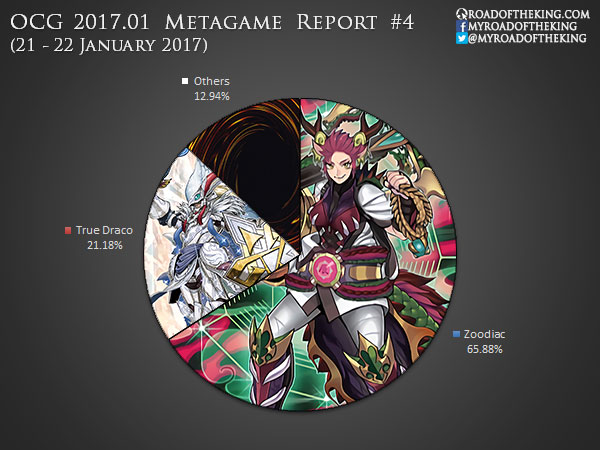 Mono Zoodiac makes a surprising resurgence this week. By running a huge amount of disruption in the form of Hand Quick Effect monsters (“Hand Traps”) and Trap cards, they aim to stop the opponent from playing out their strategy. 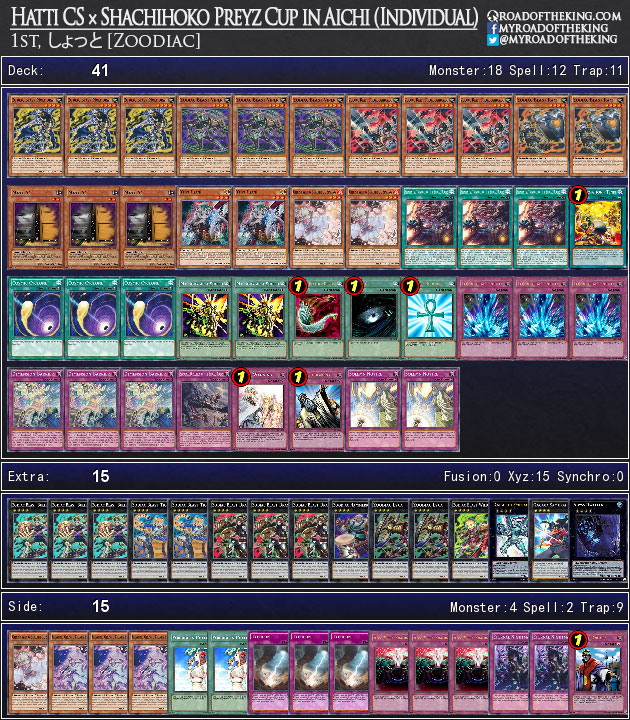 True Draco is reliant on Dragonic Diagram to start their engine.

Popular disruption like Ghost Ogre & Snow Rabbit, Ash Blossom & Joyous Spring in the Main Deck and Typhoon in the Side Deck are giving True Draco a difficult time.

To avoid being outright stalled by a single “Hand Trap”, True Draco are hedging on a heavier Zoodiac core. 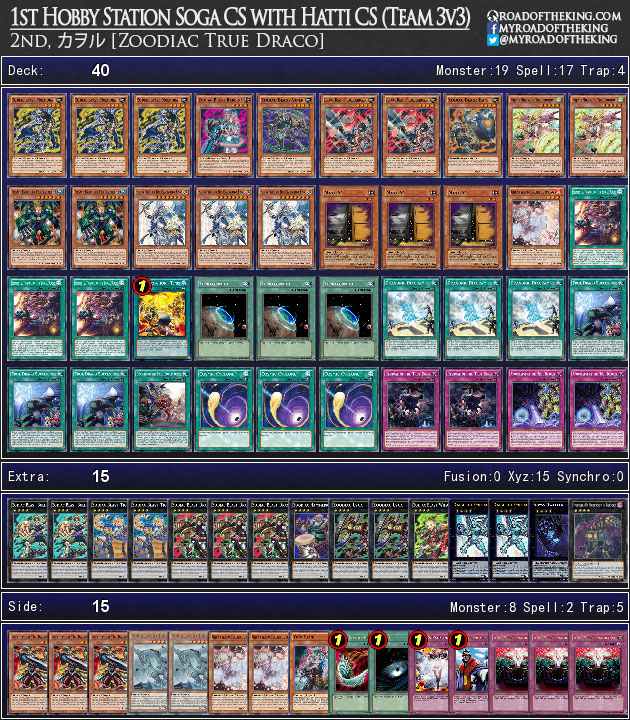 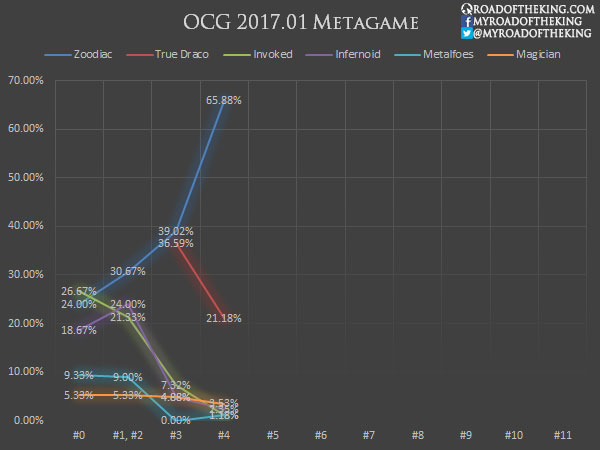 The competitive scene is now a concentration of Zoodiac and True Draco.

Maximum Crisis has unexpectedly stifled other varieties like Invoked and Infernoid.