Zoodiac continues to outperform every other deck at the top tables, while Infernoid, Metalfoes and ABC are fighting tooth and nail to keep up.

This report will cover 88 top-performing decks from 11 Japanese tournaments that were held during 29 – 30 October 2016. 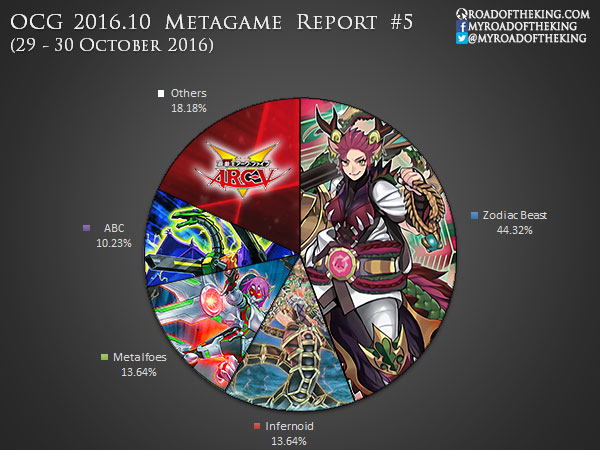 Forbidden Apocrypha is the new popular tech against Zoodiac.

Forbidden Apocrypha has a rather lenient activation requirement that is easily met when Zoodiac plays out their standard Zoodiac Ratpier combo. 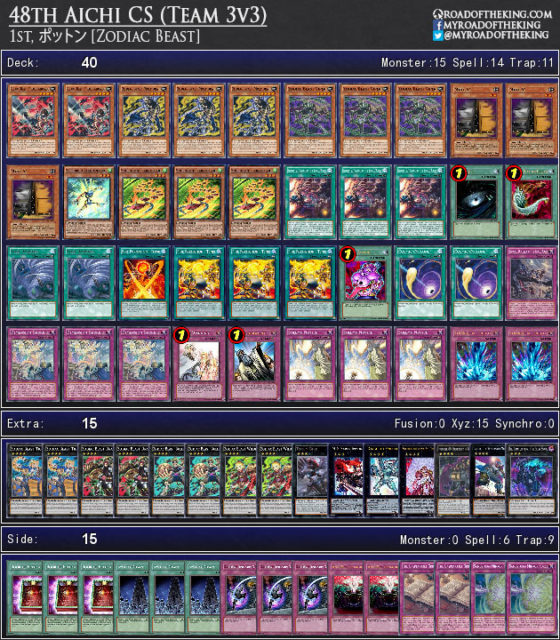 Lawnmowing Infernoid is still the more popular Infernoid build, but it is having a hard time against Different Dimension Ground and Imperial Iron Wall after side decking.

Zoodiac Infernoid on the other hand is much less explosive, but has a diverse game plan that is harder to side against.

Lullaby of Obedience is an interesting tech against Zoodiac. When going first, you can declare Zoodiac Ratpier, and go off with your own Zoodiac combo. This also limits the opponent’s play since they are now down to only 2 Ratpier. 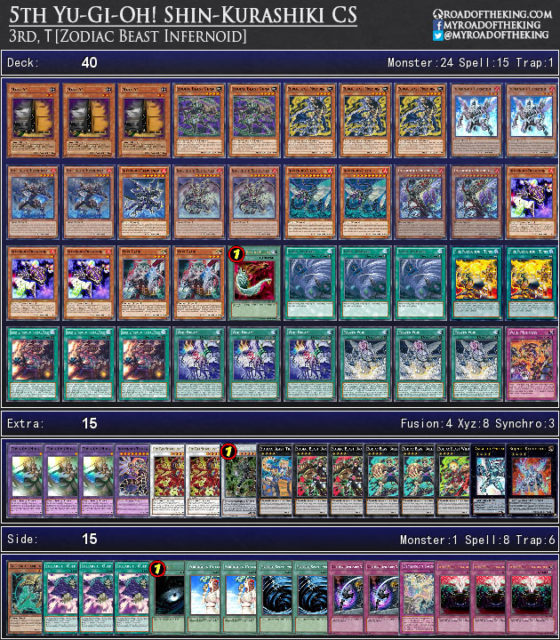 Crystal Wing Synchro Dragon is mediocre in the current metagame, hence most Metalfoes have dropped Blackwing – Gofu the Vague Shadow, to run Guiding Ariadne with Qliphort Scout and Qliphort Monolith.

However, some players have chosen to supplement with Zoodiac instead. The Zoodiac variant has the advantage of having Zoodiac Drident as an out to Anti-Spell Fragrance. 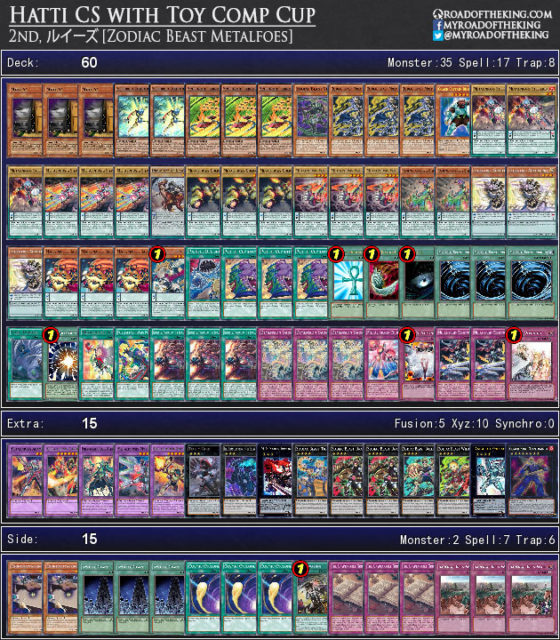 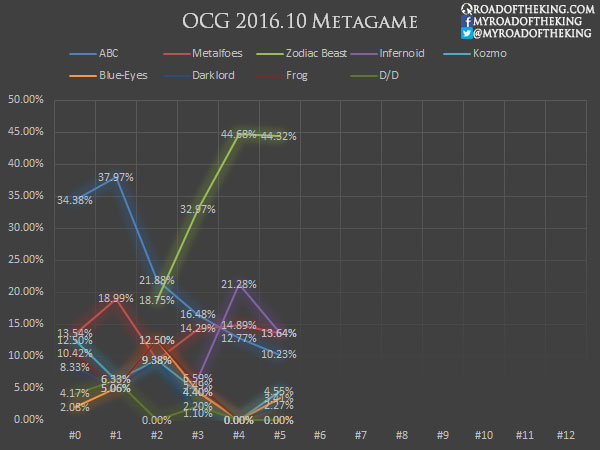 The metagame is stabilizing with Zoodiac in the absolute lead.

Infernoid, Metalfoes and ABC are running next in line, and a couple of them are Zoodiac variants.

That speaks a lot about the power of Zoodiac.