The second Master Duel event is currently underway and features a special restriction that only allows cards in Normal or Rare rarity. This article will showcase some decks that are finetuned for the N/R Rarity Festival.

Having the card pool narrowed to only cards in Normal or Rare rarity greatly reduces the amount of powerful Special Summons, and also brings down the amount of disruptions and removals. Most significant is the lack of ‘hand traps’, allowing decks to spam Special Summons with no worries. The lack of powerful removals also meant made monsters with high ATK/DEF much harder to take out and could easily win the game by themselves, especially if they cannot be targeted or destroyed.

Megalith dominates the N/R format. It could consistently open with Megalith Phul to Ritual Summon Megalith Bethor during the opponent’s turn and destroy multiple cards. Then the game could be ended swiftly with a massive boost from Megalith Phaleg. Blue-Eyes Chaos Dragon is a strong tech as many decks have problem overcoming a 3000 ATK monster that cannot be targeted and destroyed by opponent’s effect.

Metalfoes is a strong contender. Metalfoes Pendulum Monsters have the same Pendulum Effect giving them a very high consistency. The lack of Spell/Trap removals in the N/R format made it much harder to destroy Pendulum Scales, and having the ability to Pendulum Summon back Pendulum Monsters from the Extra Deck every turn gives Pendulum decks the advantage in the long game. Mixing Metalfoes with True Draco is a popular strategy to have True Draco monsters use Metalfoes Combination for their Tribute Summon and thus triggering the graveyard effect.

@Ignister is a sleeper hit. Most decks are unable to deal with a Cyberse Magician linked with Cyberse Wicckid, while Water Leviathan @Ignister could clear almost any threats in the N/R format.

True Draco locks the opponent using Dimensional Fissure and The Monarchs Erupt. Odd-Eyes Advance Dragon provides the deck with additional fire power and could be easily summoned by tributing Anchamoufrite. Swords of Concealing Light is another great tech for True Draco, turning monsters that cannot be targeted or destroyed face-down makes them vulnerable to targeting and destruction effects, while doubling as a Tribute for the True Draco monsters.

Infinitrack Gadget, Danger and Infernoid are able to bring out big powerful Monsters that many decks would have difficultly dealing, notably using Number 97: Draglubion to Special Summon Number 92: Heart-eartH Dragon. Ancient Warriors could easily Special Summon their high level monsters to overwhelm the opponent. Majespecter monsters cannot be targeted or destroyed by opponent’s card effect while having access to premium monster removal in the form of shuffle to deck or banish. “C” Tenyi is a go second deck that aims to OTK using Giant Ballpark and Heavenly Dragon Circle.

Overall, Megalith’s power level and consistency is just way better than the rest in the N/R Rarity Festival. Not much could be done when going second against them. 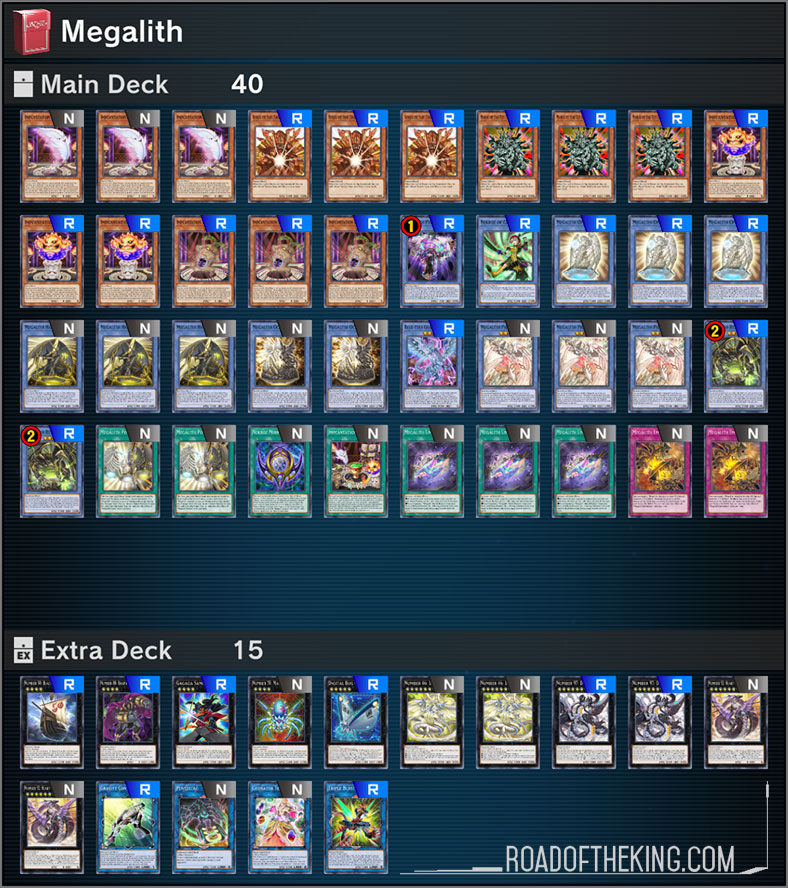 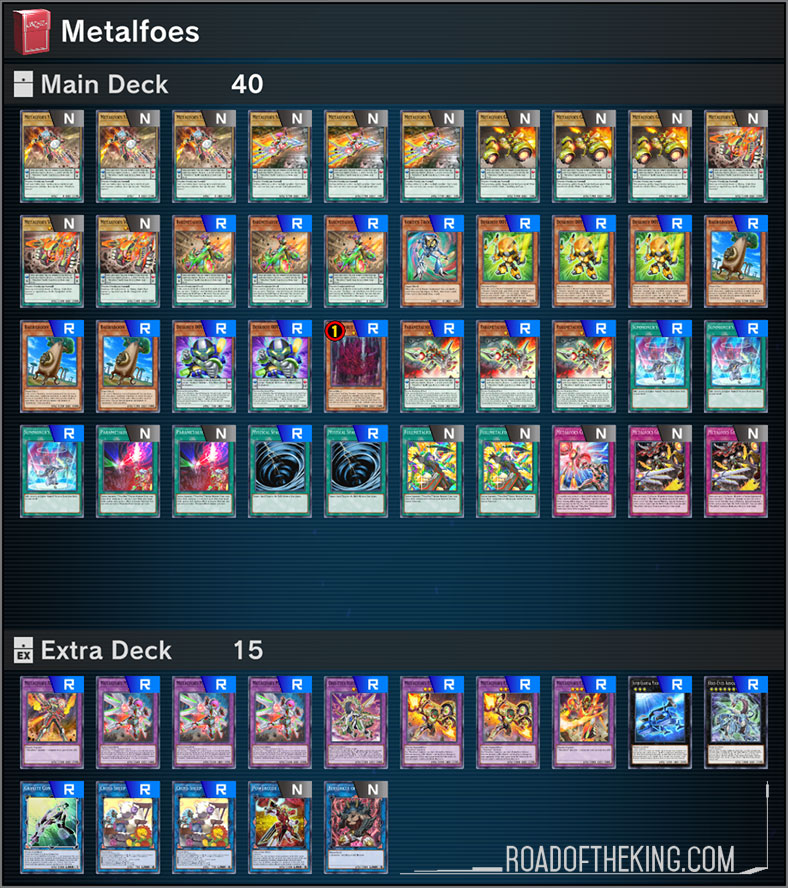 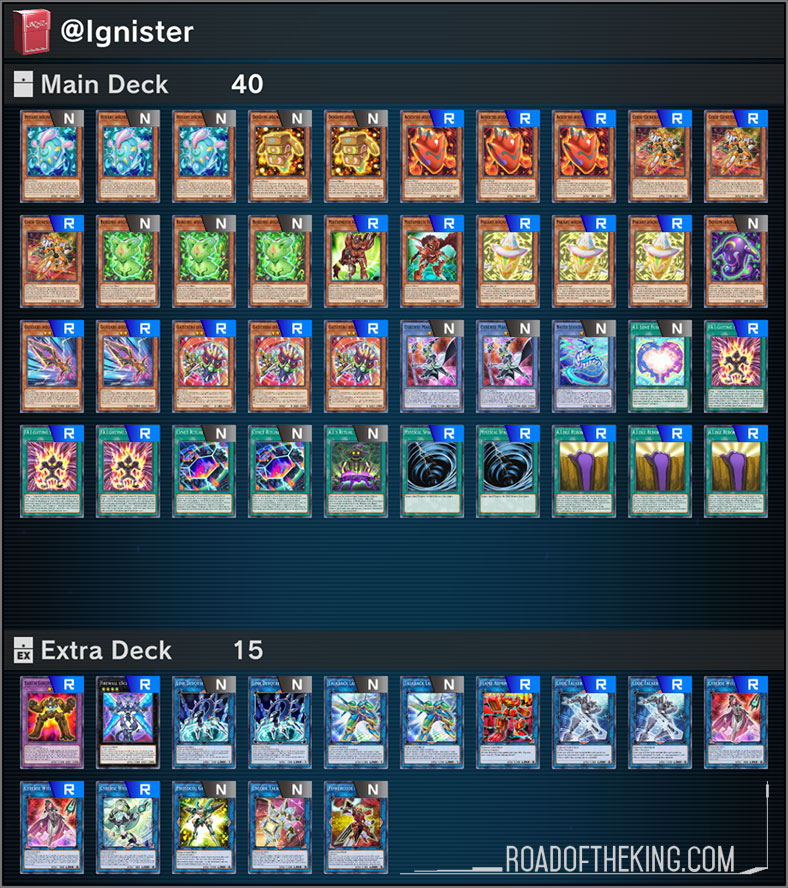 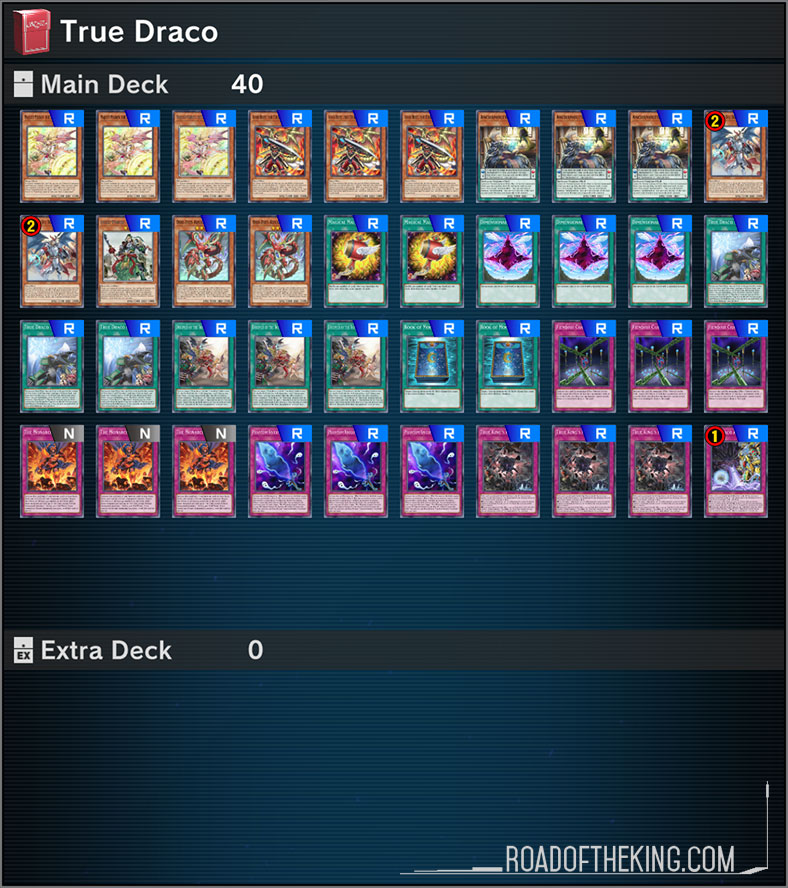 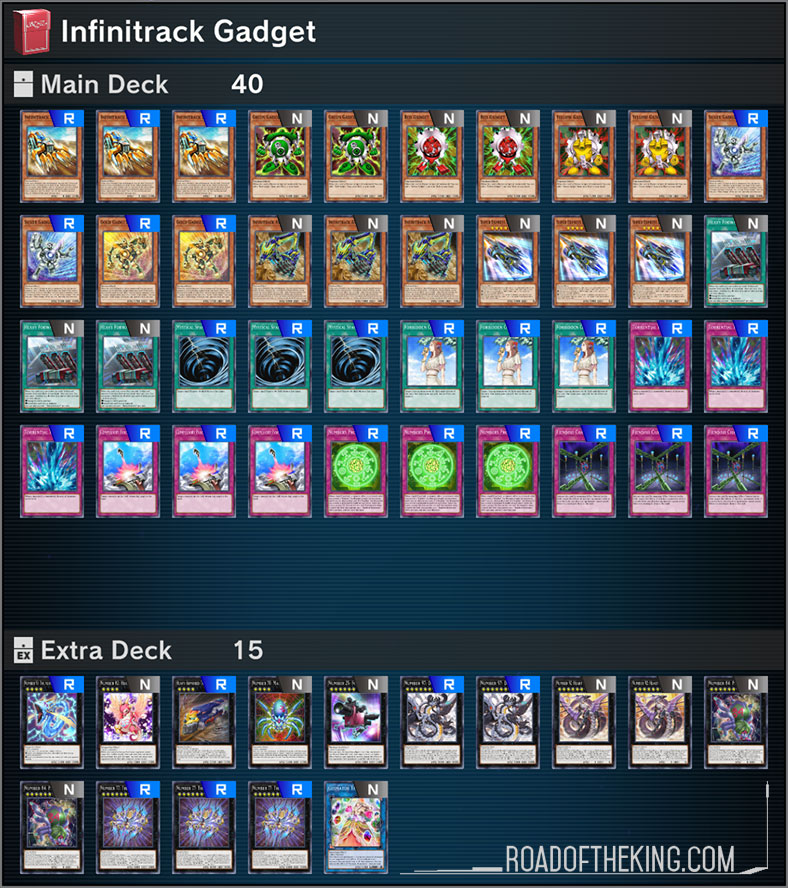 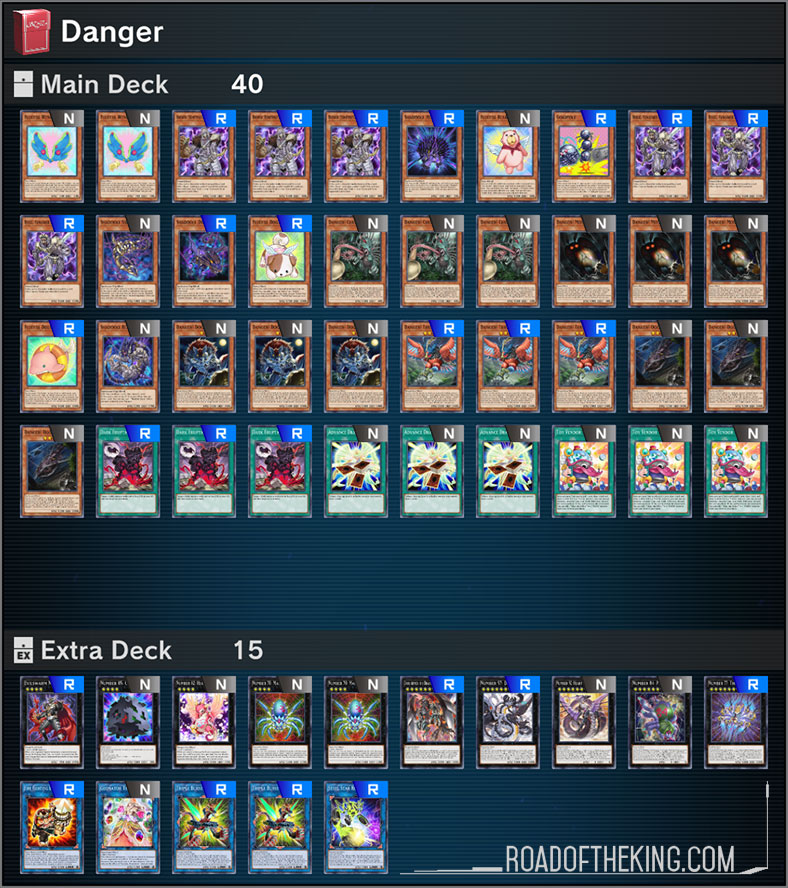 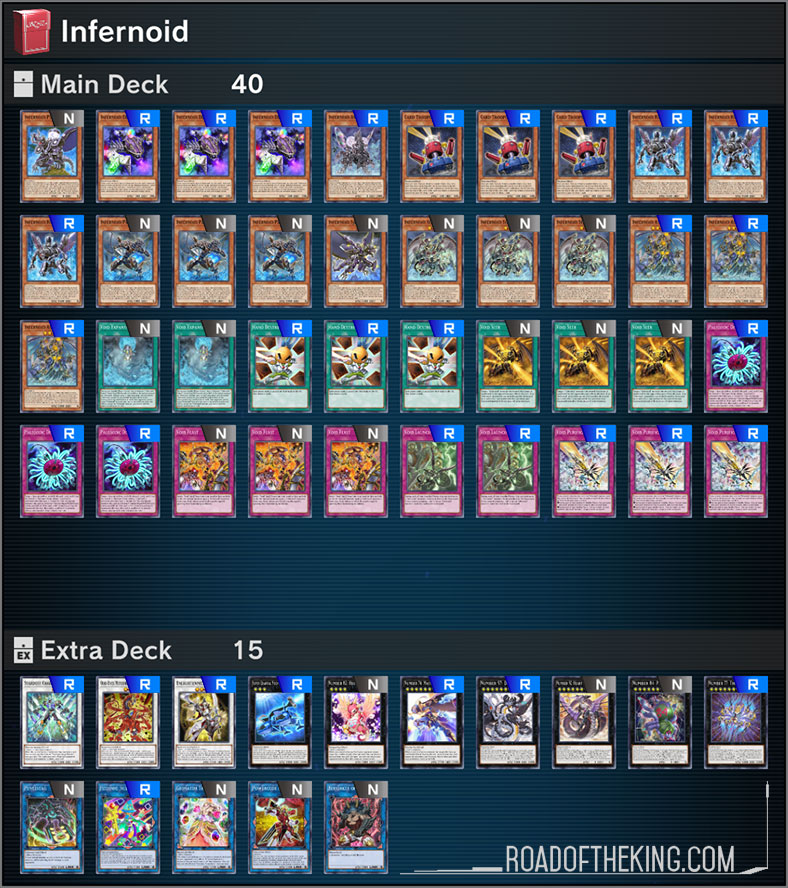 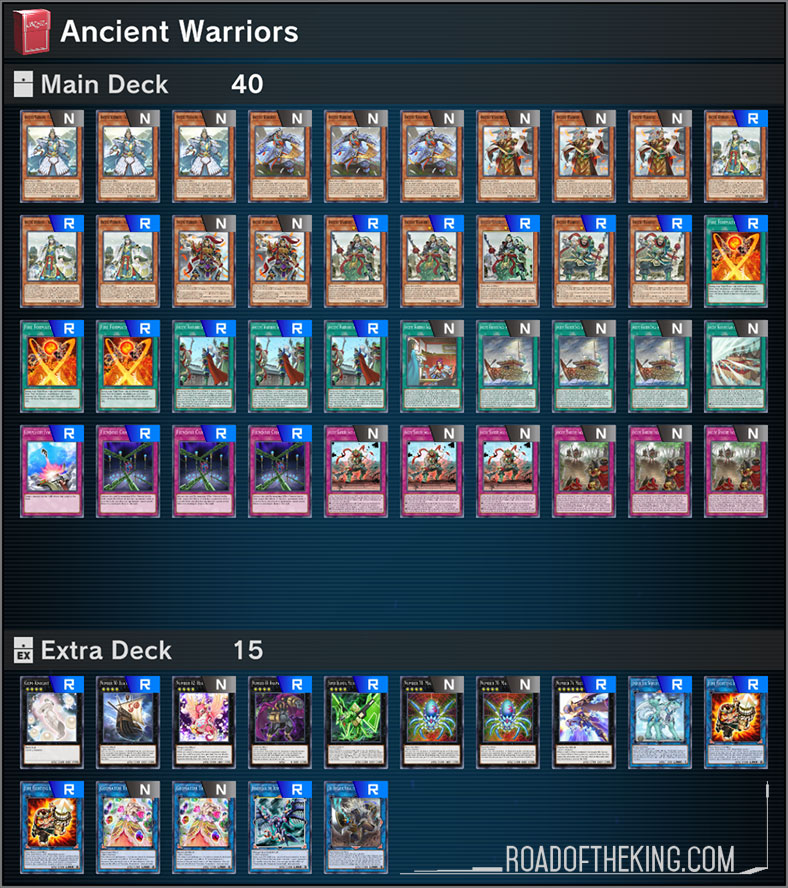 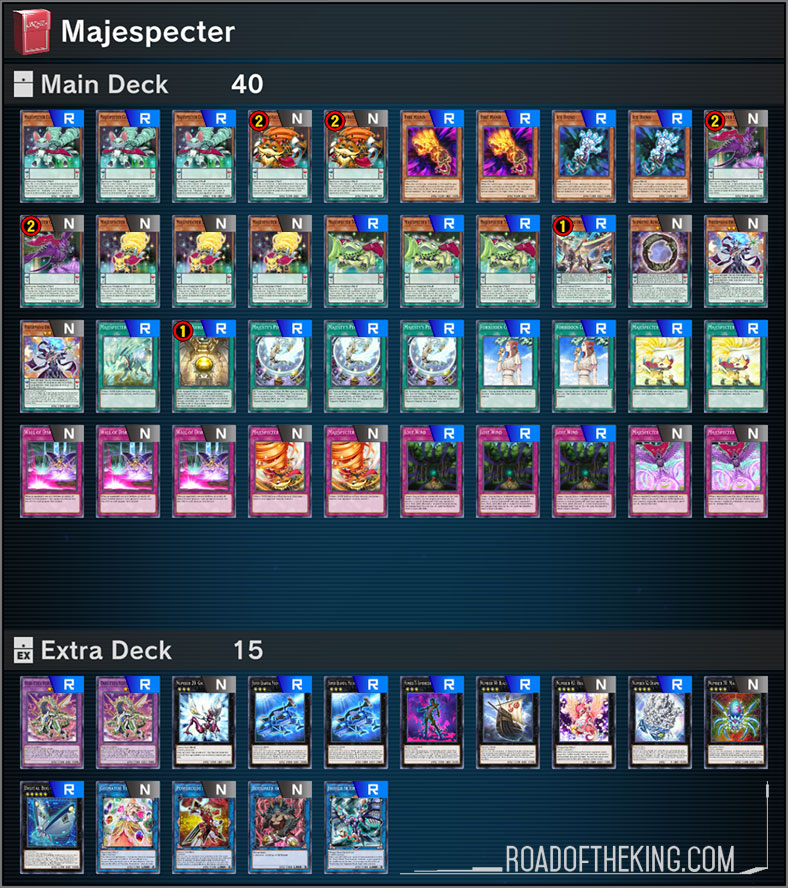 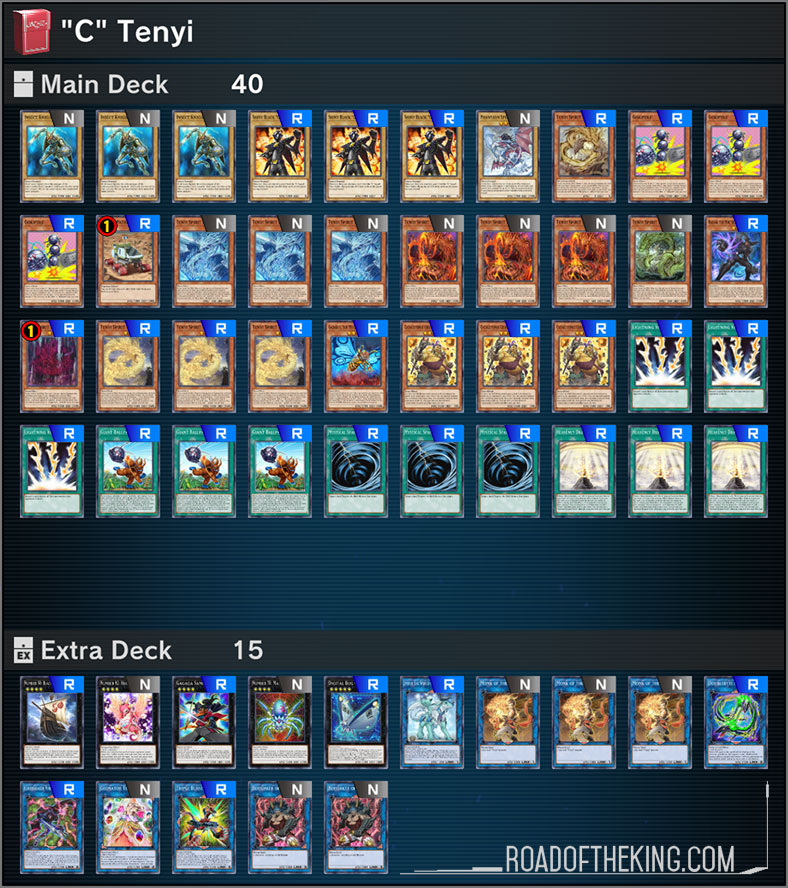