Welcome to Season 1 of the Master Duel format.

This report will tabulate 60 top-performing decks from 9 tournaments that were held during Master Duel Season 1 (19 – 31 January 2022). 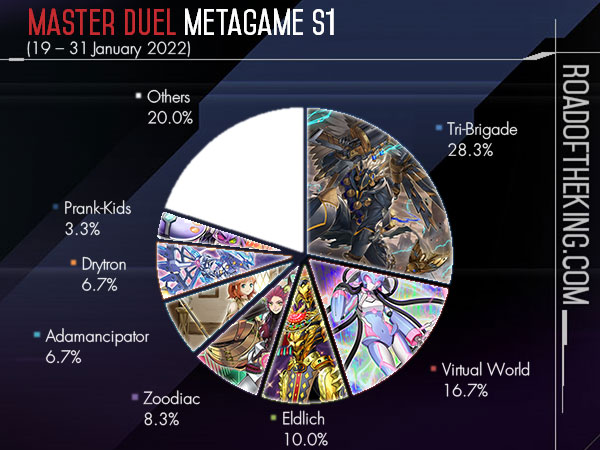 The best-of-one format in Master Duel calls for a change in mentality regarding deck building. The classic Zoodiac Tri-Brigade build from OCG 2021.04 format fares quite badly against backrow heavy decks such as Eldlich since the Spell/Trap removals are left in the Side Deck. So in Master Duel, players are now adapting by running 1 Harpie’s Feather Duster and 2 Lightning Storm directly in the Main Deck. Lightning Storm is favored over Twin Twisters as it has the flexible to destroy monsters if the opponent’s deck is light on backrow.

Running 3 Forbidden Droplet has also been gaining traction as a reliable answer to breakthrough opening setups. It is great for disabling Herald of Ultimateness, Herald of Perfection, Number F0: Utopic Draco Future and Apollousa, Bow of the Goddess. Being a Quickplay Spell also allows Forbidden Droplet to be chained to Tri-Brigade Shuraig the Ominous Omen which is Link Summoned via Tri-Brigade Revolt. 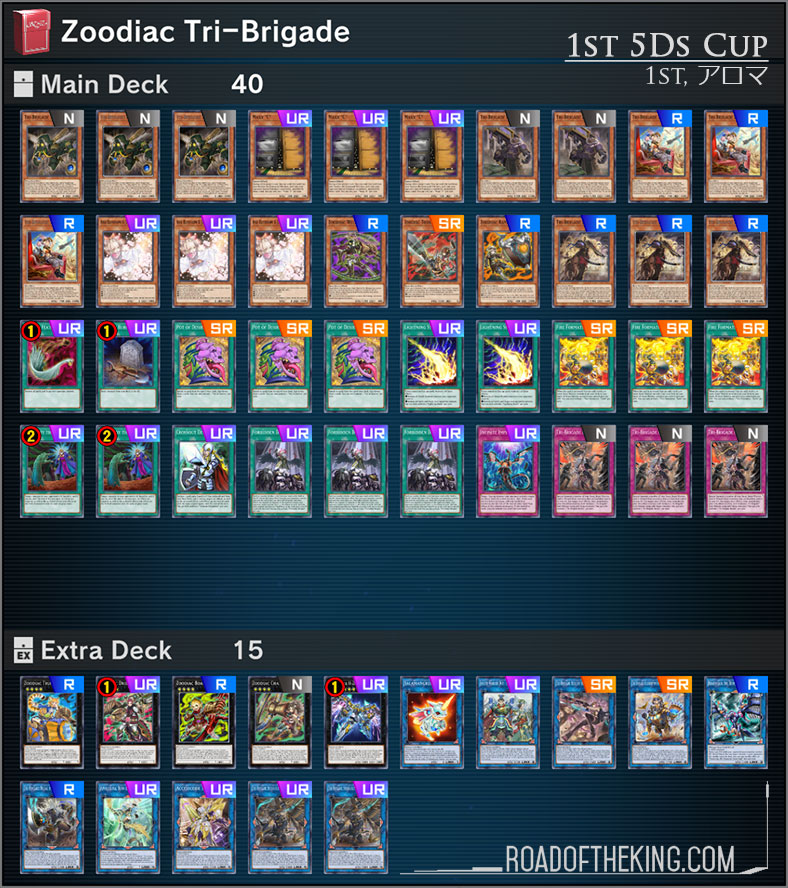 Crossout Designator was fantastic in the OCG 2021.04 format since tech cards can be played in the Side Deck to counter the opponent. But in a best-of-one format, Artifact Lancea and Skull Meister are too cumbersome to run in the Main Deck. Though in comparison with PSY-Framegear Gamma, Crossout Designator has the advantage of being able to negate Nibiru, the Primal Being.

Virtual World Gate – Chuche has the flexibility to be used as a removal against Monsters, Field Spell and Continuous Spell/Trap cards, allowing Virtual World to perform fairly well across a variety of match-ups without having to run backrow removal in the Main Deck. 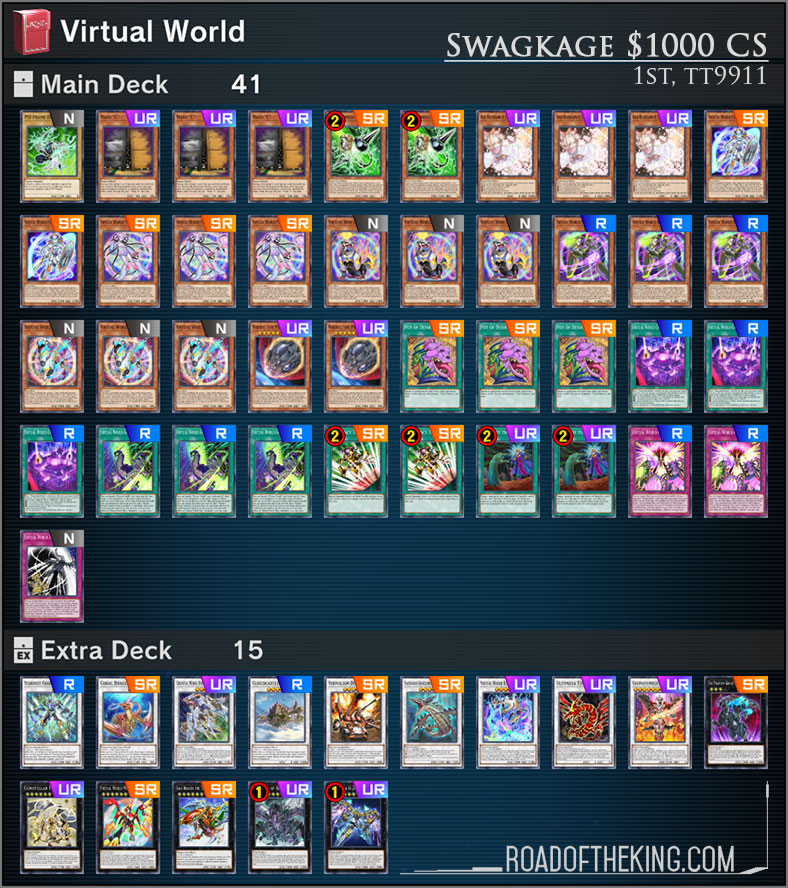 Lava Golem is typically ran in the Side Deck in the OCG 2021.04 format, but has moved into the Main Deck as Eldlich adjusts for the best-of-one format.

Paleozoic Dinomischus is a very flexible card that can banish a face-up card, allowing it to be used as a removal against Monsters, Field Spell and Continuous Spell/Trap cards. 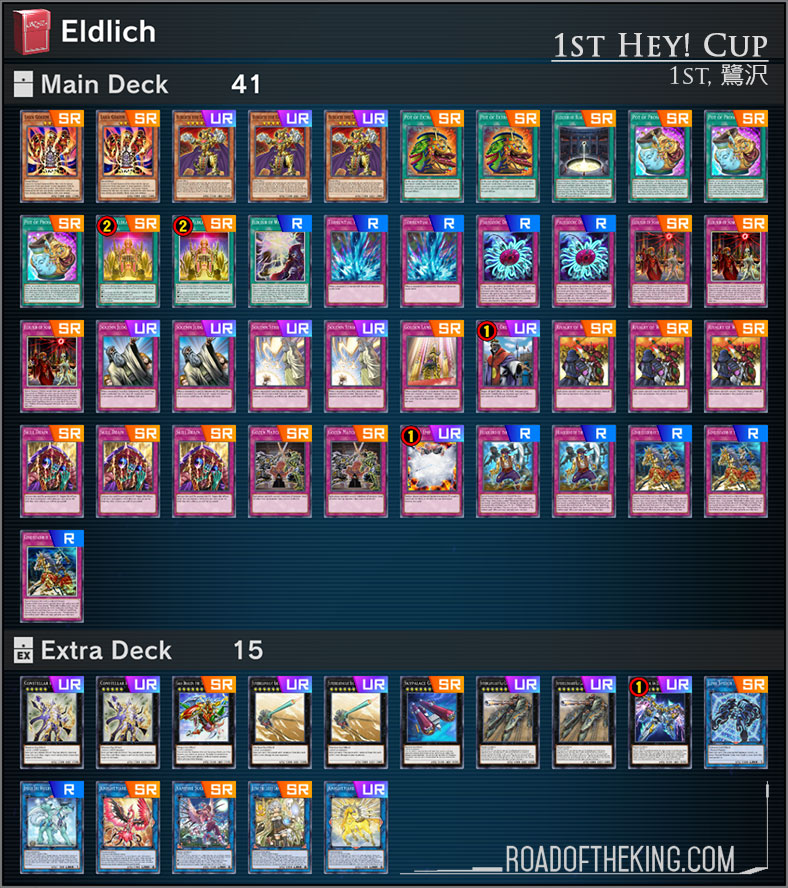 The Master Duel Season 1 metagame bears a striking resemblance to the OCG 2021.04 metagame. Zoodiac Tri-Brigade takes the lead with its overwhelming consistency, being the only deck that made the top-cut in all 9 tournaments. There were also some differences, Zoodiac being taken down a notch without their Zoodiac Ratpier and Zoodiac Barrage, while Eldlich thrived much better in the best-of-one format.

As most tournaments are sticking to the best-of-one format, with only a few switching over to best-of-three in the Top 8/16 onwards, the emphasis on deck construction would still be largely based on the best-of-one format. Many players are used to deck building with the Side Deck in mind, the best-of-one format forces players to step out of their functional fixedness mindset and reevaluate the viability of running certain cards in the Main Deck to improve some match-ups.

Master Duel Season 1 is a fairly short span of 2 weeks and this is definitely not the de facto state of the current Master Duel metagame, but merely a starting point. We could expect to see more techs and innovations in Season 2 when everyone becomes more acquainted with the format.

If you enjoyed these Master Duel Metagame Reports, consider supporting Road of the King on Patreon. Cheers!