Exchange of the Spirit FTK

The new OCG 2020.04 Limit Regulation which was just revealed yesterday had Makyura the Destructor finally released from 0 to 1 but with an errata to its effect.

Makyura evoked my memories of playing against Exchange of the Spirit FTK.

It was the early 2002 and though Singapore had just obtained official distributorship for Yu-Gi-Oh!, there were very little sanctioned tournaments happening. To satisfy our competitive spirits, my friends from Duel Monsters Central (DMC) would frequently host our own non-sanctioned weekly tournaments at Bishan MRT Station just outside of World of JJ.

This was my first time joining their weekly tournament and as my luck would have it, my first opponent was Michael Santoso “Bahamut84” (@DuelingDays). Baha is one of the writers of the Dueling Days blog and a prominent top duelist in Singapore, having represented Singapore in the World Championship 2008 and various Asia Championships. 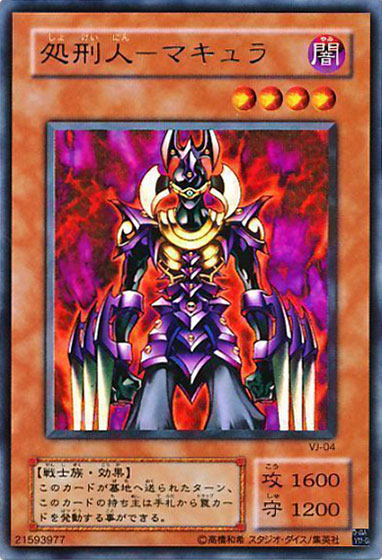 The other 2 Makyura the Destructor were sent to the graveyard by Painful Choice and that allowed Baha to activate Trap Cards from his hand directly. What followed was Baha furiously digging through his deck with Reckless Greed, Graceful Charity, Upstart Goblin and Pot of Greed. He was continuously counting the amount of cards in his graveyard and once he had hit 15, he slammed down Exchange of the Spirit. 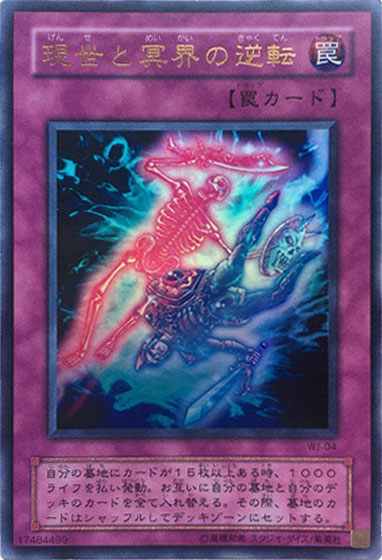 As it only requires the player to have 15 cards or more in their graveyard during activation, Baha could play it while I had 0 cards in my graveyard, which would then swap with my deck. Now with 0 cards in my deck, Baha simply had to end his turn and I would lose by decking out during my Draw Phase.

I chose to go first for the second game. As I reached to draw during my Draw Phase, Baha conceded the game after looking through his opening 5 cards.

I was left bewildered but I guess he had a totally bricked opening hand.

My hopes were dashed when he activated Soul Release to banish all 5 cards from my graveyard before playing Exchange of the Spirit.

That was the game and match. I lost without playing a single card for the whole match. 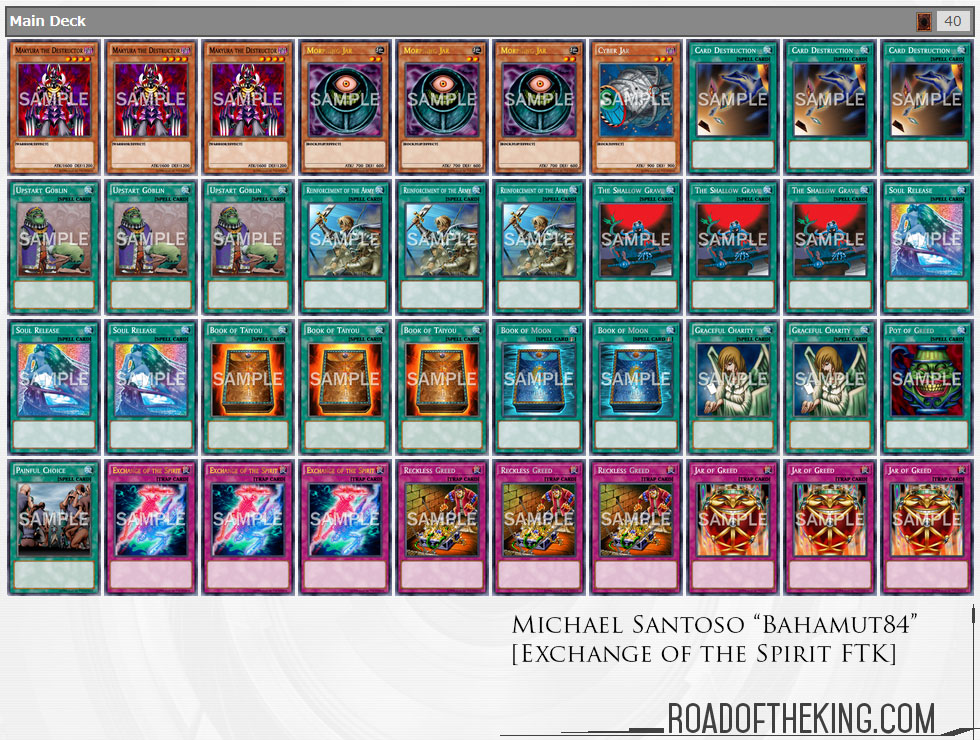 I did not have a copy of Baha’s original deck list so I could only guess his build from recollection.

Pharaonic Guardian gave the deck 3 Reckless Greed, which are essentially Pot of Greed when combined with Makyura the Destructor. Book of Taiyou and Book of Moon also allowed the deck to loop Morphing Jar and Cyber Jar to quickly fill the graveyard and dig for Exchange of the Spirit at the same time.

The deck was heavily crippled later in the OCG 2002.05.01 Limited List as Makyura the Destructor, Morphing Jar, Card Destruction, Upstart Goblin, Exchange of the Spirit and Reckless Greed were all limited to 1.