A recent update in the Yu-Gi-Oh! OCG Card Database reveals an important ruling regarding the game state of banished face-down cards. 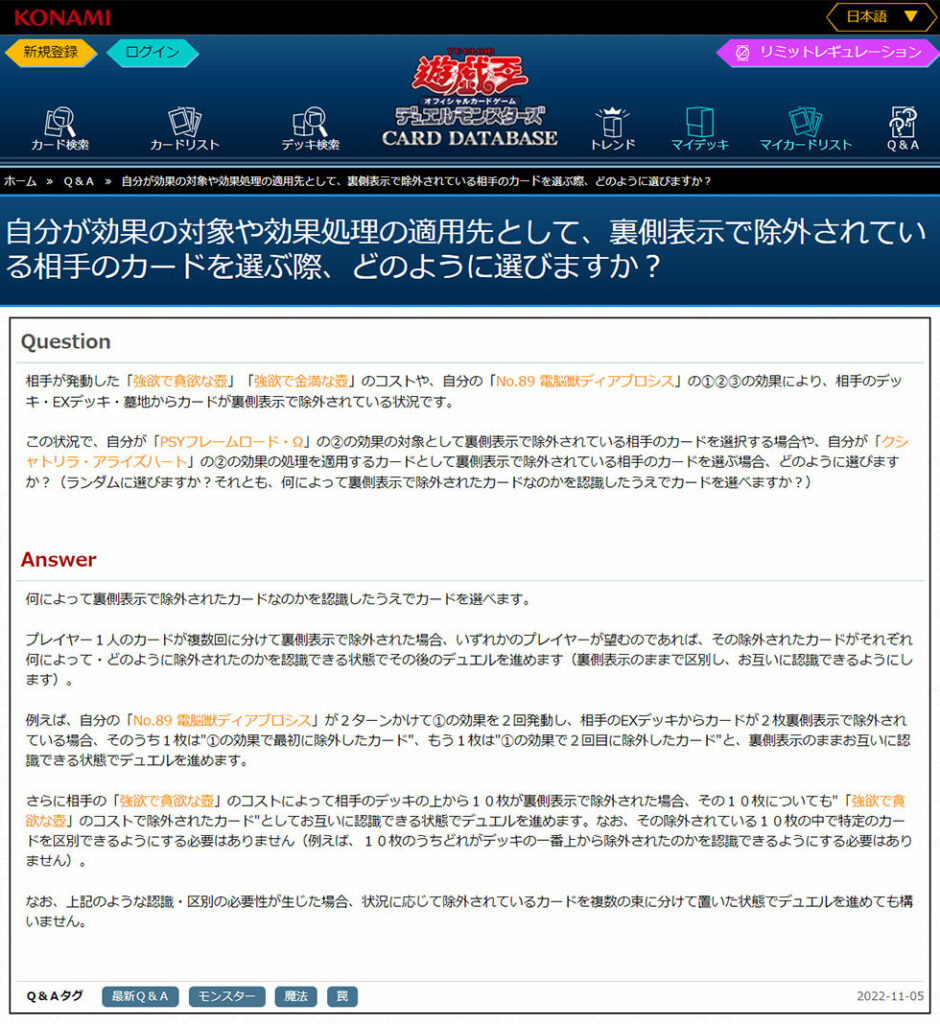 Question
The opponent paid the cost for activating their “Pot of Desires” and “Pot of Extravagance”, and I activated my “Number 89: Diablosis the Mind Hacker” ①②③ effects, resulting in cards from the opponent’s Deck, Extra Deck and Graveyard to be banished face-down.

Answer
You can choose a card based on how they were banished face-down.

If a player’s cards were banished face-down multiple times, as long as any player wants to, they may verify how each card was banished before proceeding with the duel (The cards remain face-down while being distinguishable from each other).

For example, if you activated your “Number 89: Diablosis the Mind Hacker” ① effect 2 times over 2 turns, and 2 cards are banished face-down from the opponent’s Extra Deck, one of them is “the first card banished by the ① effect” while the other is “the second card banished by the ① effect”, proceed with the duel by having them remain face-down while being distinguishable from each other.

In addition, if there is a need to verify and distinguish as described above, it is acceptable to proceed with the duel by having the banished cards separated into multiple piles based on how they were banished. 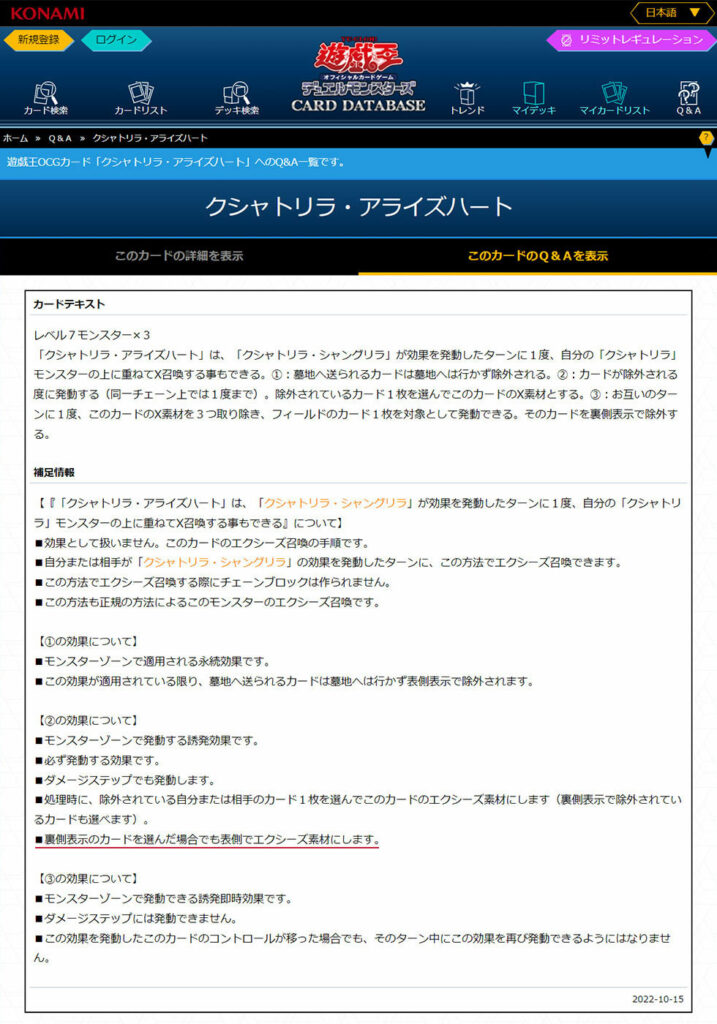 This ruling is fantastic for competitive gameplay, allowing players to make better strategic decisions. But from a judging perspective, this is a nightmare to enforce. Especially in the earlier rounds of the tournaments where the tables are all packed to the brim, there is barely any space to have multiple piles of banished cards. Maintaining game state is already a challenge when we frequently have players forgetting the mandatory trigger of Kashtira Arise-Heart ② effect.