36 years ago on 26 September 1986, Akumajou Dracula was released on the Famicom Disk System console in Japan. It was later ported over and released as Castlevania on the Nintendo Entertainment System in North America.

The original Castlevania tells the story of a vampire hunter Simon Belmont on his quest to defeat Dracula and his vampire horde. Castlevania would release many more games in the years that follows, expanding the cross-generational battles between the vampire hunters and Dracula. 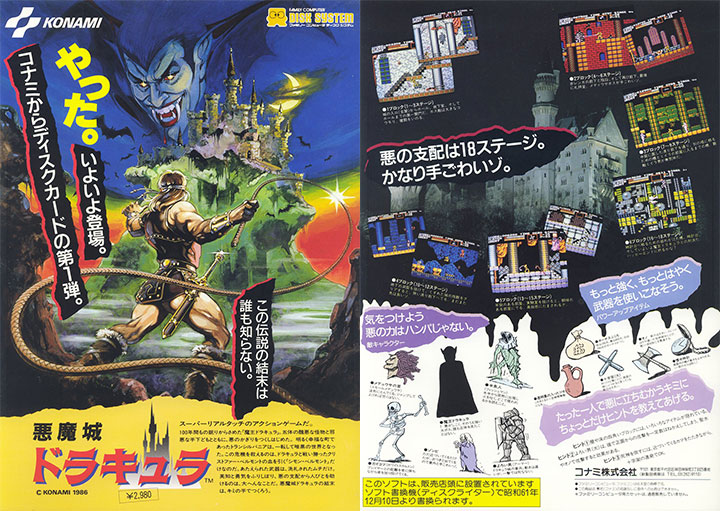 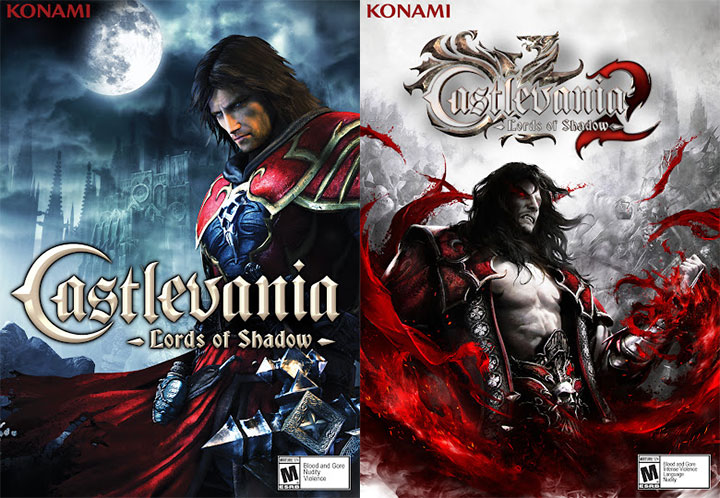 In 2017, the Castlevania animated series premiered on Netflix. The animated series drew several elements from the classic Castlevania games to write its own storyline. Through a twist of fate, Trevor Belmont, Sypha Belnades and Alucard joined up together to defeat Dracula. 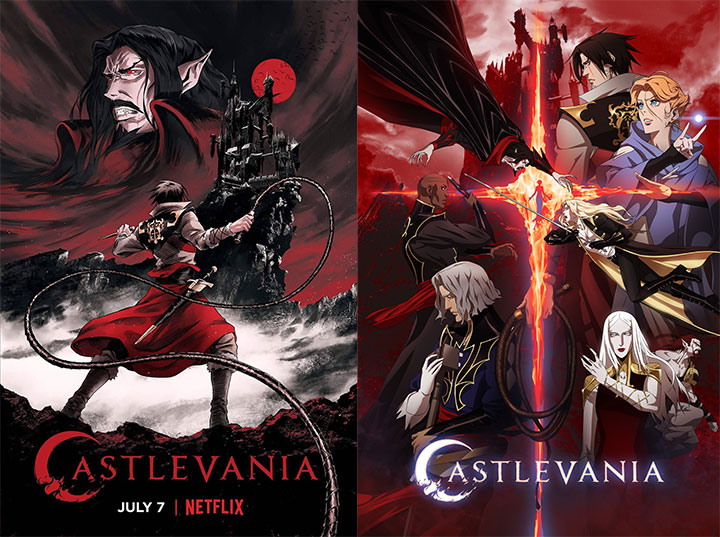 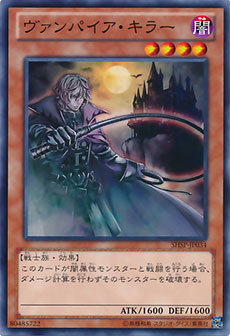 Vampire Hunter debut in the OCG with the release of Shadow Specters. The card artwork depicts a vampire hunter holding a whip, with Dracula’s Castle in the background. 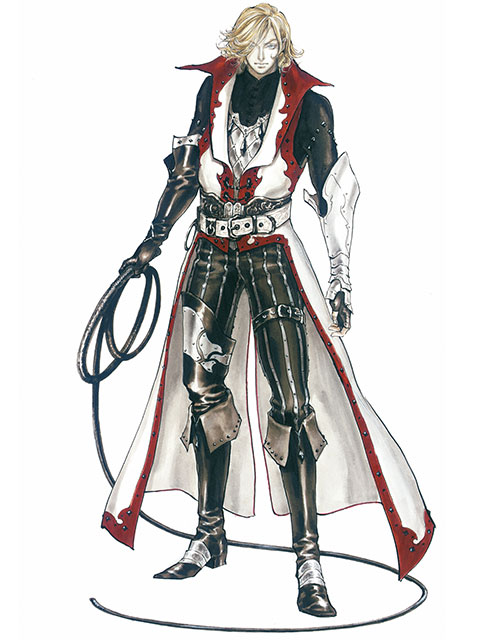 The OCG Japanese name of Vampire Hunter is “ヴァンパイア・キラー” which translates to “Vampire Killer”. The Vampire Killer is the legendary whip of the Belmont clan, passed down through generations of vampire hunters. The Vampire Killer has an enhanced power against vampires and demons. This is replicated in the OCG by giving Vampire Hunter an effect which destroys a DARK monster that it battles at the start of the Damage Step. Currently in the OCG, all Vampire monsters are DARK Attribute. 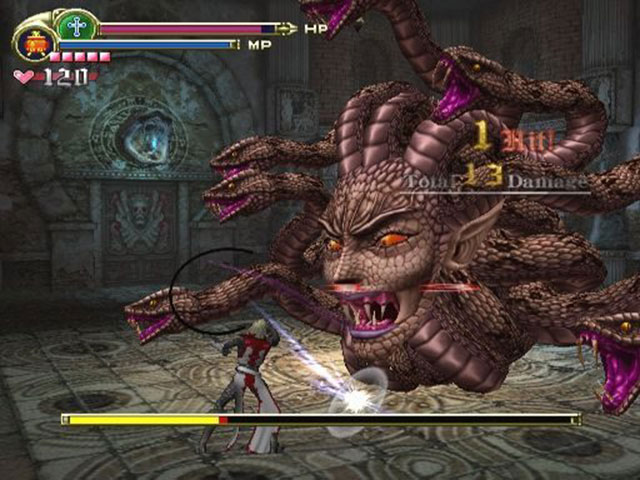 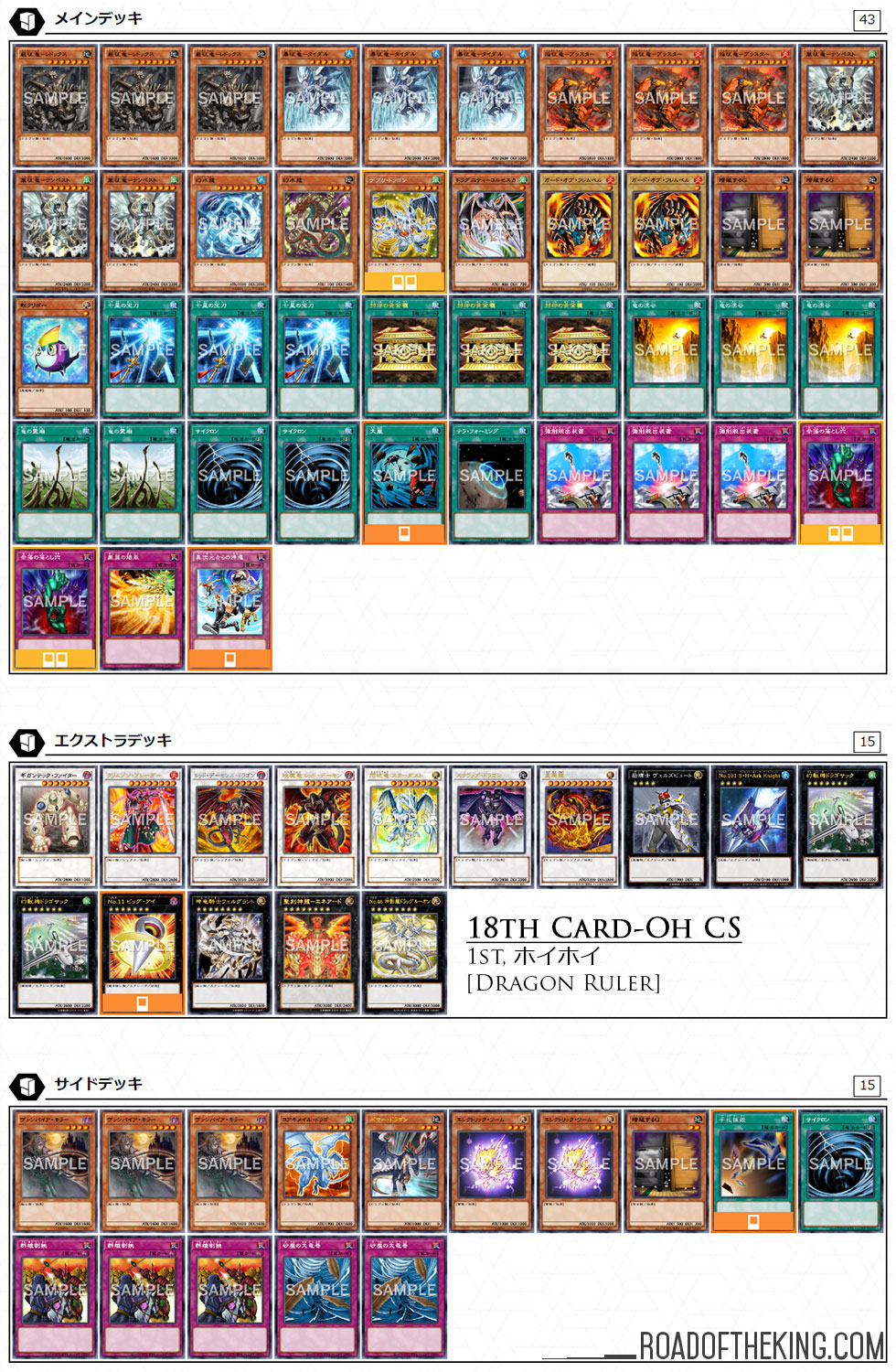 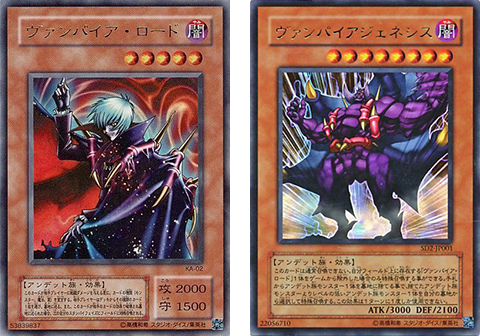 Vampire Lord debut in the OCG with the release of Structure Deck: Kaiba. Being the most powerful vampire, Dracula has been given many titles such as Vampire Lord and Dark Lord.

In the first Castlevania game, after being vanquished by Christopher Belmont a century ago, Dracula was resurrected, calling Simon Belmont to his family duty of destroying Dracula. This cycle would be repeated in many subsequent Castlevania games, Dracula’s revival would prompt a new Vampire Hunter to step up and fulfil the Belmont destiny. This ability is replicated in the OCG by giving Vampire Lord the effect to Special Summon itself from the graveyard during the player’s next Standby Phase after being destroyed by an opponent’s effect.

Vampire Genesis debut in the OCG with the release of Structure Deck: Zombie Madness. Throughout the Castlevania series, Dracula takes on multiple forms, depleting his health in the first form would cause him to transform to the second form. This transformation is replicated in OCG by requiring Vampire Lord to be banished for the Special Summon of Vampire Genesis.

The design of Vampire Lord and Vampire Genesis bears a resemblance to Dracula from Castlevania: Rondo of Blood. 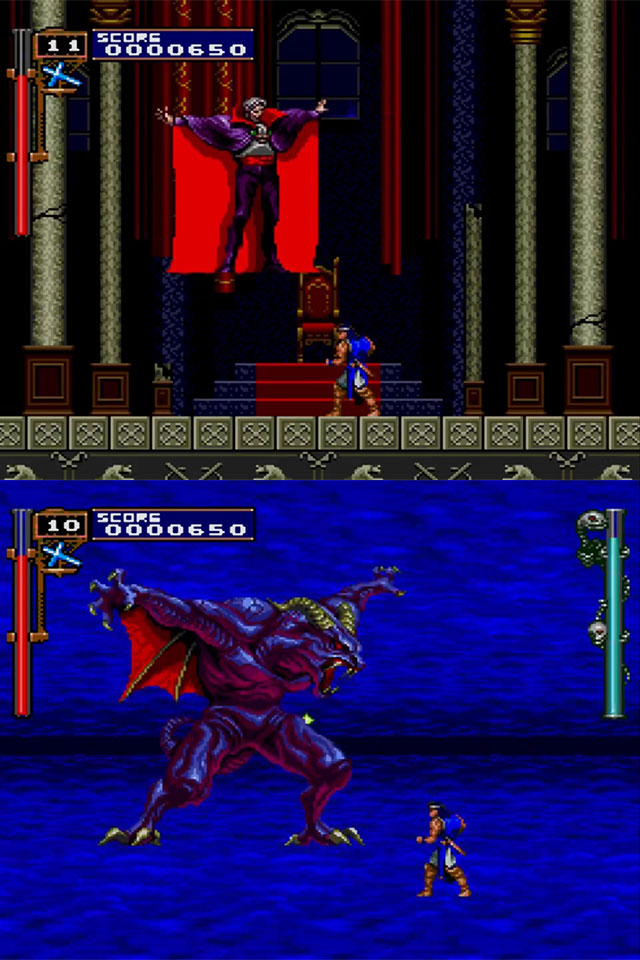 Vampire Lord saw competitive play in the OCG 2002.05 format, and was inducted in history as part of the 2002 Asia Champion deck. In the early days of Yu-Gi-Oh! OCG, powerful removals such as Raigeki, Dark Hole, Ring of Destruction, Mirror Force and Torrential Tribute are all destruction effects. This makes Vampire Lord a rather tenacious monster for the opponent to deal with since it could Special Summon itself back during the player’s next Standby Phase after being destroyed. 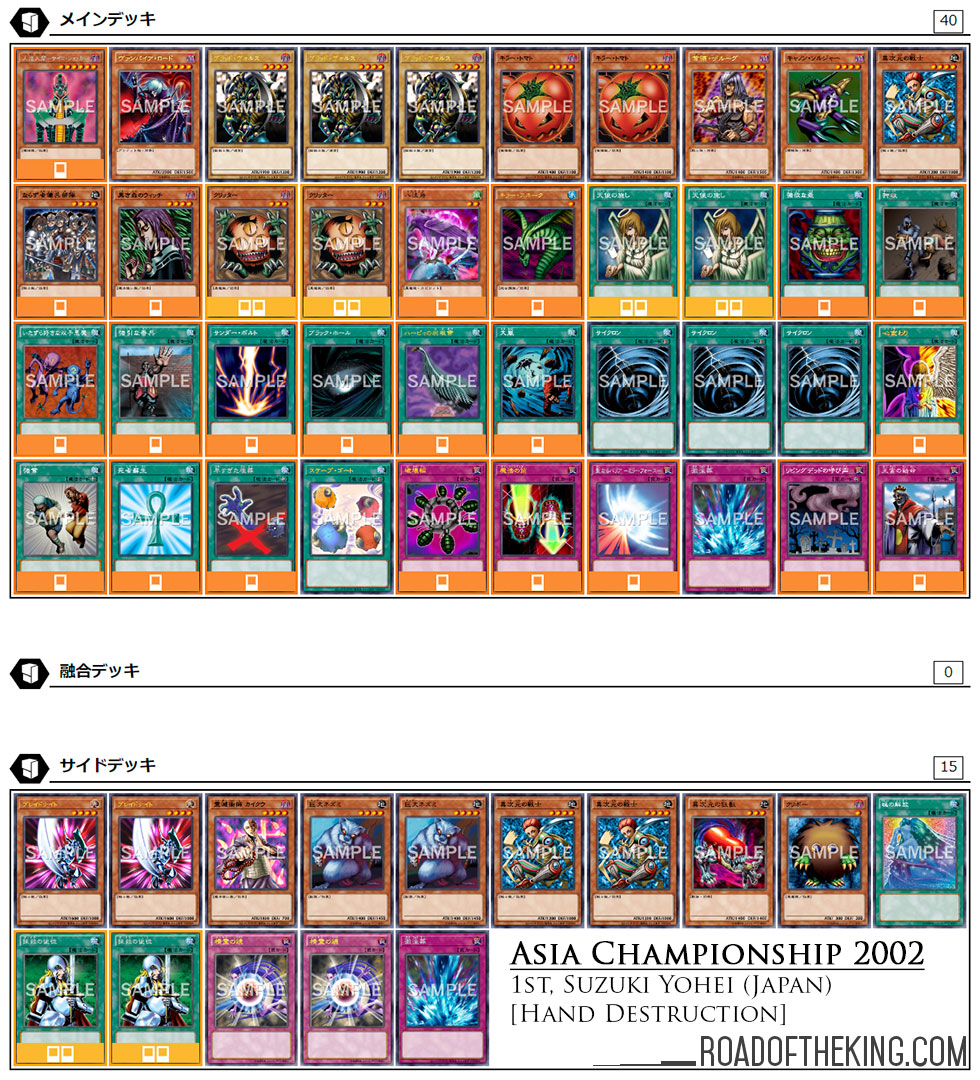 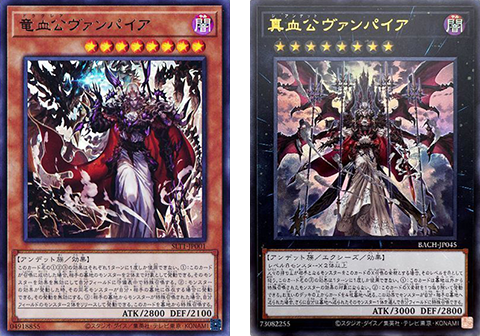 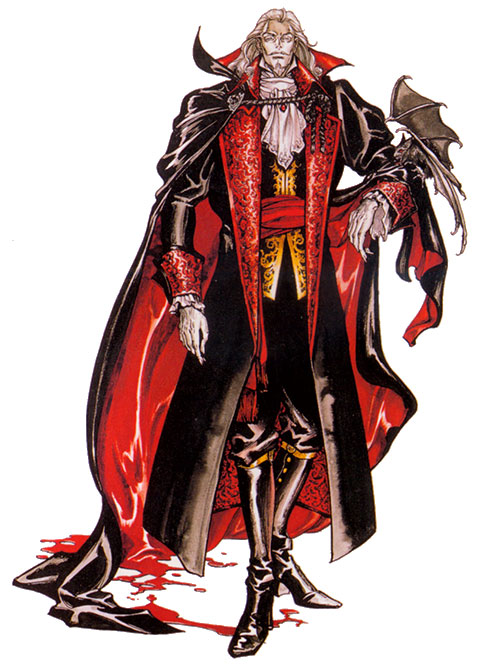 The word “Dracula” is Romanian for “Son of Dracul” or “Son of the Dragon”, a reference to his father Vlad II, also known as Vlad Dracul or Vlad the Dragon, who was a member of the Order of the Dragon. A dragon could be seen in the artwork of Vampire Voivode, and Dracula has a similar looking Dragon Form in Castlevania: Lords of Shadow 2. 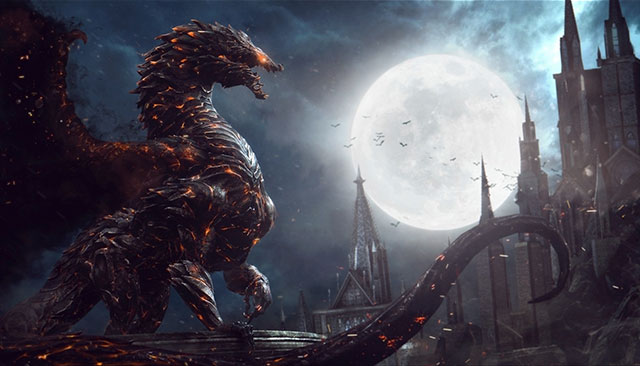 The Zombie Vampire debut in the OCG with the release of Battle of Chaos. The OCG Japanese name of The Zombie Vampire is “真血公ヴァンパイア” meaning “True Blood Prince Vampire”. “真血公” comes with the yomigana “ジ・アンデット” to enforce that it should be read as “The Undead”. In the TCG, the “Undead” Monster Type is being localised as “Zombie”.

The design of The Zombie Vampire bears a resemblance to True Dracula from Castlevania: The Dracula X Chronicles. In his third form, Dracula transformed his cloak into wings, allowing him to fly around during the fight. In the artwork of The Zombie Vampire, Dracula’s Castle could be seen in the background. 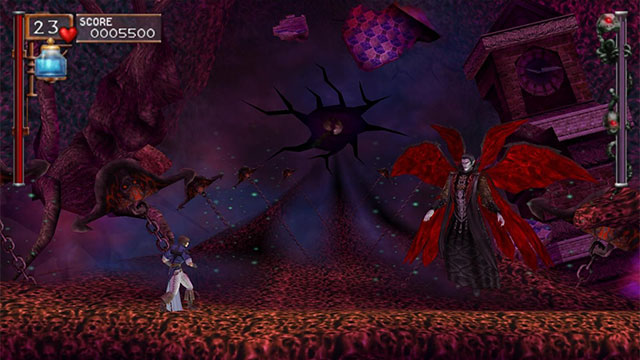 The Zombie Vampire saw competitive play in the OCG 2022.07 format, and is still being played in the OCG 2022.10 format. The P.U.N.K. package is used to Synchro Summon Chaos Ruler, the Chaotic Magical Dragon, and then used with Noh-P.U.N.K. Foxy Tune to Xyz Summon The Zombie Vampire. Chaos Ruler, the Chaotic Magical Dragon effect would excavate the top 5 cards of the deck, while The Zombie Vampire effect would send the top 4 cards of the deck to the graveyard, filling the graveyard to kick-start Tearlaments and Thunder Dragon. 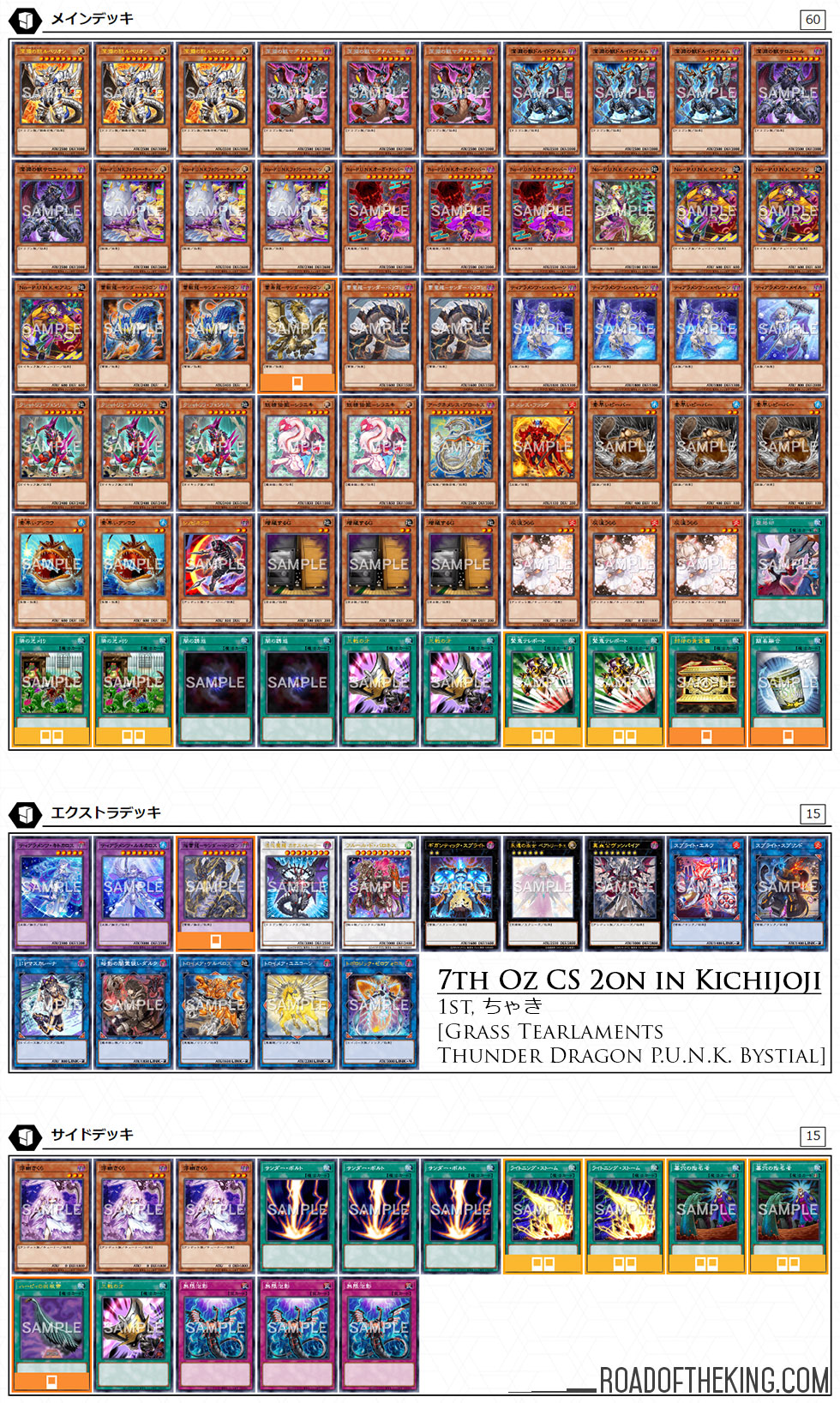 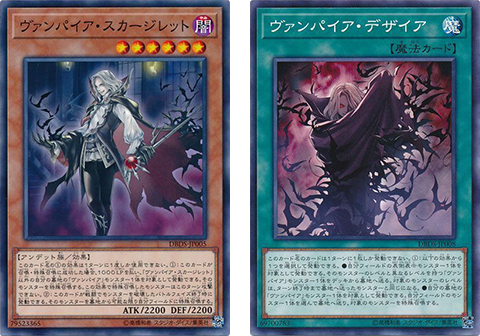 Vampire Scarlet Scourge debut in the OCG with the release of Deck Build Pack: Dark Savers.

The design of Vampire Scarlet Scourge bears a resemblance to Alucard from Castlevania: Symphony of the Night. 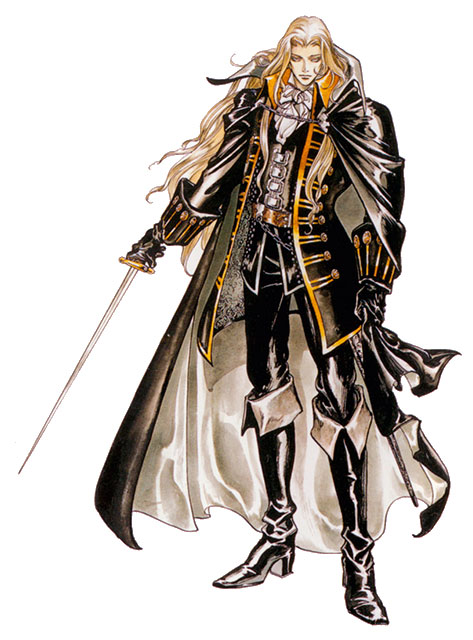 The name “Scarlet Scourge” is perhaps alluding to Alucard’s older character sprite in Castlevania III: Dracula’s Curse where he wears a red cloak. Alucard also has the ability to transform into bats, which are depicted in the artwork of Vampire’s Desire. 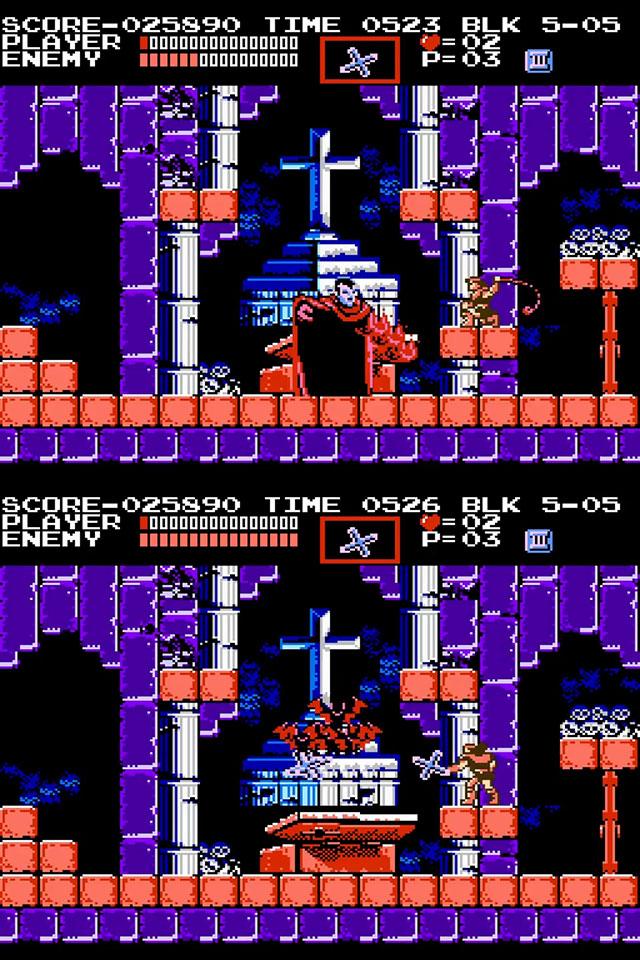 Unfortunately Vampire Scarlet Scourge did not see play in the competitive scene. Despite being released in the same booster set as Sky Striker, the Vampire theme was relatively underwhelming. The newer Vampire cards come with aesthetically beautiful artwork, making the Vampire theme rather popular among casual players.

Vampire Scarlet Scourge and Vampire Voivode comes with an effect to Special Summon monsters from the graveyard, which could then be used to Xyz Summon Dhampir Vampire Sheridan or The Zombie Vampire respectively. Since Dhampir Vampire Sheridan and The Zombie Vampire are able to treat a monster owned by the opponent as Level 6 or Level 8 respectively, card effects that take control of the opponent’s monsters such as Triple Tactics Talent and Inviting Rondo of the Mikanko could be played to aid in their Xyz Summon. 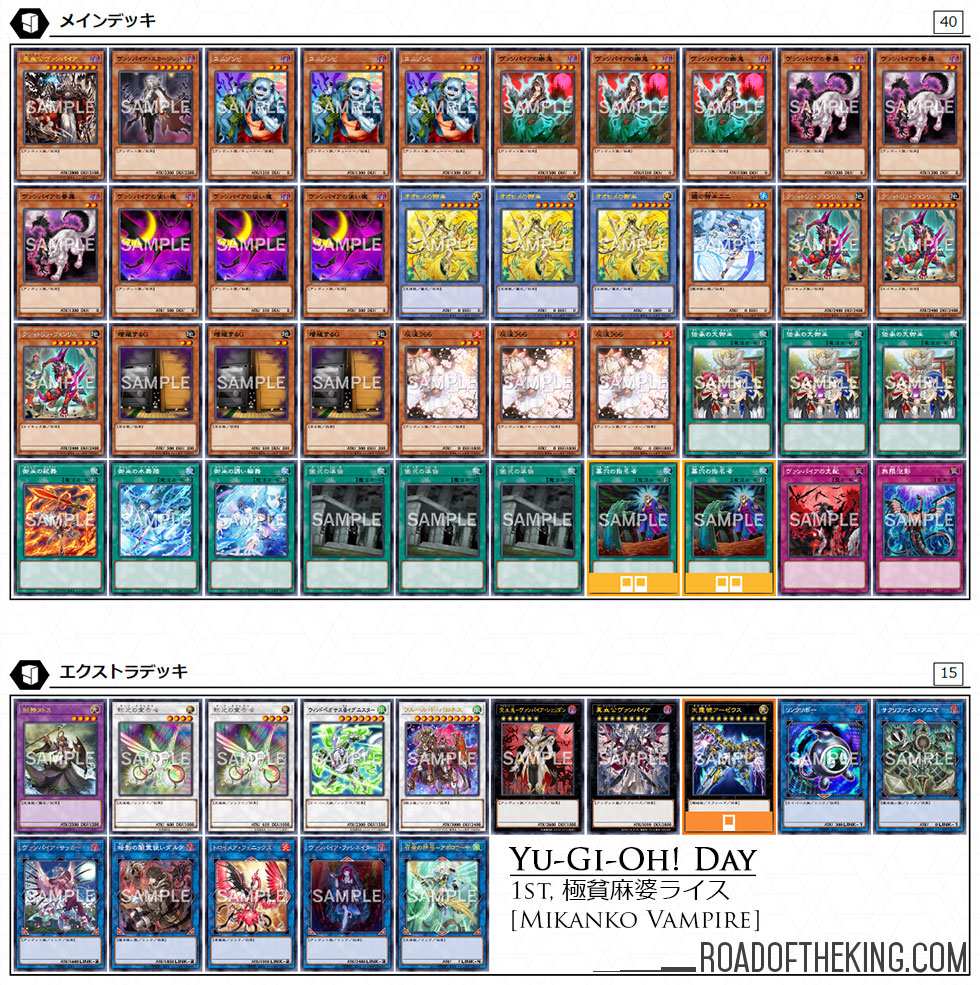 Vampire monsters in Yu-Gi-Oh! OCG are not strictly based on Castlevania, but draws its inspirations from various other literatures as well. 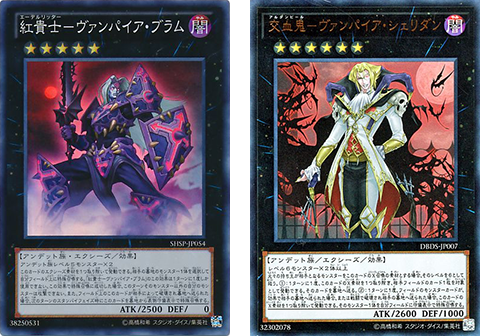 Vampire is a recurring theme in the OCG that has received multiple waves of new cards in Shadow Specters, Deck Build Pack: Dark Savers and Selection 10. Hence, it is likely that the OCG will continue to release new Vampire support, and we could only hope to see more Castlevania references among the new cards in the future.

But for now, we could look forward to the upcoming animated series Castlevania: Nocturne. 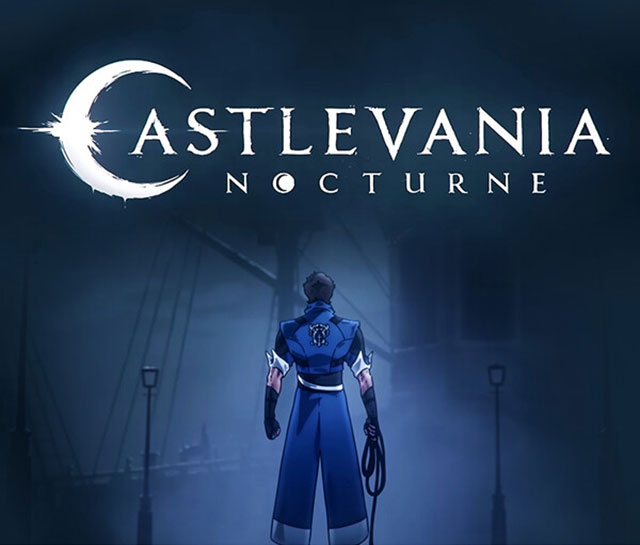