Held on the 18th and 19th April 2015, the Yu-Gi-Oh! Open Tournament Singapore 2015 was the biggest premier event ever to be held in the OCG Asia region.

With duelists from neighboring region such as Hong Kong, Indonesia, Mainland China, Japan, Malaysia, Philippines, Taiwan and Thailand together with the local duelists from Singapore, Yu-Gi-Oh! Open Tournament Singapore 2015 saw over 400 sign-ups, while Asia Premier saw over 300 sign-ups.

The Yu-Gi-Oh! Open Tournament Singapore 2015 was a two days event. Day 1 consisted of 7 Swiss rounds to determine the Top 64 players. These 64 players will then continue in a single elimination tournament on Day 2.

The metagame was heavily dominated by Masked HERO, but the Top 8 saw a split between the HEROes and the Atlanteans, with a Nekroz and a Qliphort.

Eventually Hou Chong came out ahead with his Atlantean Mermail, and became the very second Yu-Gi-Oh! Open Tournament Champion!! 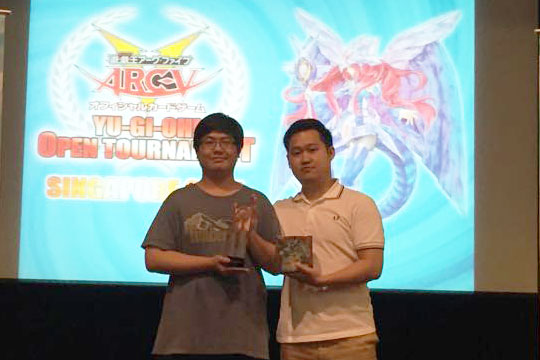 The YOT Singapore 2015 Asia Premier consisted of 8 Swiss rounds. The winners are then determined through the final standings based on match wins and tiebreakers.

Masked HERO continues to dominate, but found themselves splitting with Atlantean among the Top 8, with a Qliphort and a Tellarknight.

Yu Bixuan with his Atlantean managed to keep a perfect record of 8 wins and became the second YOT Asia Premier Champion! 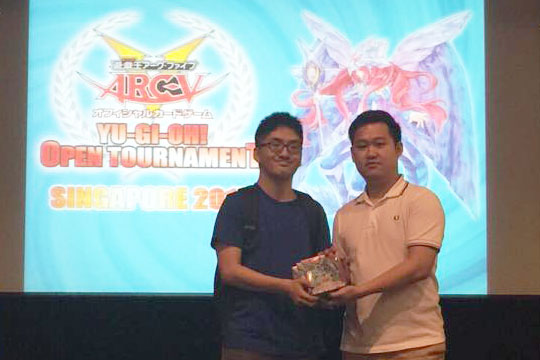