We are in the final round of our Yu-Gi-Oh! Open Tournament – Singapore 2015 Asia Premier, and at Table 1 we have an exciting match that showcases the game’s international appeal. 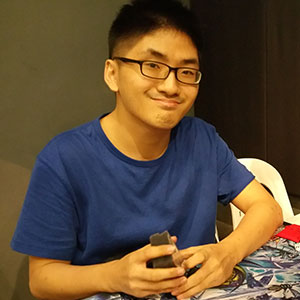 On one side, we have Yu Bixuan from Singapore, currently with a record of 7-0. He’s looking for his final win to solidify his position as 1st in the leaderboard.

Bixuan is playing with Atlantean. 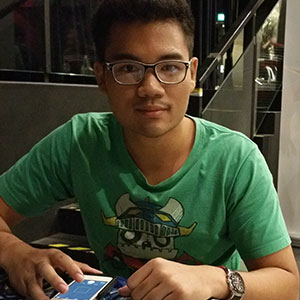 On the other side, we have Chattanat Sirirattanapat “Benz” from Bangkok, Thailand, currently with a record of 6-1. Winning this match would give him a very good chance of taking the 1st position with his strong tiebreakers.

Benz is a familiar face in the Thai competitive scene, being the 1st Runner-Up of the World Championship 2013 – Thailand Qualifier.

Benz is also playing with Atlantean.

Bixuan won the dice roll but chose to go second.

Moulinglacia the Elemental Lord was then Special Summoned, discarding and banishing Bixuan’s Neptabyss the Atlantean Prince and Atlantean Heavy Infantry. Benz followed with a set card to his backrow before passing. 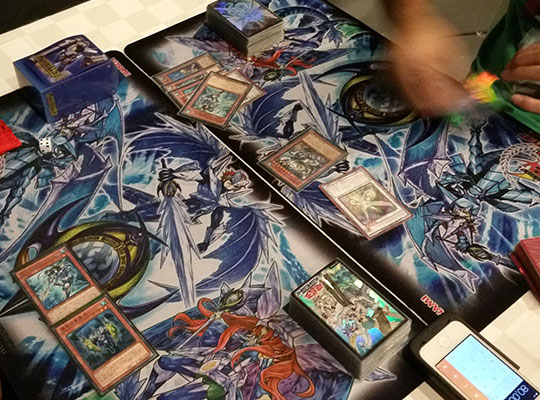 It was only the first turn, but Bixuan found himself facing against a strong opening from his opponent. With Herald of the Arc Light stopping his Atlanteans, Bixuan could only set 2 cards to his backrow and passed.

Benz looked to push his advantage as he played a Mystical Space Typhoon from his hand, targeting one of Bixuan’s set card. Unfortunately it was a Compulsory Evacuation Device, bouncing Benz’s Herald of the Arc Light back to the Extra Deck.

Benz Normal Summoned Atlantean Marksman and attacked with it, but Bixuan had Ring of Destruction for it, dropping both players to 6600 life points. Moulinglacia the Elemental Lord was left open to direct attack for 2800 damage, dropping Bixuan further to 3800 life points.

Bixuan Normal Summoned Neptabyss the Atlantean Prince, but it was met with Benz’s Ring of Destruction, dealing 800 damage to both players. Bixuan paid 1000 life points to activate Instant Fusion, but Benz had his Maxx “C” ready. Instant Fusion brought out Elder God Noden, which in turn revived Neptabyss the Atlantean Prince, allowing Benz to draw 2 cards through Maxx “C”. 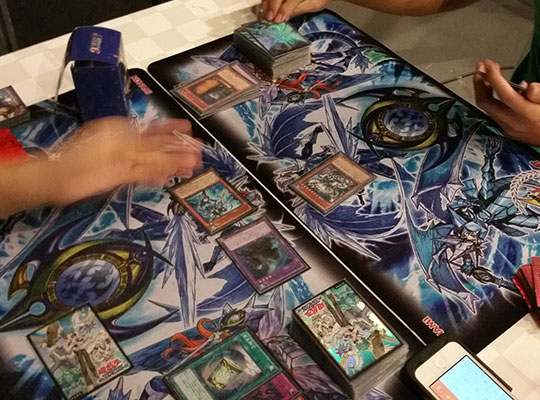 During the End Phase, Elder God Noden was destroyed, and the Neptabyss the Atlantean Prince that it brought back was banished.

Despite the explosive Turn 1 play that Bixuan was largely unable to recover from, Bixuan remained steadfast in his strategy of going second in the mirror match.

Atlantean Heavy Infantry and Deep Sea Diva were then used to Synchro Summon Herald of the Arc Light, eliciting a concede from Benz. 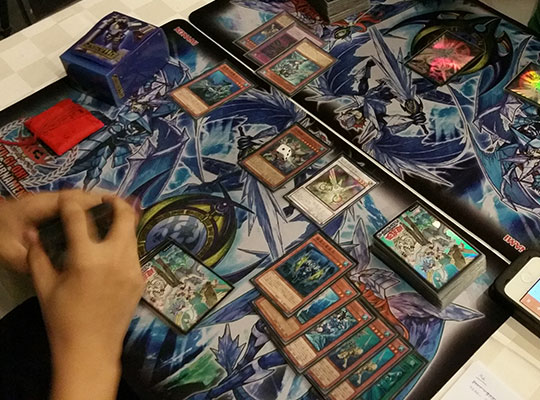 Bixuan heaved a sigh of relief as going into the 3rd game opened up the opportunity for a comeback in this match. Benz was not going to give in either as the match reaches its climax in the final game.

Benz had a different strategy for the mirror match-up and opted to go first.

Benz pondered over his cards for a moment before making a move. He opened with Atlantean Heavy Infantry into Deep Sea Diva, bringing out Neptabyss the Atlantean Prince.

Neptabyss the Atlantean Prince‘s effect was activated, sending Atlantean Dragoons, and both Atlantean Marksman and Moulinglacia the Elemental Lord were added to hand.

Benz played Monster Reborn to revive Neptabyss the Atlantean Prince, but wanted to switch to Atlantean Dragoons after realizing that he could bring out Trishula, Dragon of the Ice Barrier. Bixuan appealed to the Judge, and the verdict given was that Monster Reborn had successfully resolved as the targeted monster was already placed on the field, and Monster Reborn was placed in graveyard. As such, Benz was unable to re-select a different target for his Monster Reborn. 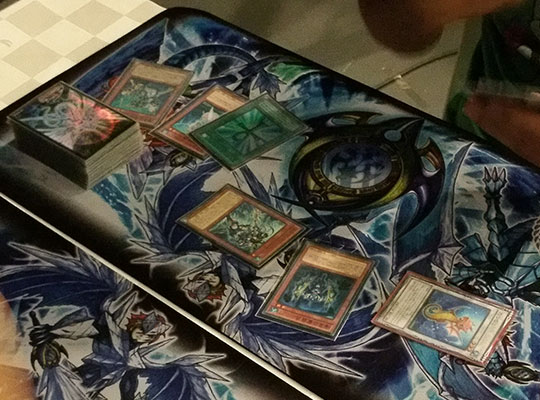 Slightly disappointed by his own mistake, Benz could only settle for a Stardust Spark Dragon using Atlantean Marksman from hand with Child Dragon and Atlantean Heavy Infantry from the field for the Synchro Summon.

Moulinglacia the Elemental Lord was then Special Summoned, discarding Bixuan’s Pot of Avarice and Atlantean Heavy Infantry, and that was all for Benz’s turn. 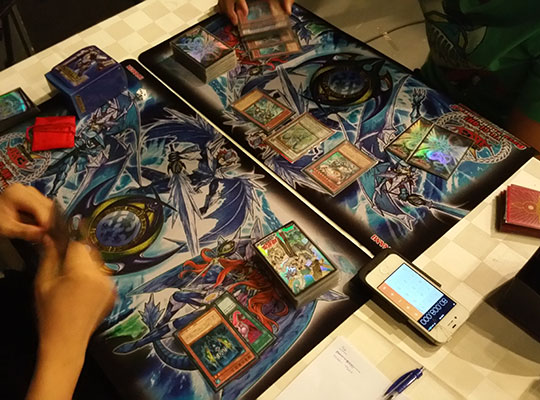 Bixuan Normal Summoned Atlantean Dragoons and attacked into Neptabyss the Atlantean Prince, resulting in Benz activating Stardust Spark Dragon‘s effect to protect it. Bixuan followed with a Dark Hole in his Main Phase 2 to clear out the board, before setting 2 cards to his backrow and passing the turn. 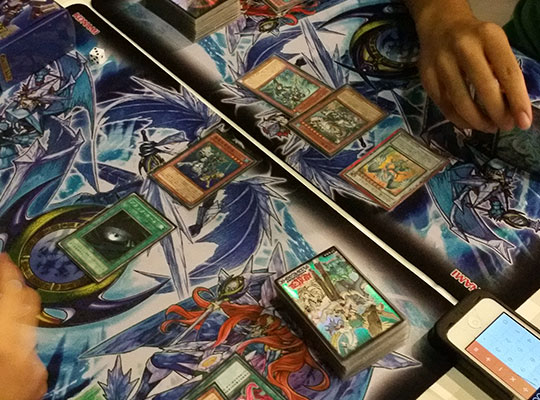 The following three turns were consecutive draw and pass between the two duelists.

Benz broke the standstill with a Moray of Greed, shuffling Atlantean Heavy Infantry and Mermail Abyssmegalo back to the deck to draw 3 cards. Benz found himself a Salvage which took back Deep Sea Diva and Neptabyss the Atlantean Prince.

Deep Sea Diva was then Normal Summoned, and Neptabyss the Atlantean Prince was Special Summoneded. Bixuan activated his Torrential Tribute before Benz could continue any further. Stopped in his tracks, Benz could only set a card to his backrow before passing the turn.

It was Bixuan’s chance for a counterattack! Bixuan played Harpie’s Feather Duster, destroying Benz’s Torrential Tribute and Ring of Destruction. Bixuan followed with a One for One to bring out Neptabyss the Atlantean Prince.

Neptabyss the Atlantean Prince sent Atlantean Dragoons to the graveyard, and both Atlantean Marksman and Deep Sea Diva were added to hand. 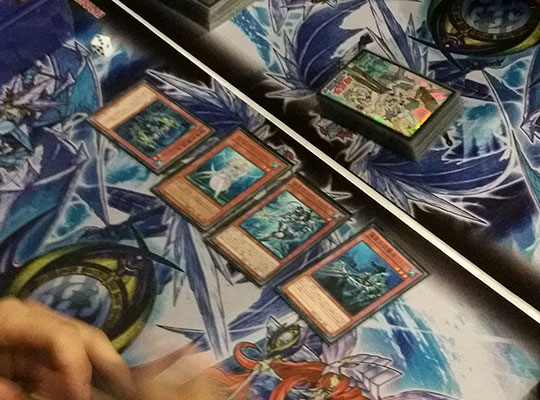 Not wanting to make any mistakes, Bixuan carefully mulled over his options and uttered that the tensed situation was causing him to experience tournament stress. With so much on the line, a little tournament stress was inevitable.

Benz drew and passed, to the surprise of the crowd. 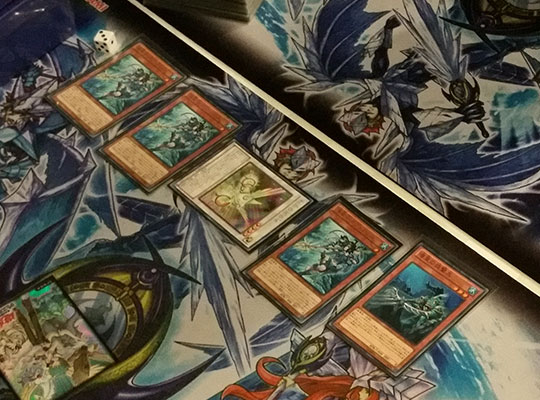 “Why isn’t your Herald of the Arc Light in Attack Position?”, Benz lamented.

“Cos it’s prone to attacks with its low ATK”, Bixuan replied.

Perhaps Benz had a Neptabyss the Atlantean Prince in hand that was unable to go over Herald of the Arc Light‘s defense.

Bixuan set a card to his backrow and passed.

Benz activated Mystical Space Typhoon on his turn, targeting Bixuan’s set card. Bixuan flipped it over, revealing it to be Diamond Dust. Diamond Dust destroyed all of Bixuan’s WATER monsters, dealing the game-winning 2000 damage to Benz!! 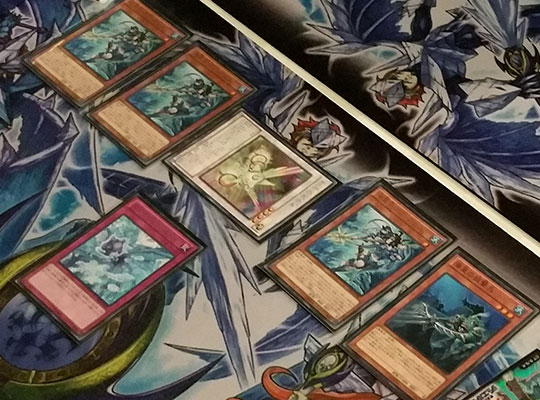 Bixuan let out his emotions after clinching a close victory over Benz. His perfect 8-0 record with Atlantean is a humble reminder as to why his nickname is “SG Best Mermail”. 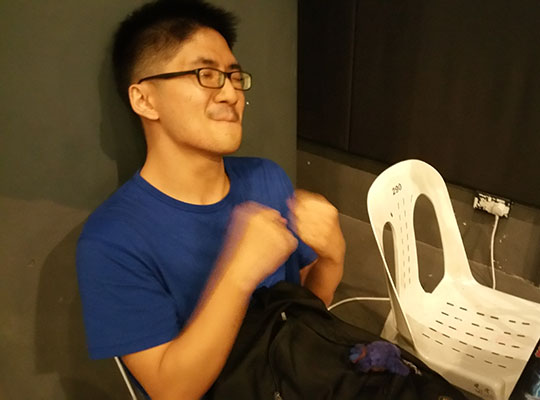 Yu Bixuan, with his Atlantean, is your YOT Singapore 2015 Asia Premier Champion!!