This report will cover 55 top-performing decks from 11 tournaments that were held in Japan and China during 2 – 5 March 2019. 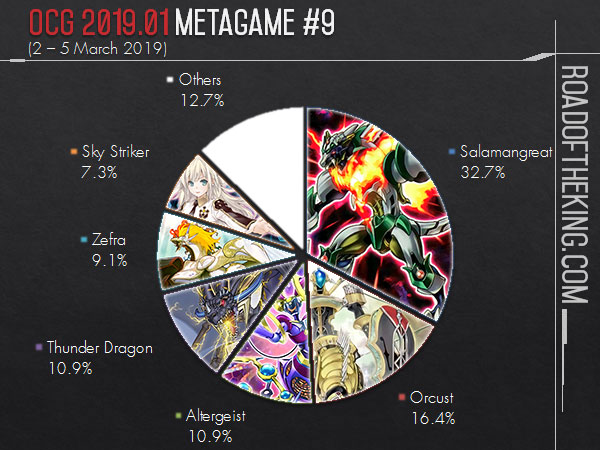 He ran 2 copies of D.D. Crow in the Main Deck, a trend that is gaining traction this week.

D.D. Crow is great against Salamangreat, Orcust and Sky Striker, making it a reasonable tech to run in the Main Deck for a stronger match-up during Game 1.

But this does worsen other match-ups like Thunder Dragon and Subterror. 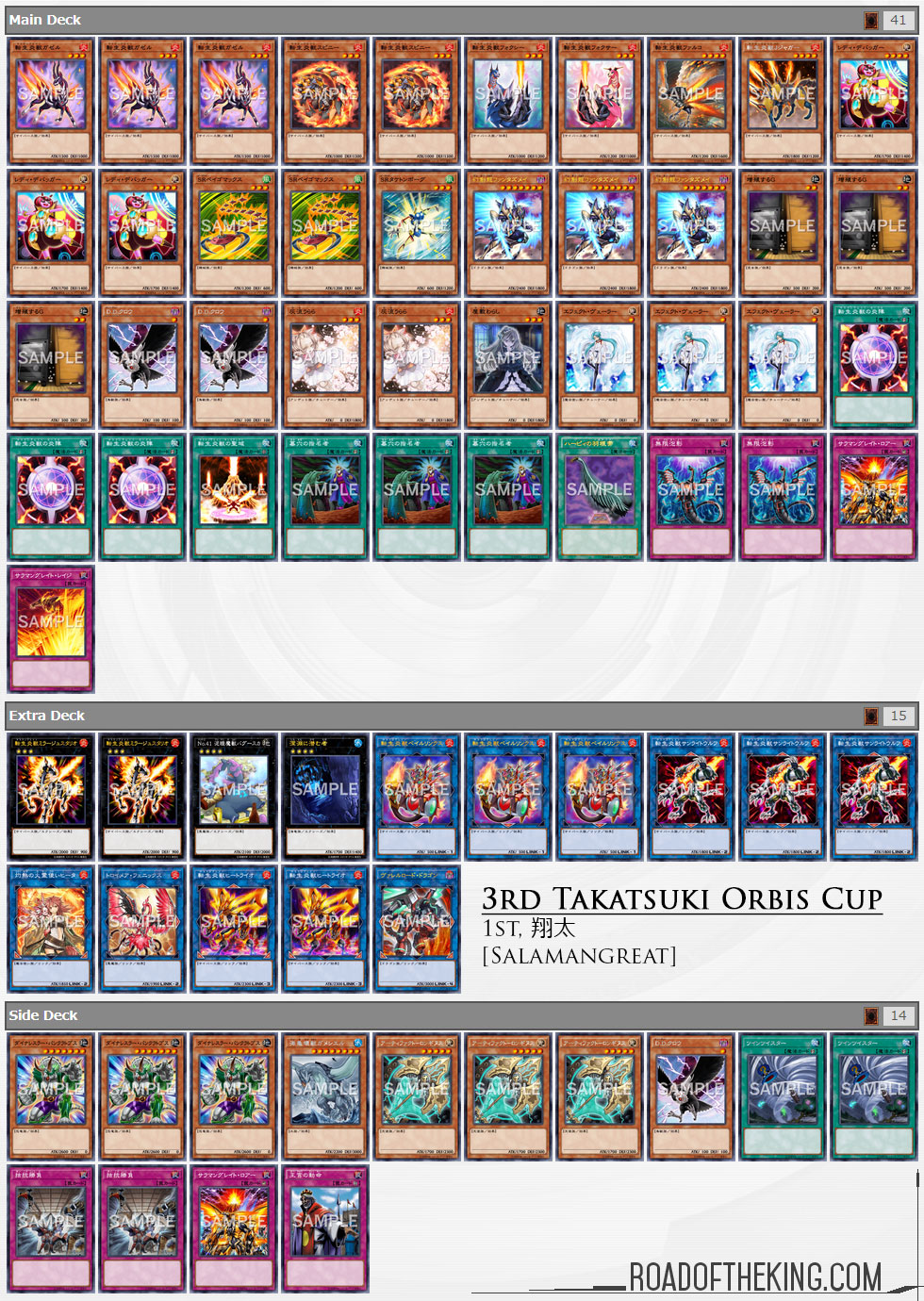 Without The Phantom Knights of Rusty Bardiche, the deck no longer relies on Orcustrated Babel to activate Orcust Cymbal Skeleton and Special Summon Dingirsu, the Orcust of the Evening Star during the opponent’s turn.

Instead he focus on having just Borreload Savage Dragon and Orcust Crescendo to negate the opponent’s cards or effects. Although this puts out lesser disruptions, it improves the consistency by cutting the issue of drawing into the Phantom Knights cards.

The deck is also able to setup a lockdown with El Shaddoll Winda to restrict Special Summon to once per turn. El Shaddoll Winda can be simply Special Summoned with Instant Fusion at the end of the combo, and when Winda would be destroyed during the End Phase, Dingirsu, the Orcust of the Evening Star ② effect would detach 1 Xyz Material instead. 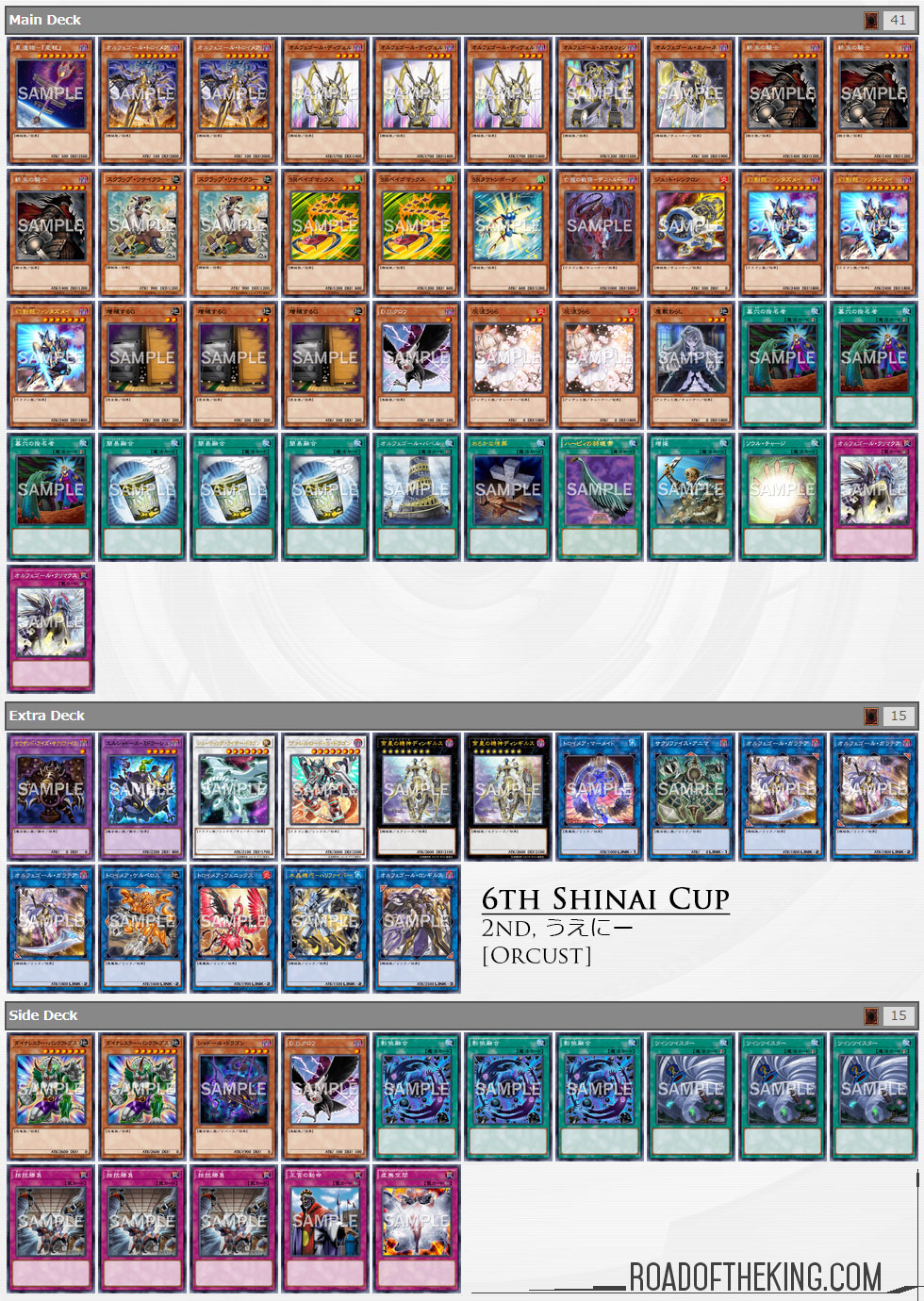 On Saturday, he went 8-0 and finished 1st in “1st Tokiwa Cup” which had 39 participants.

He ran 2 Different Dimension Ground in the Side Deck for his Saturday build, and eventually increased it to 3 by cutting Trap Trick for his Tuesday build.

Different Dimension Ground is great against Salamangreat and Orcust by preventing them from sending monsters to the graveyard and utilizing their graveyard effects.

As the opponent will be siding in Harpie’s Feather Duster and Twin Twisters against Altergeist, Different Dimension Ground can be chained to them, while still triggering Altergeist Multifaker. 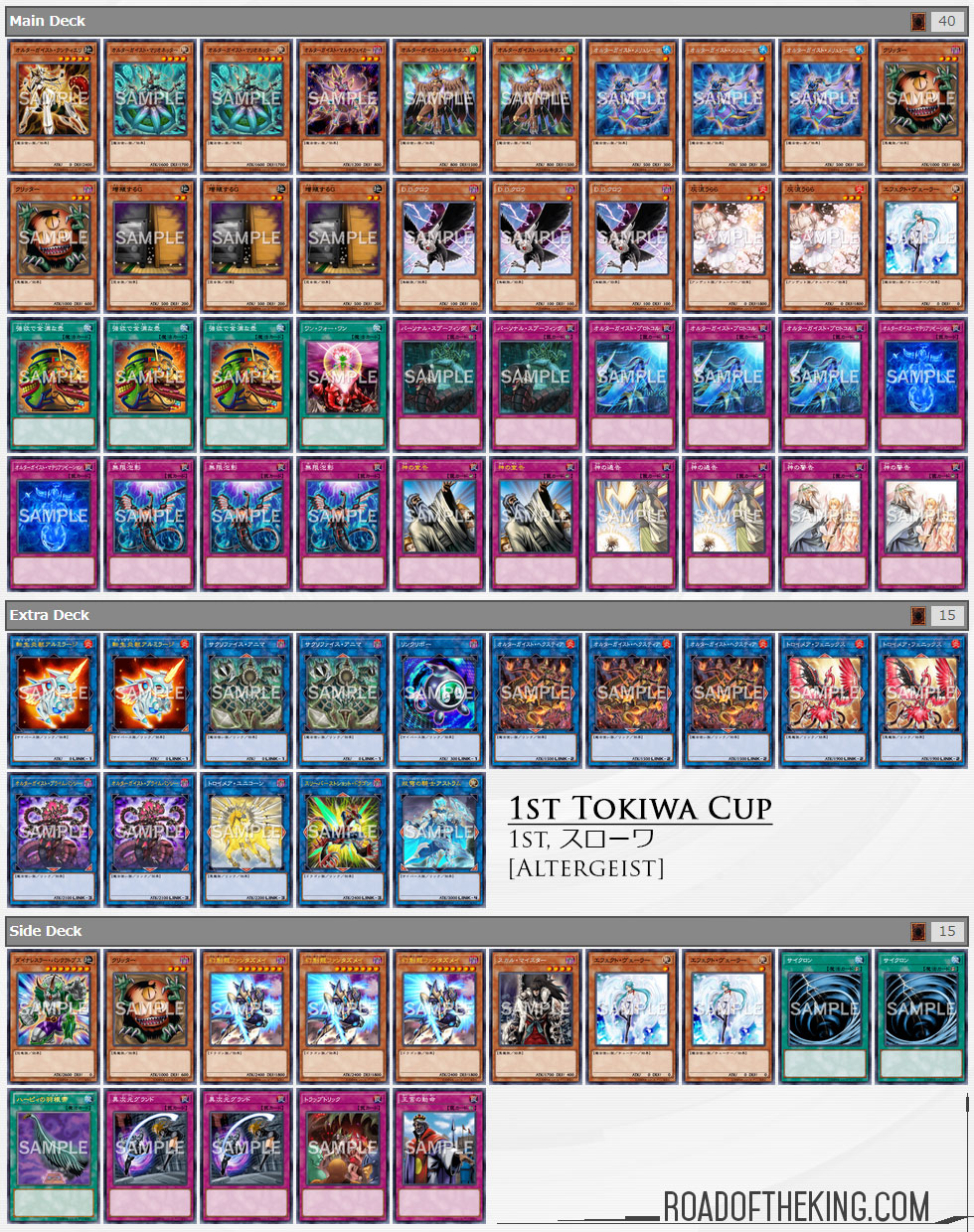 Although Thunder Dragon is useful for enabling Thunder Dragon Titan ① effect, it often leads to brick in hand especially when drawn in multiple copies.

Instead, he chose to run Upstart Goblin to focus on consistently bringing out Thunder Dragon Colossus, and relying on the assortment of ‘Hand Traps’ he has prepared in the Side Deck to disrupt the opponent. 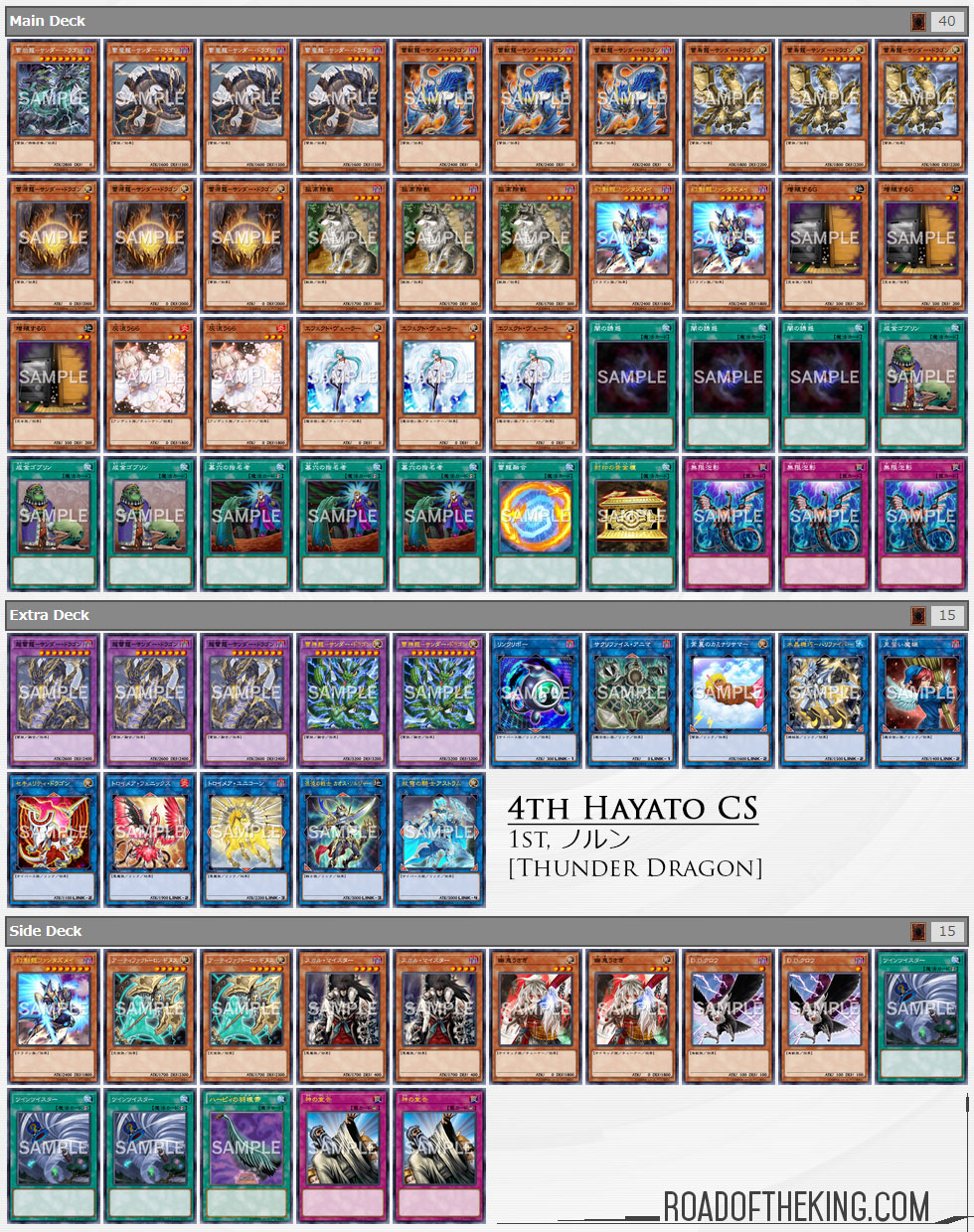 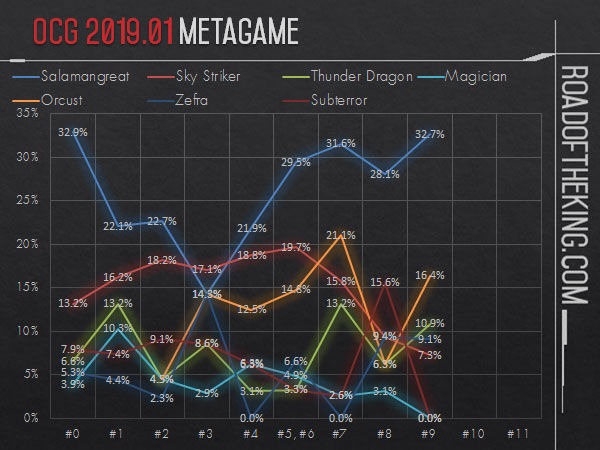 Salamangreat and Orcust remains as the top decks to beat, while Sky Striker has fallen considerably.

Sky Striker is having a difficult time as everyone has been running Fantastical Dragon Phantazmay in the Main Deck, and now with D.D. Crow to disrupt Sky Striker Ace – Kagari and Pot of Avarice.

We are seeing a lot of progress in build optimization as players have lowered their deck’s ceiling for improved consistency.

Similarly, you do not need 4 – 5 disruptions to win if 2 – 3 disruptions is sufficient, especially when it is a safer and more consistent play.