This report will cover 38 top-performing decks from 6 tournaments that were held in Japan and China during 16 – 19 February 2019. 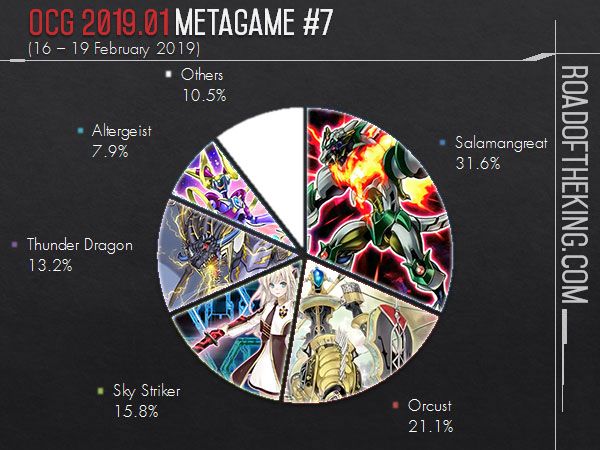 On Sunday, he went 8-1 and finished 1st in “Hatti CS × Surugaya Cup in Surugaya Takatsuki Trading Card House” which had 64 participants.

He ran 3 copies of Crackdown in the Main Deck.

In the mirror match, Crackdown is useful for disrupting the opponent’s play by taking control of their Link Monsters. Taking control of Salamangreat Sunlight Wolf is also extremely advantageous since it can be used for a Reincarnation Link Summon later during your turn. 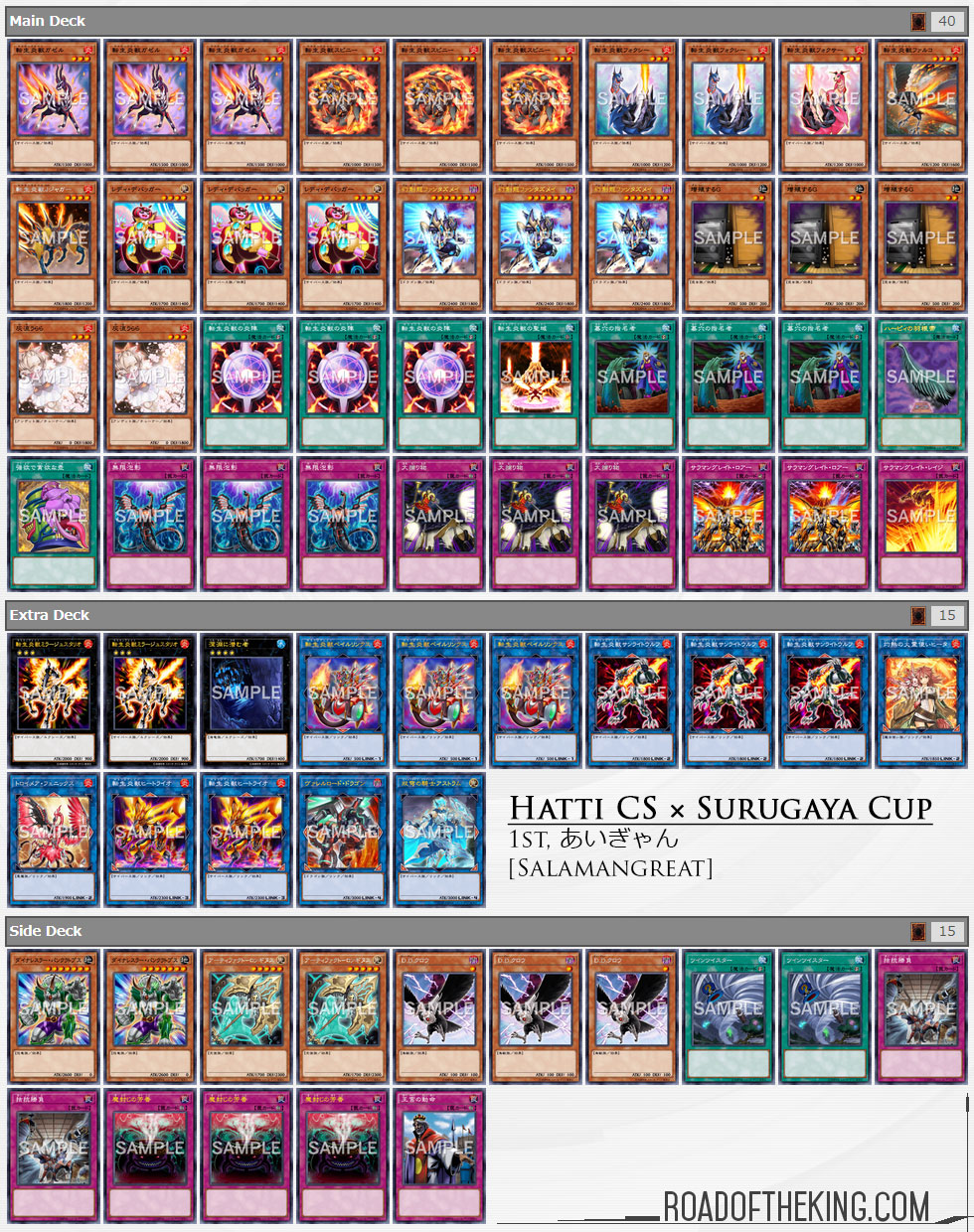 This lowers the explosive potential of the deck, but also improves the consistency by reducing the bricks in his opening hand. 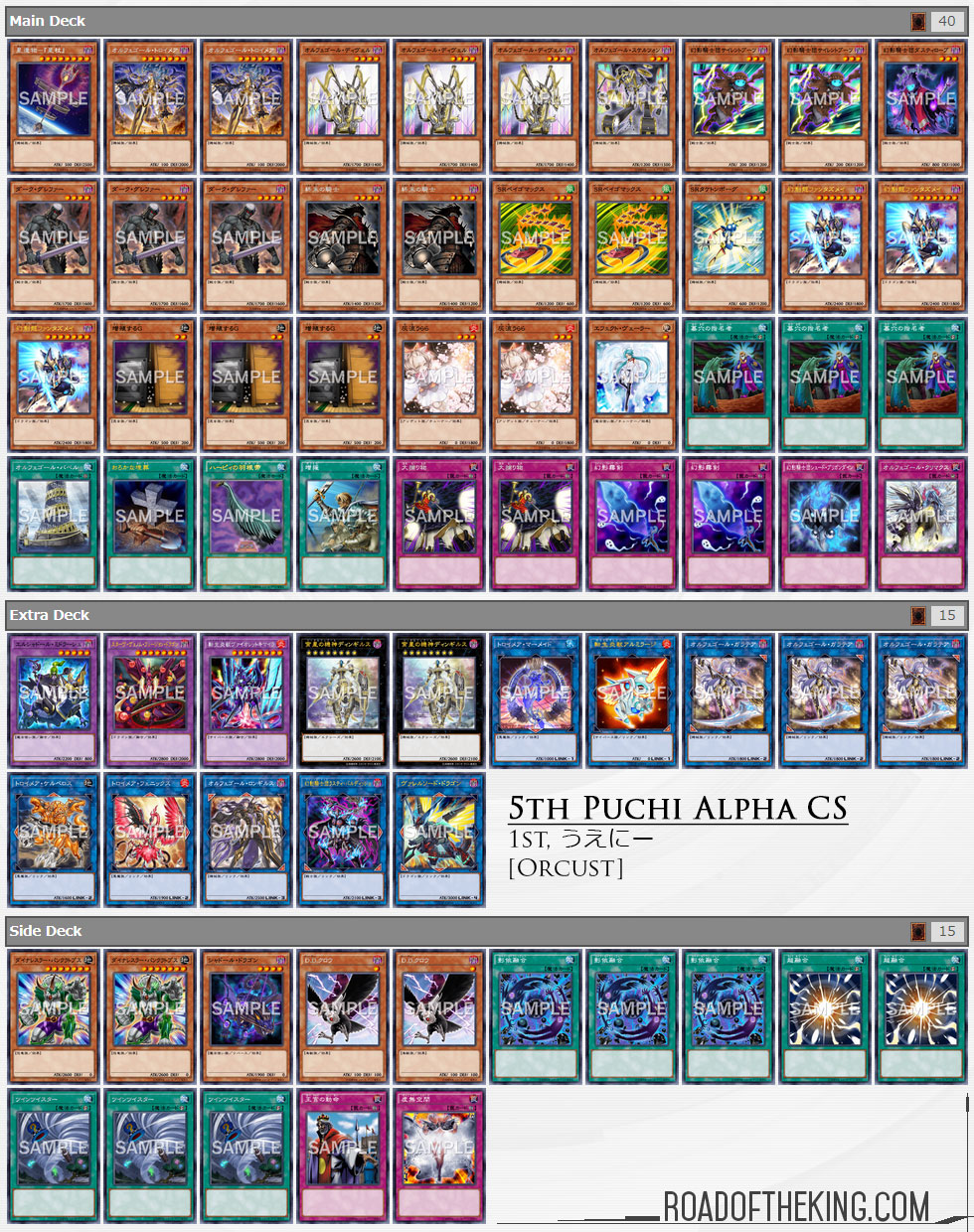 As Glow-Up Bulb is forbidden, the purpose of Linkuriboh is now mainly to serve as a stepping stone for Link Summoning Ningirsu the World Chalice Warrior.

Some Sky Striker players have started switching over to Relinquished Anima since it fulfils the same purpose, but has a useful effect that could be used to clear Link Monsters such as Salamangreat Sunlight Wolf, Salamangreat Heatleo, Knightmare Cerberus, Knightmare Phoenix, Triple Burst Dragon, Borrelsword Dragon.

As these Link Monsters have a Link Arrow pointing up, when they are summoned in the Extra Monster Zone, their Link Arrow allows Relinquished Anima to be Link Summon directly in front of them, allowing Anima to target and equip those Link Monster to itself.

Due to the increase of Relinquished Anima being played, it is best to avoid summoning in the 2nd and 4th Main Monster Zone. 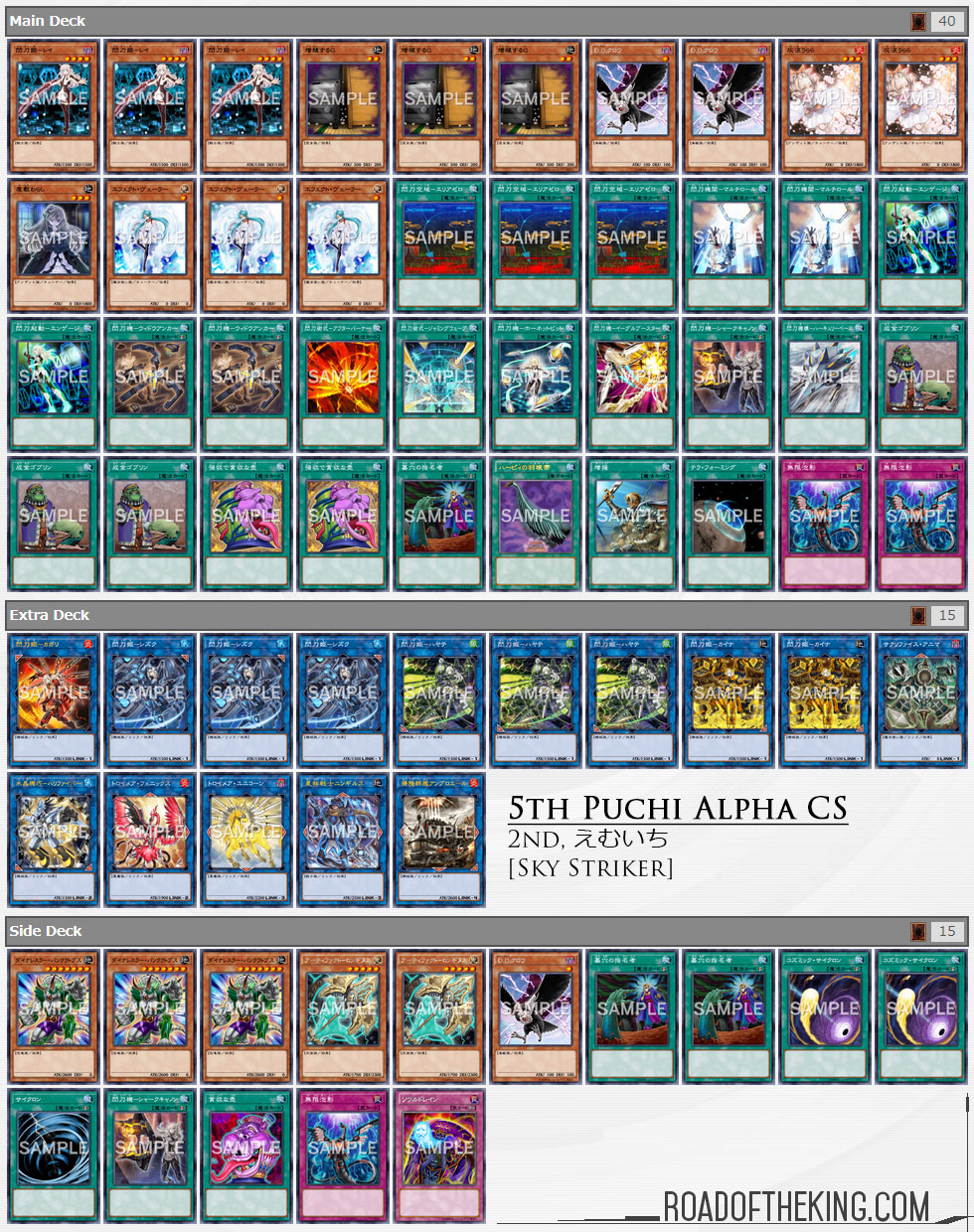 He ran 3 copies of Manhunt in the Main Deck. Not only does Manhunt functions as a disruption, it can also be used to take back his own Thunder Dragon Colossus if the opponent took it using Manhunt.

He also ran 3 copies of Macro Cosmos in the Side Deck.

Macro Cosmos is very powerful against Salamangreat and Sky Striker.

Against Salamangreat, Macro Cosmos banishes all their cards, denying their monsters from Special Summoning themselves from the graveyard, and Salamangreat Sunlight Wolf from recurring the Salamangreat Monsters and Traps.

Against Sky Striker, Macro Cosmos banishes all their Spells, preventing them from hitting 3 Spells in the graveyard. It also banishes Sky Striker Ace – Raye.

Against Orcust, although Macro Cosmos could banish all their Orcust and Phantom Knights monster, preventing them from using their graveyard effect, but Orcust could always go into Knightmare Phoenix first to destroy Macro Cosmos before continuing into Knightmare Mermaid. 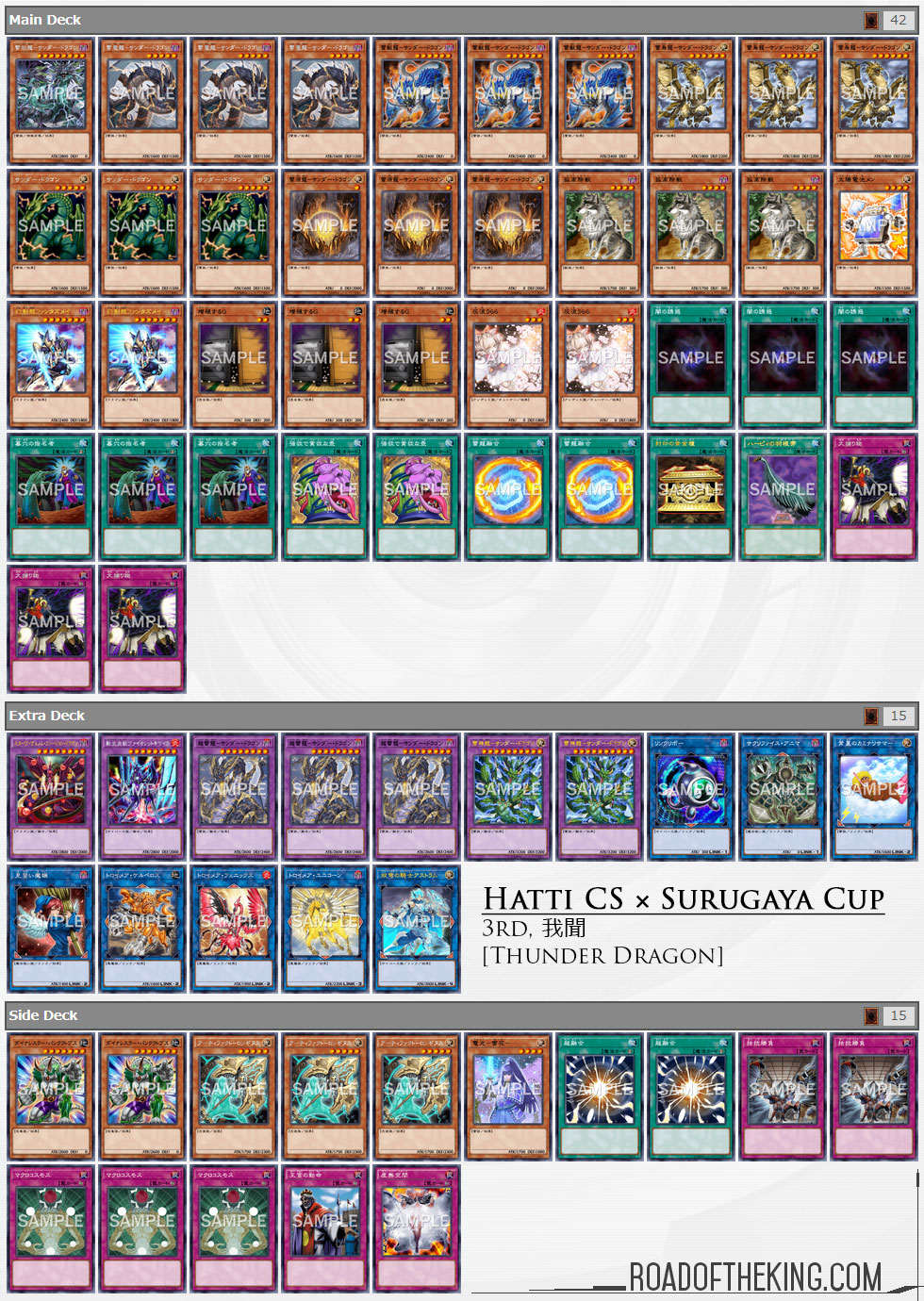 Salamangreat, Orcust and Sky Striker are still the top contenders, while Thunder Dragon is experiencing a slight resurgence.

Manhunt was originally popularised by Altergeist and Subterror, but it has been picked up by many other decks.

Manhunt is similar to Compulsory Evacuation Device in that it has no activation conditions, making it a very flexible free-timing Trap. But by taking control of the opponent’s threat, it turns the threat around on them, and forces them to answer it instead.