This report will cover 50 top-performing decks from 7 tournaments that were held in Japan and China during 21 – 24 July 2018. 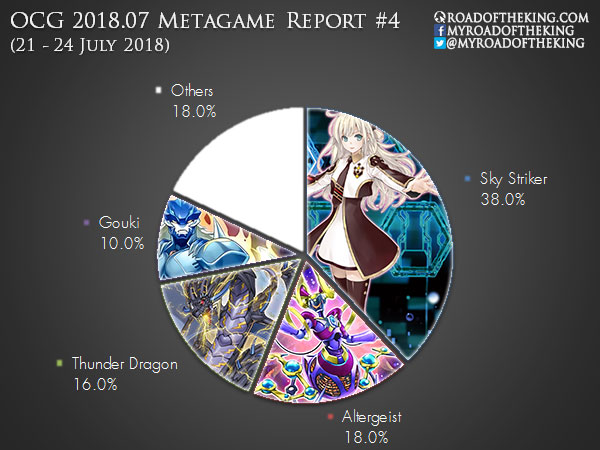 The changes that Sky Striker made to their builds by running 2-3 Ghost Belle & Haunted Mansion and 3 Infinite Impermanence in the Main Deck has improved their match-up against Thunder Dragon. Some players are also choosing to run a second copy of Pot of Desires in the Main Deck. As Pot of Desires can be activated while Thunder Dragon Colossus is on the field, it gives them a chance to draw into Sky Striker Mecha – Widow Anchor and Infinite Impermanence.

Artifact Lancea is another Side Deck card that had seen increased play this week. Its main purpose is to stop Gold Sarcophagus and thus deny Thunder Dragon of their basic core combo to setup Thunder Dragon Colossus.

Other than Thunder Dragon, Artifact Lancea is also moderately useful against Gouki by preemptively preventing Destiny HERO – Malicious from activating its effect. Artifact Lancea has the advantage of being able to be activated while Magical Mid-Breaker Field is in play. 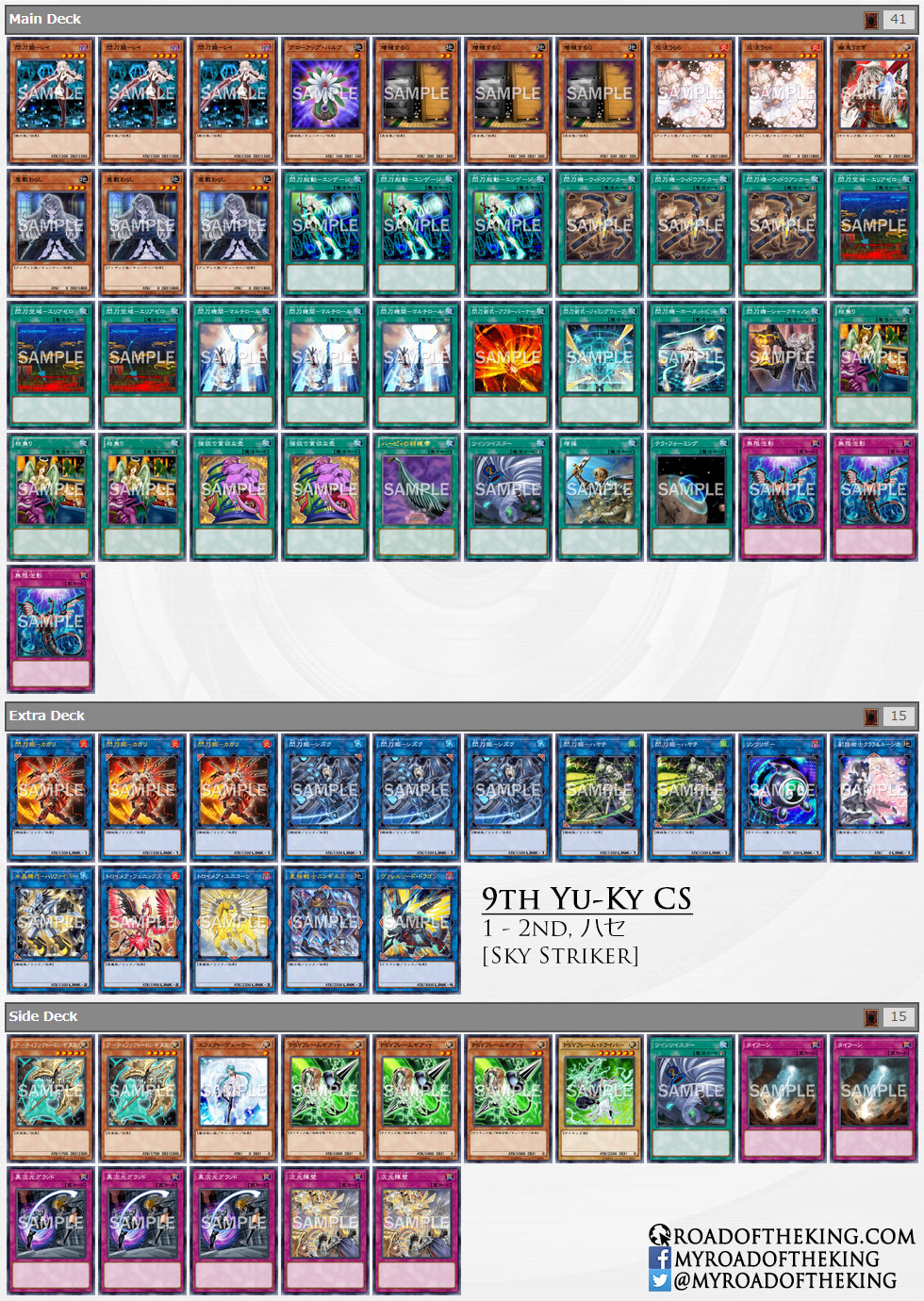 Running 3 Mind Control and 1 Sky Striker Mecha – Hornet Drones in the Side Deck is a currently popular tech for Altergeist against Sky Striker.

When going second, Mind Control is used to take control of the opponent’s Sky Striker Link Monster, typically Sky Striker Ace – Shizuku. It will then be used to Link Summon Sky Striker Ace – Hayate, whose effect would then send Hornet Drones from the deck to the graveyard.

Since Aleister is a Spellcaster monster, following up with Secret Village of the Spellcasters would lock the Sky Striker opponent from playing Spell cards. 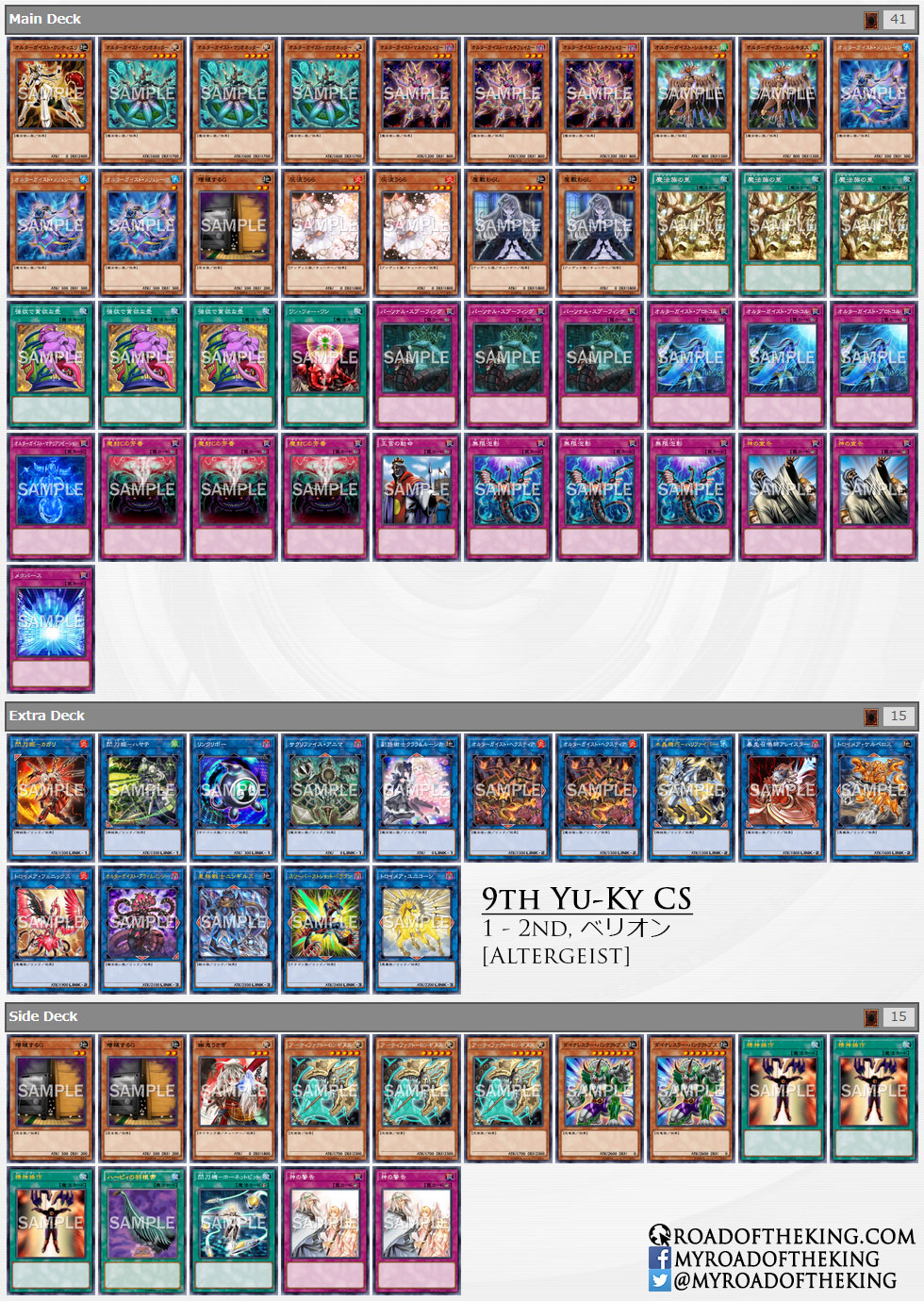 Tera (テラ) went 7-1-1 and finished 1 – 2nd in “Hatti CS × Surugaya Cup in Surugaya Takatsuki Trading Card House” which had 52 participants.
‏
Denko Sekka is gaining popularity in the Side Deck of Thunder Dragon to go against Sky Striker and Altergeist. 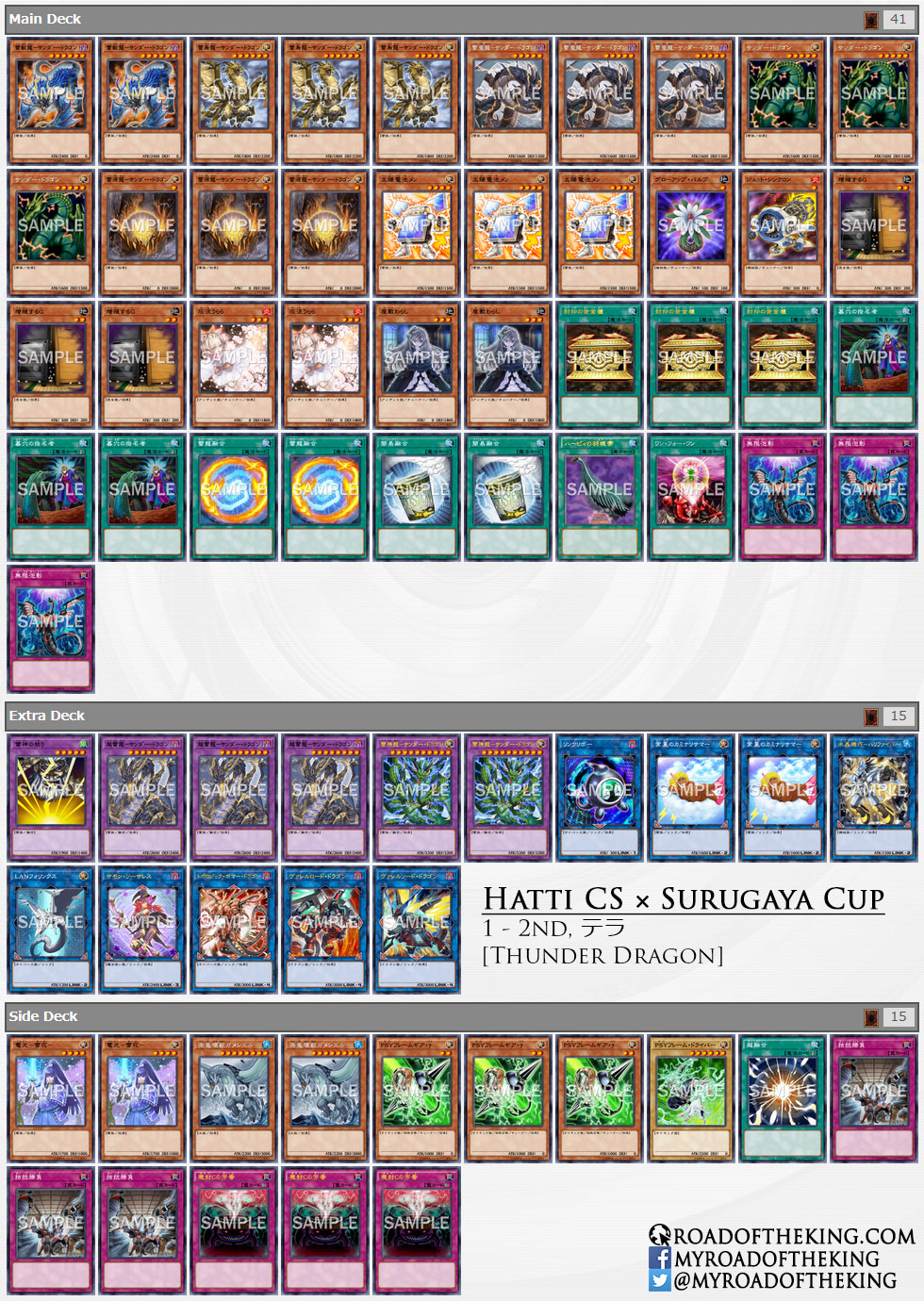 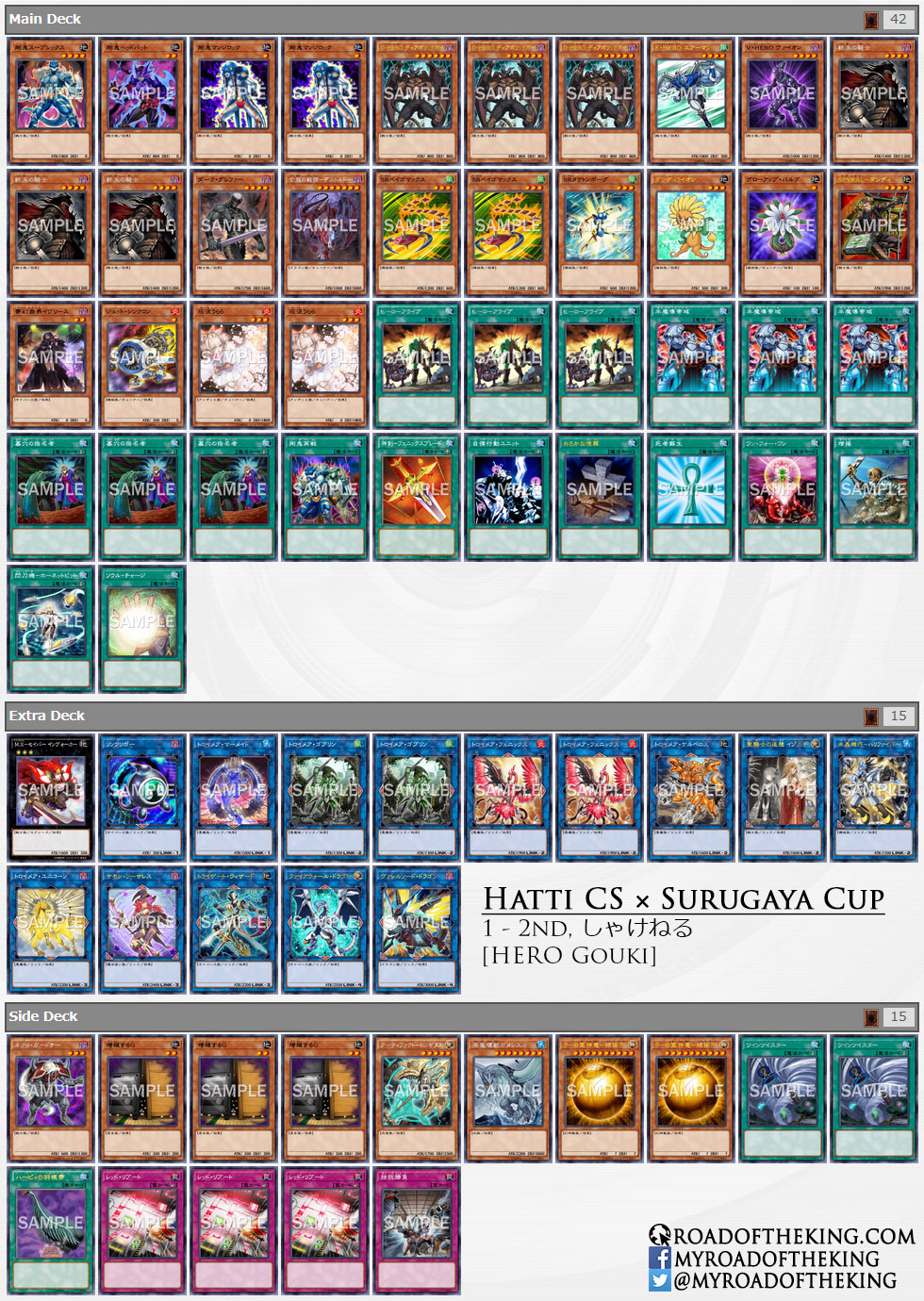 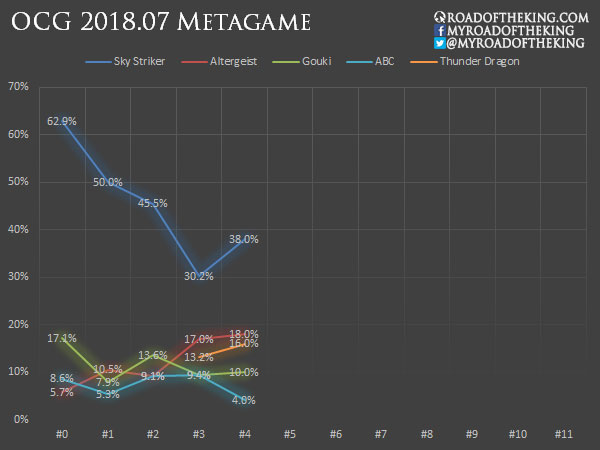 The trend from Week #3 continues as we have Sky Striker, Altergeist and Thunder Dragon as the top 3 decks.

The power level between these decks are relatively marginal but Sky Striker has the consistency that outperforms the other decks.