This report will cover 28 top-performing decks from 5 tournaments that were held in Japan and China during 8 – 9 September 2018. 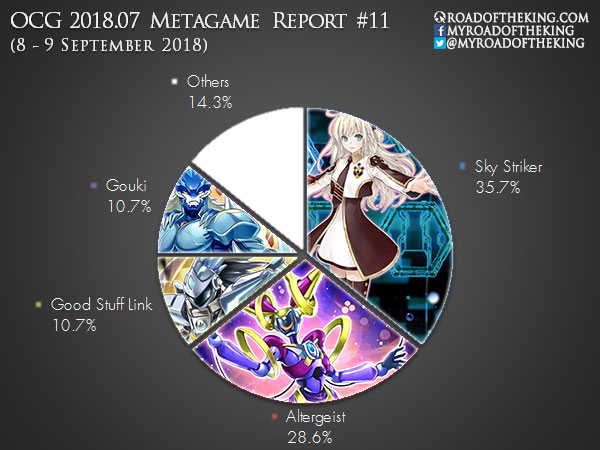 With significantly lesser Sky Striker mirror matches, Shared Ride has been largely relegated from the Main Deck to the Side Deck. Sky Striker Mecha – Eagle Booster has also been cut from the deck. 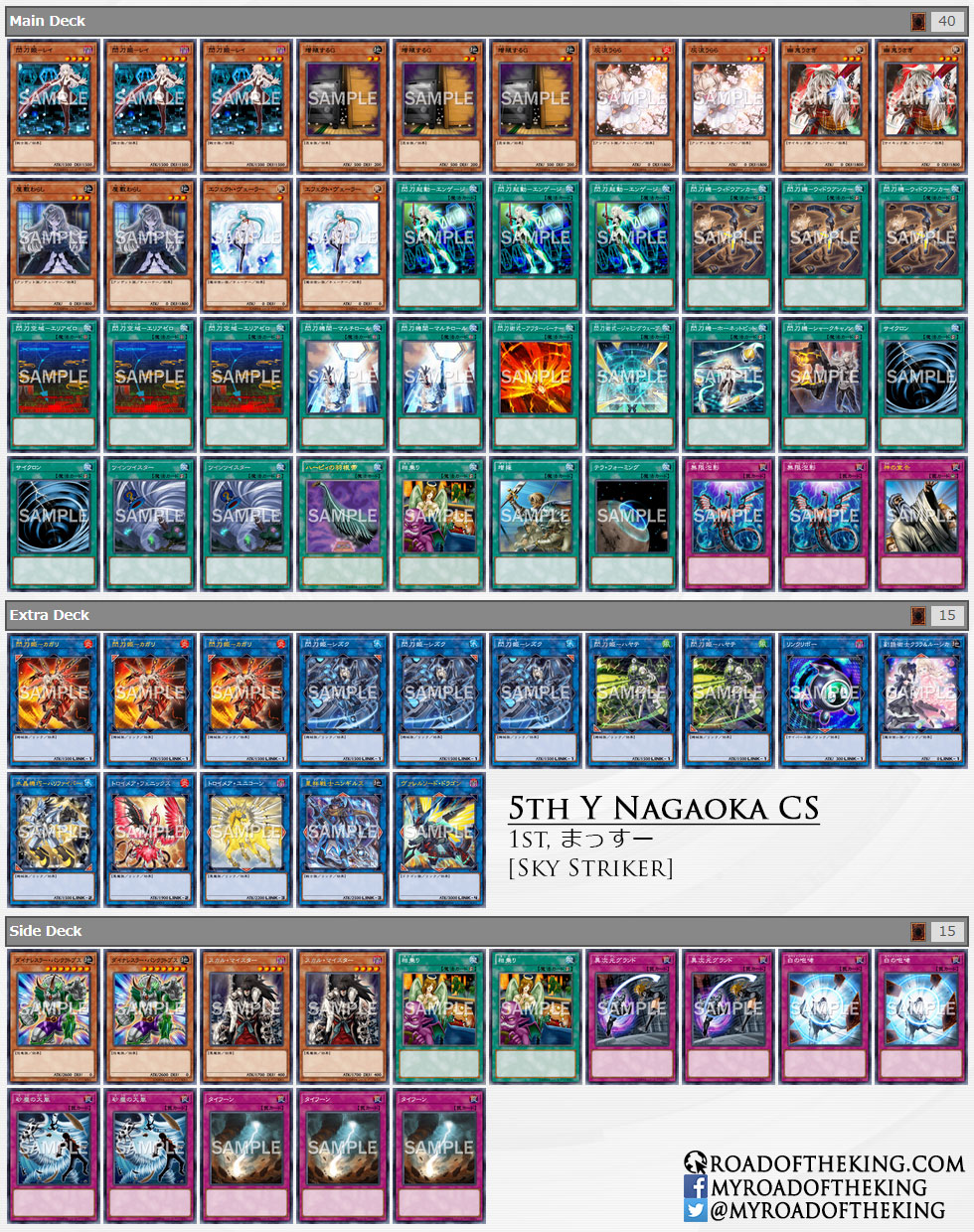 Traptrick has been seeing play in the Side Deck of some Sky Striker decks, functioning essentially as the third copy of various Normal Traps due to space constraint.

However in Altergeist, Traptrick works as a Swiss Army knife that can set the appropriate Normal Trap to deal with the situation.

Infinite Impermanence for negating a monster effect and other Spell/Trap effects in the same column, Heavy Storm Duster for clearing the backrow Spells/Traps, and Altergeist Manifestation for reviving Altergeist monsters.

After Side Decking, Traptrick can also be used to set Metaverse, which in turn will activate Secret Village of the Spellcasters directly onto the field. 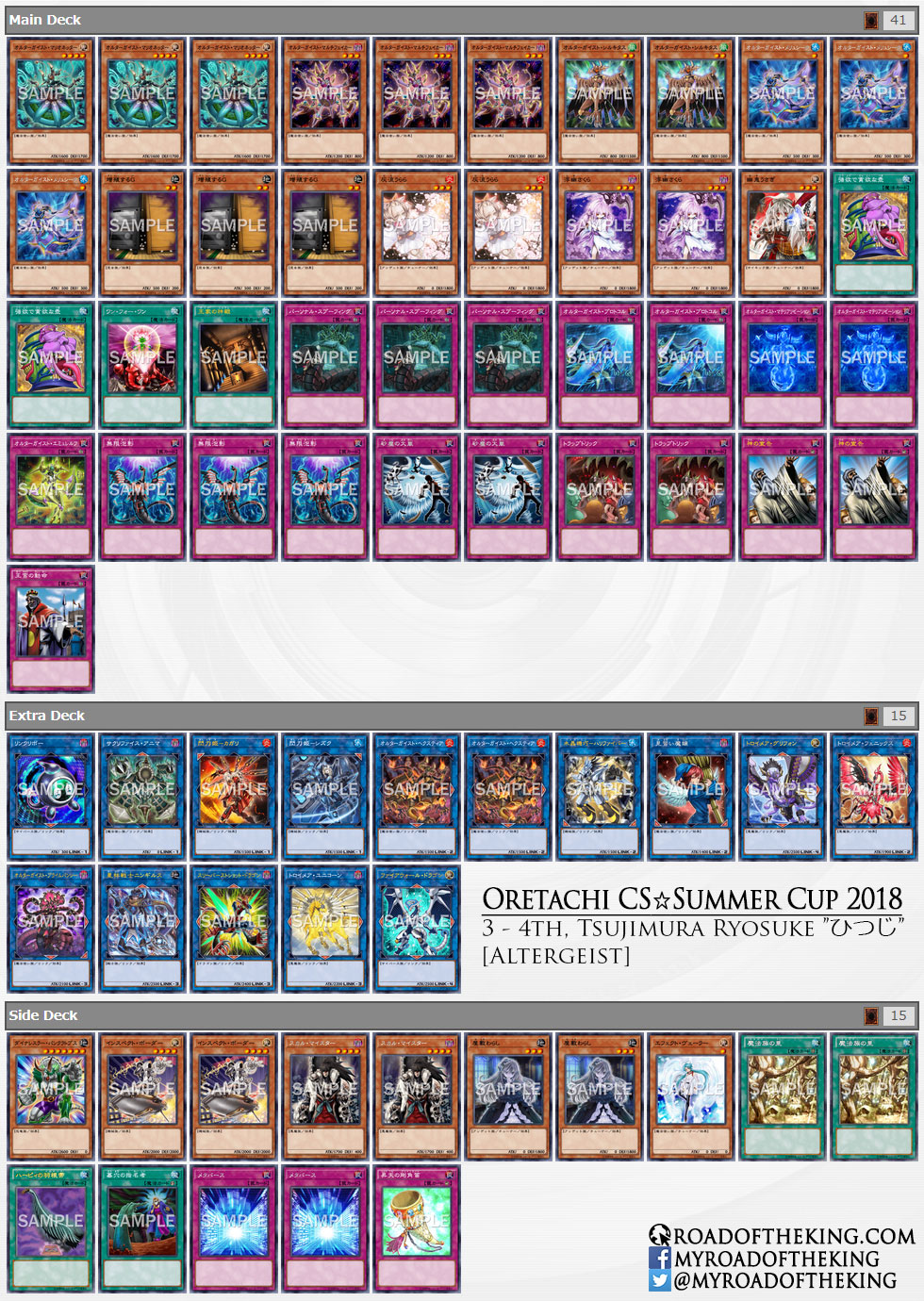 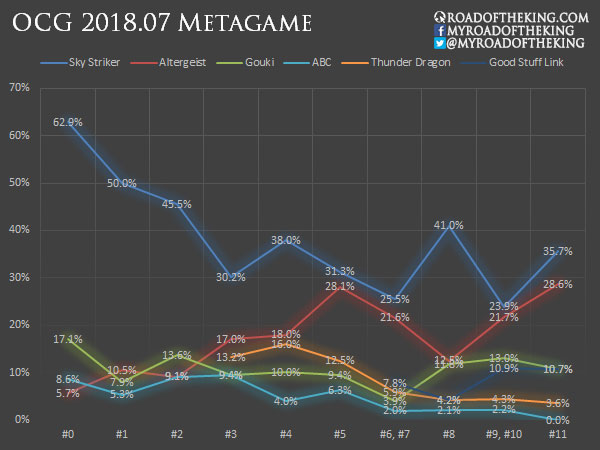 Towards the end of OCG 2018.07, the format has largely settled around Sky Striker, Altergeist and Knightmare Link (Good Stuff Link, Gouki).

Extra Pack 2018 has little impact on the competitive scene. The only notable performance is a Vendread in the Top 16 of “Duel City 2018 Tianjin”.