The first monsters of their respective monster card type (Fusion, Synchro, Xyz, Pendulum, Link) to become forbidden in the OCG. 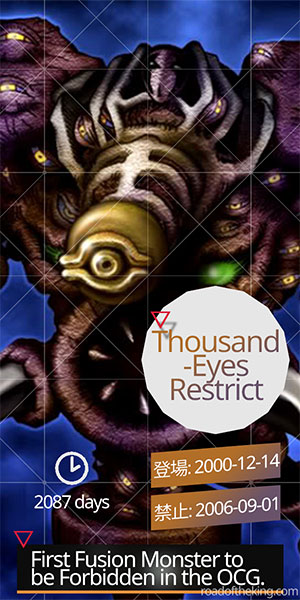 Thousand-Eyes Restrict was later released in Thousand Eyes Bible on 14 December 2000. However it did not see play in the competitive scene until Metamorphosis was released in The New Ruler on 16 May 2002, and Magical Scientist was released in Champion of Black Magic on 19 September 2002.

The OCG 2005.03 format was dominated by Goat Control, also known as Metamorphosis Chaos (変異カオス) in Japan. The deck revolves around using Metamorphosis to Special Summon Thousand-Eyes Restrict. Thousand-Eyes Restrict creates a soft-lock on the board by preventing other monsters on the field from changing positions or attacking, and also functions as a removal by equipping the opponent’s monster to itself.

Goat Control, piloted by Miltiadis Markou from Greece, would go on to win the Yu-Gi-Oh! World Championship 2005.

The release of Instant Fusion in Cyberdark Impact on 10 August 2006 was the catalyst that put Thousand-Eyes Restrict on the OCG 2006.09 Forbidden List, making it the very first Fusion Monster to become forbidden. 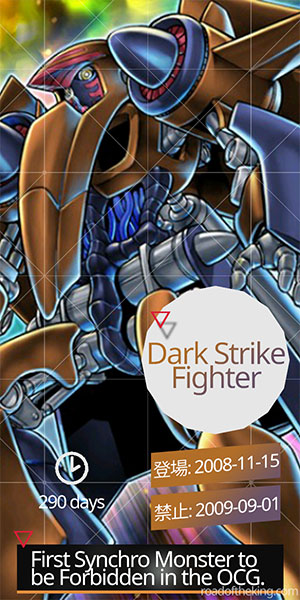 Blackwing, piloted by Benjamin Tan Hong Hwee from Singapore, would go on to win the Yu-Gi-Oh! World Championship 2009. 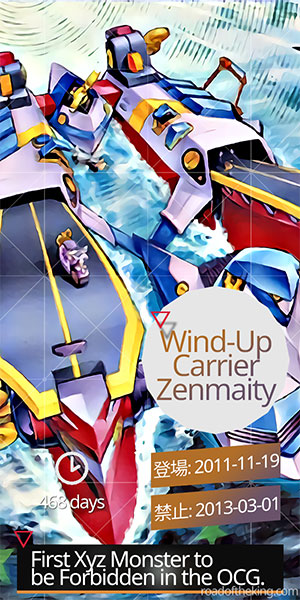 Wind-Up Carrier Zenmaity was first released in Order of Chaos on 19 November 2011.

However, the release of Wind-Up Shark, Wind-Up Rabbit and Tour Guide From the Underworld in Extra Pack 2012 on 13 October 2012, enabled Wind-Up to swarm effectively even with just 1 Wind-Up Carrier Zenmaity, causing Zenmaity to become forbidden in OCG 2013.03.

Wind-Up Carrier Zenmaity was later revised to limited status in the OCG 2014.04 Limit Regulation by having Wind-Up Hunter forbidden instead. Zenmaity went to semi-limited in OCG 2015.04 and was eventually released in OCG 2015.10. 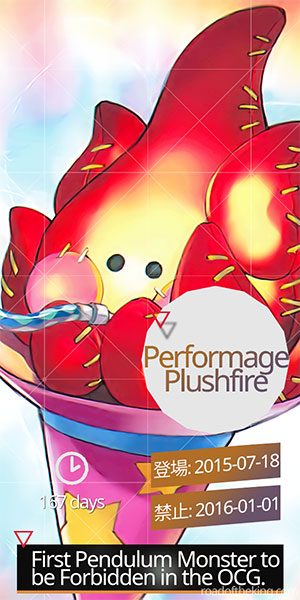 Performapal Performage was so dominating that Performage Plushfire went straight to forbidden in the OCG 2016.01 Limit Regulation. It holds the OCG record of being the fastest card to go from release to forbidden in a short span of 167 days. 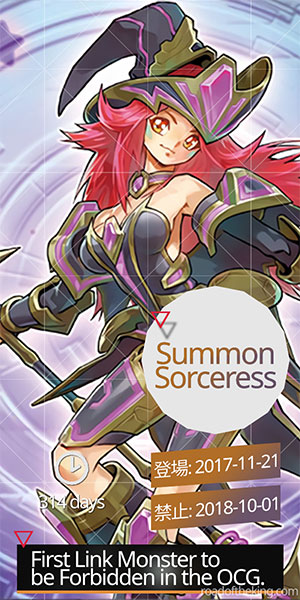 But it was only in OCG 2018.07 that saw the rise of the Knightmare Link decks – Gouki, Good Stuff Link, DARK Warrior Link, ABC, SPYRAL. All these decks made use of Crystron Halqifibrax and/or Isolde, Two Tales of the Noble Knights to combo into Summon Sorceress and then into Firewall Dragon and Knightmare Mermaid.

Summon Sorceress went straight to forbidden in the OCG 2018.10 Limit Regulation, making it the first Link Monster to become forbidden.