Dragon Ruler had disappeared from the competitive scene when the OCG 2014.07 Forbidden and Limited List limited both Dragon Ravine and Dragon Shrine, successfully shutting down the last viable engine that the Dragon Ruler had. 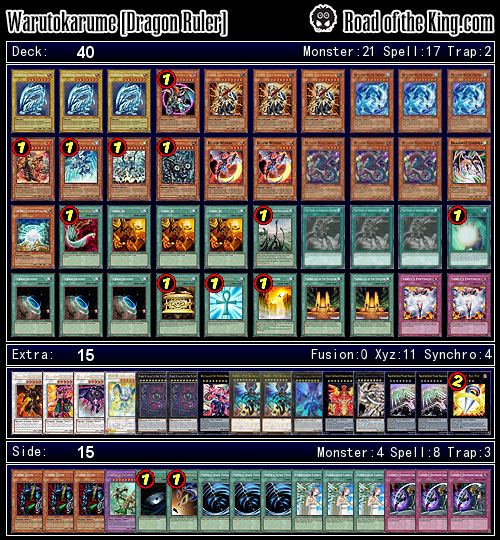 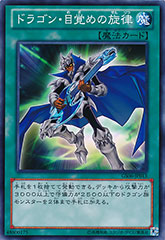 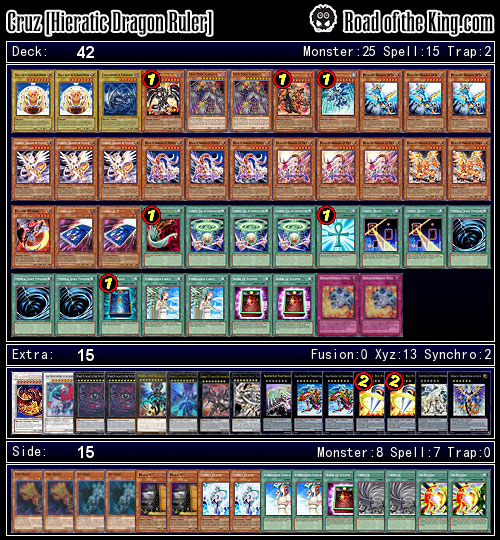 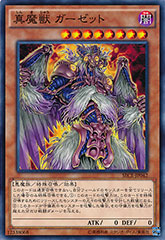 With a perfect record of 8-0, the Seikoku Cup (Hieratic Cup) was fittingly won by Cruz (クルス) running Hieratic Dragon Ruler. Cruz went with the Hieratic engine as it provides him with a lot of options and burst potential. In addition to the usual Hieratic combo of Dragon King of Atum fetching Red-Eyes Darkness Metal Dragon, Hieratic Seal of the Sun Dragon Overlord was included to Xyz for a Rank 8 Galaxy-Eyes in order to summon Number 95: Galaxy Eyes Dark Matter Dragon. 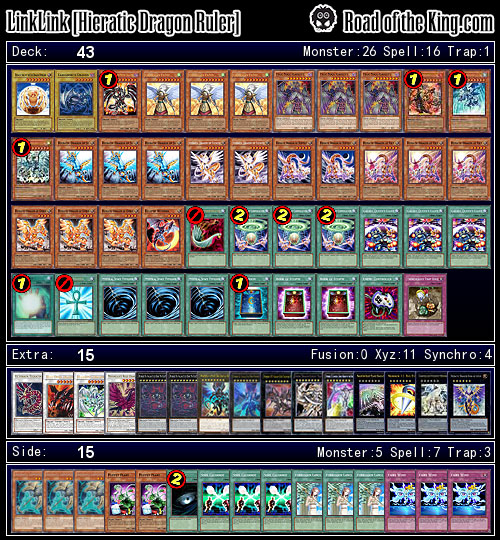 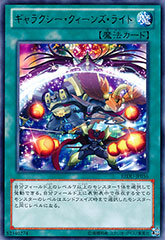 With a record of 6-2, LinkLink’s run with Hieratic Dragon Ruler was cut short at the Top 8.

On top of the typical set of Hieratic monsters, LinkLink took the deck further by running a full set of Galaxy Queen’s Light. Galaxy Queen’s Light gives him the flexibility to change the Level of his monsters into Level 8 to Xyz Summon a Rank 8 Galaxy-Eyes. If the need arise, changing the Level of his monsters into Level 7 allows for an Xyz Summon of a Rank 7 Mecha Phantom Beast Dracossack or Number 11: Big Eye as well.

Dragon Ruler is back with a vengeance in the competitive scene, though it is yet to be determined if it could keep up with the likes of Nekroz, Qliphort or Shaddoll.