Last year, I had the opportunity to visit Taiwan as an overseas judge for the Yu-Gi-Oh! Asia Championship 2015. During my stay, I had the chance to visit the various Yu-Gi-Oh! Card Shops in Taipei.

For those visiting Taipei, perhaps for the upcoming Yu-Gi-Oh! Open Tournament Taiwan 2016, here’s a list of card shops that you may want to add to your itinerary. 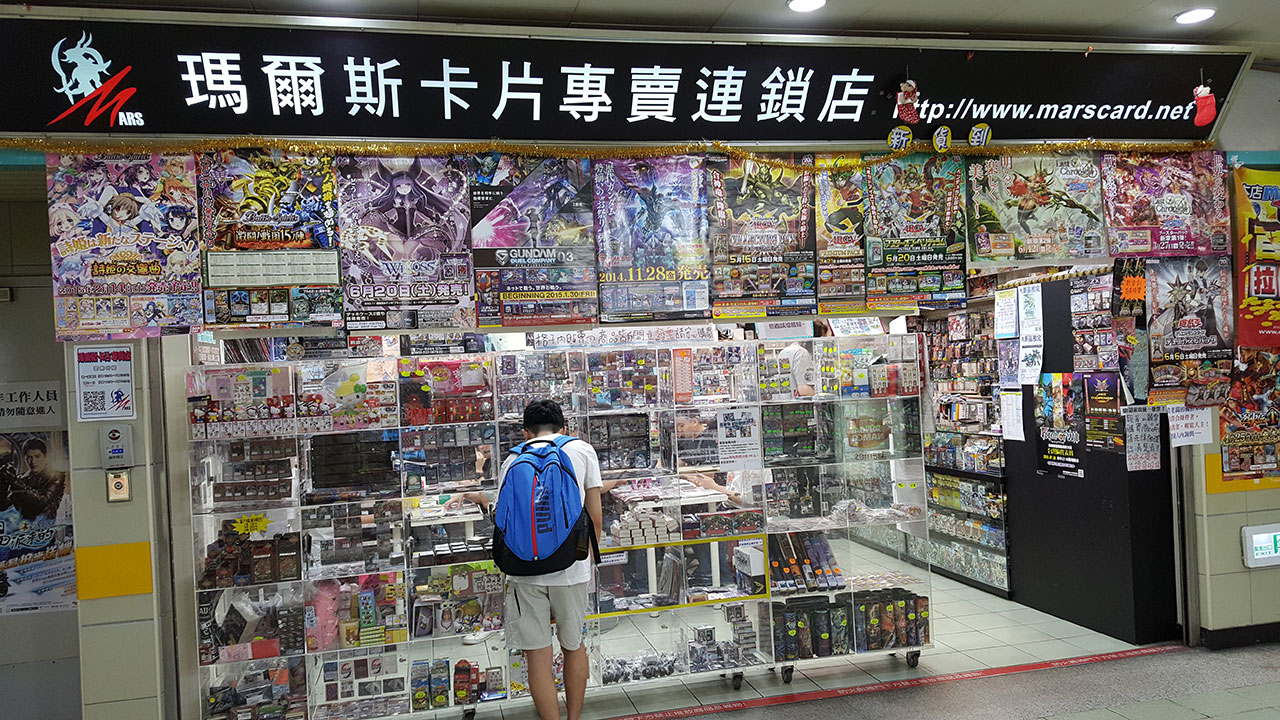 Being in a prime location, Mars has quite a decent crowd in the afternoon. Mars produces their own custom deck boxes which are rather popular. 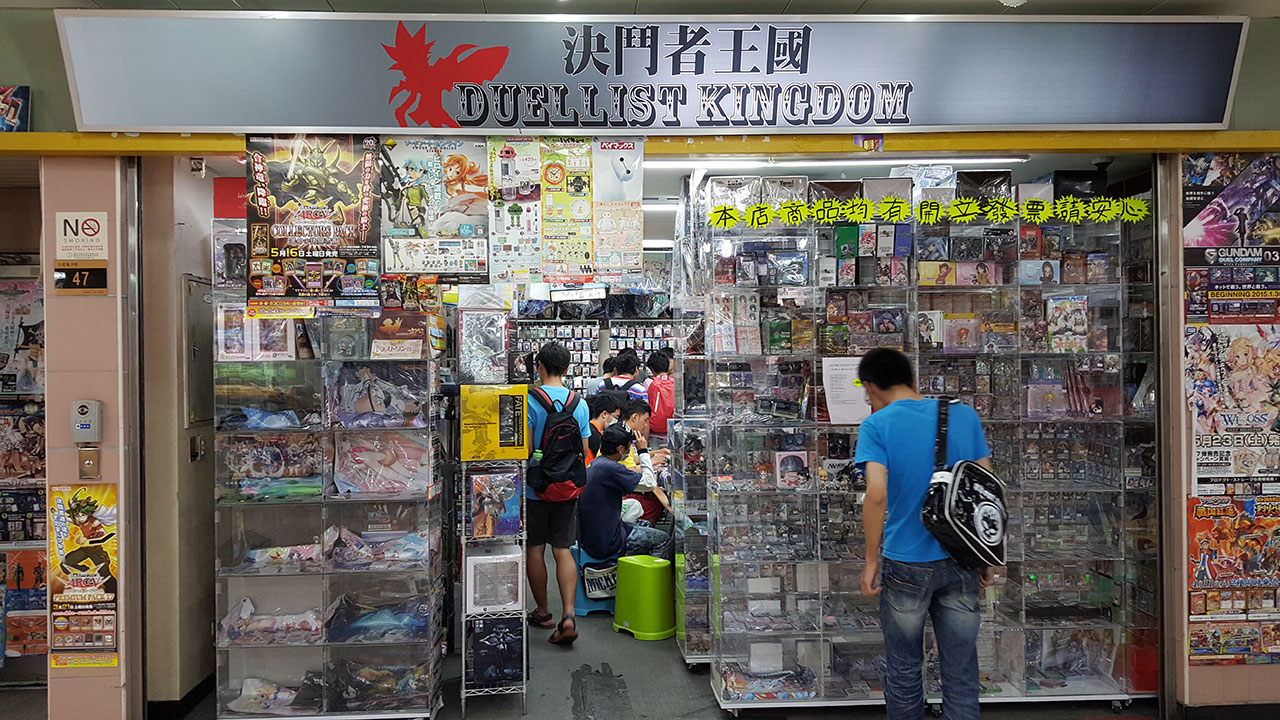 Duellist Kingdom also attracts quite a crowd and has probably one of the more extensive inventory of Japanese Yu-Gi-Oh! card singles. 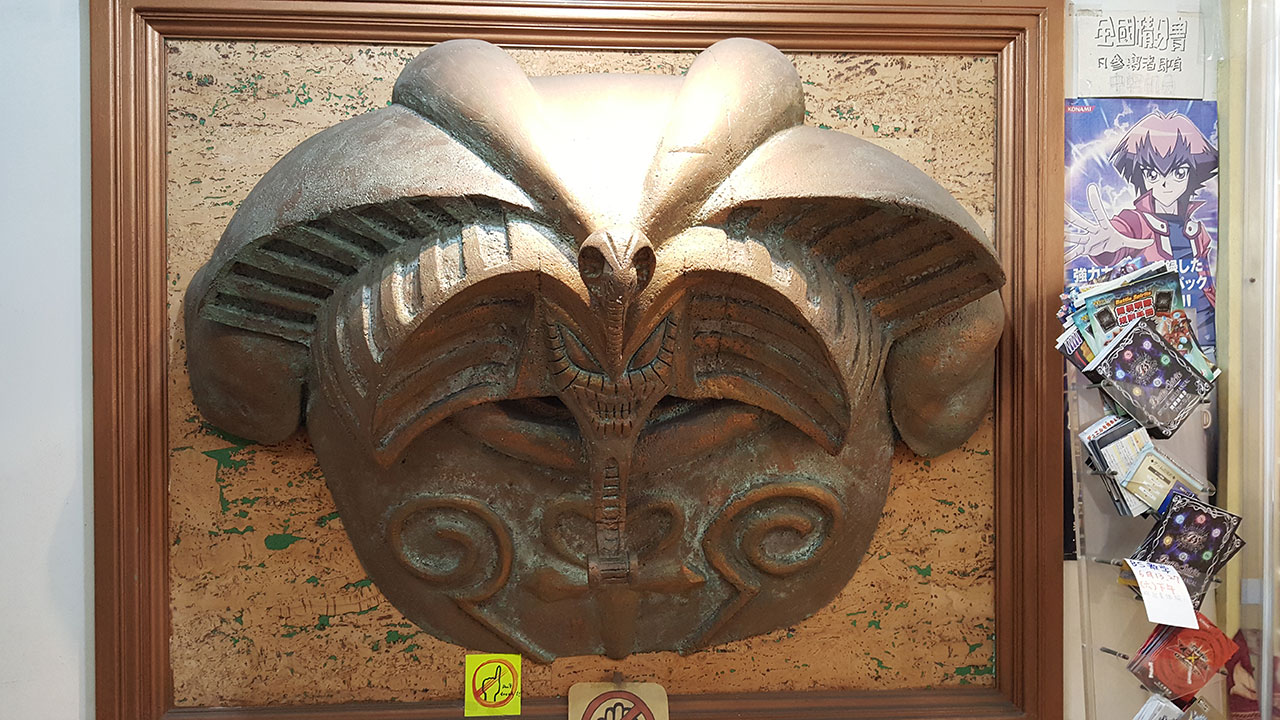 Kua Kua is situated quite a distant away and I would recommend sharing a taxi.

The most prominent feature of Kua Kua is the Exodia that greets you right at their door. 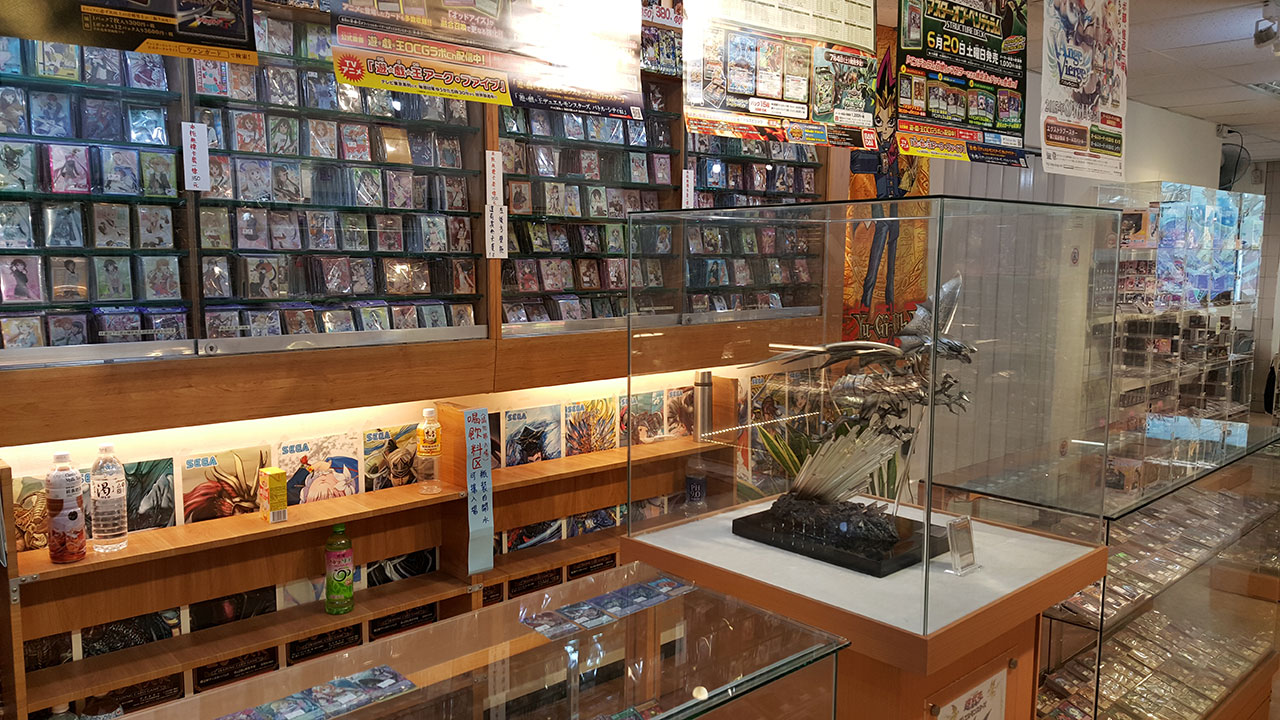 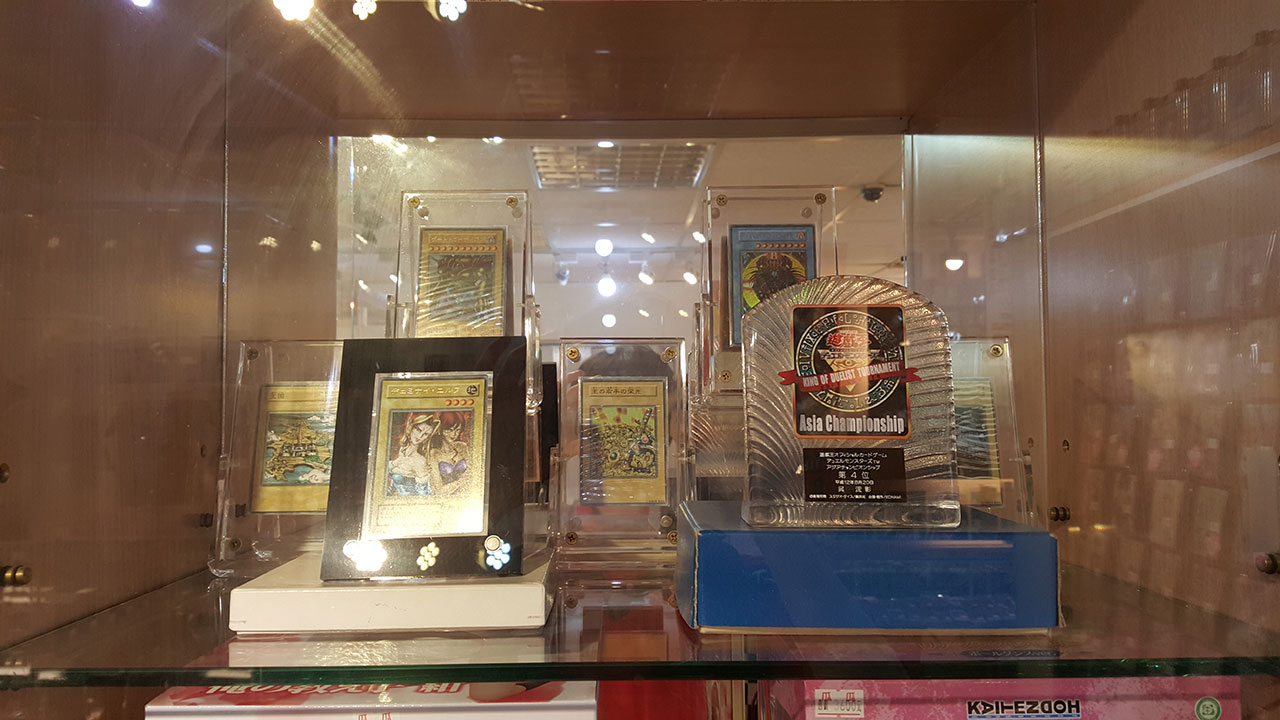 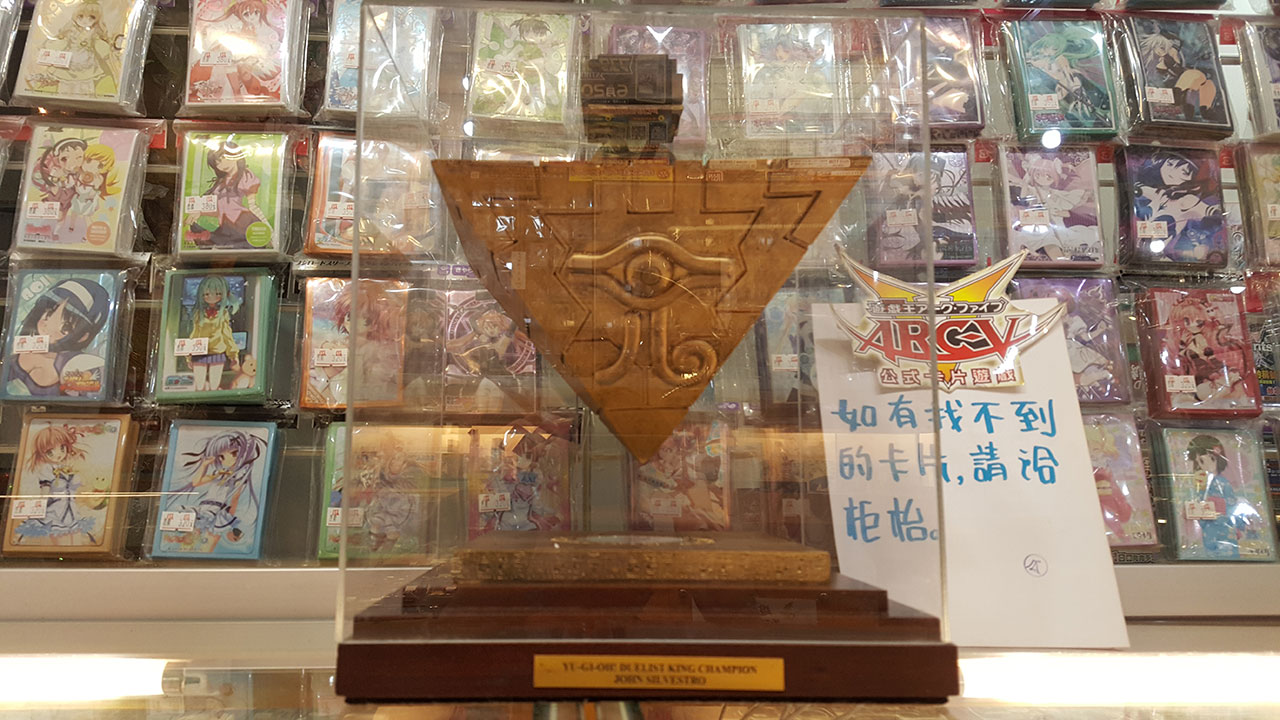 The boss of Kua Kua is a big fan and major collector of Yu-Gi-Oh! The shop is decorated with various antique and exquisite Yu-Gi-Oh! trophies and prize cards. 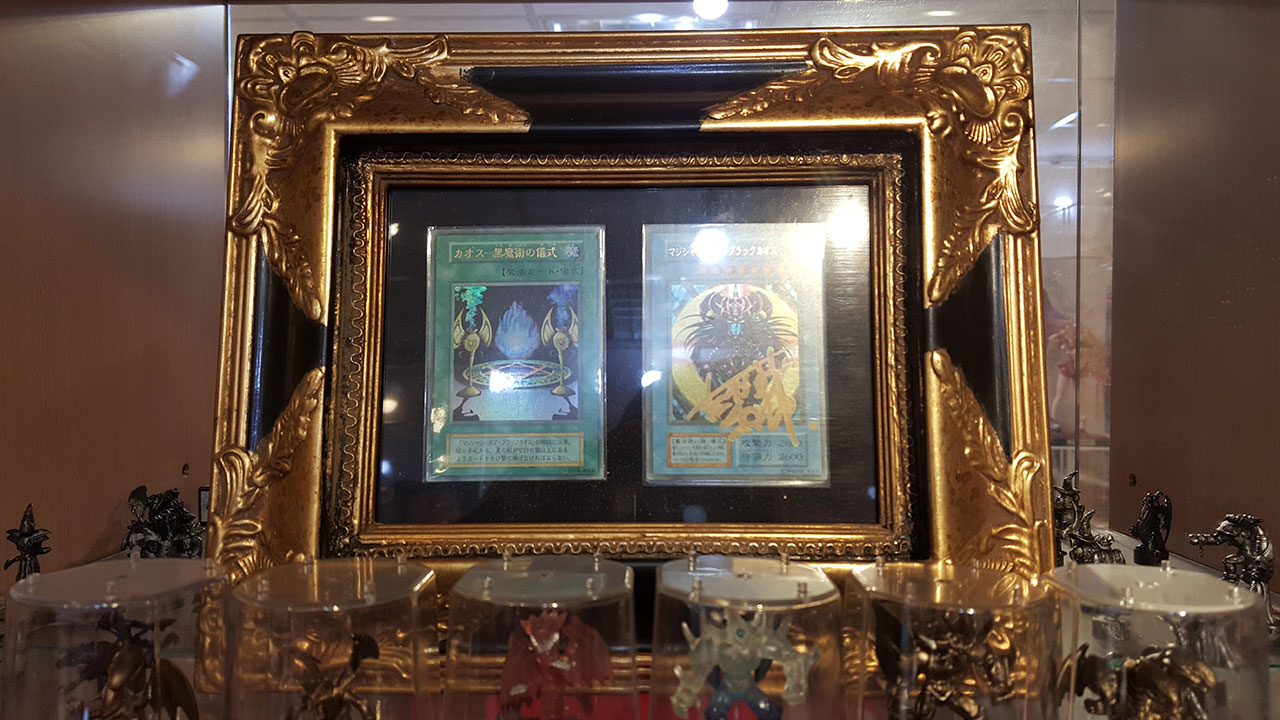 This Duelist Legend in TOKYO DOME tournament’s Magician of Black Chaos signed by Takahashi Kazuki is probably the only copy in the world. 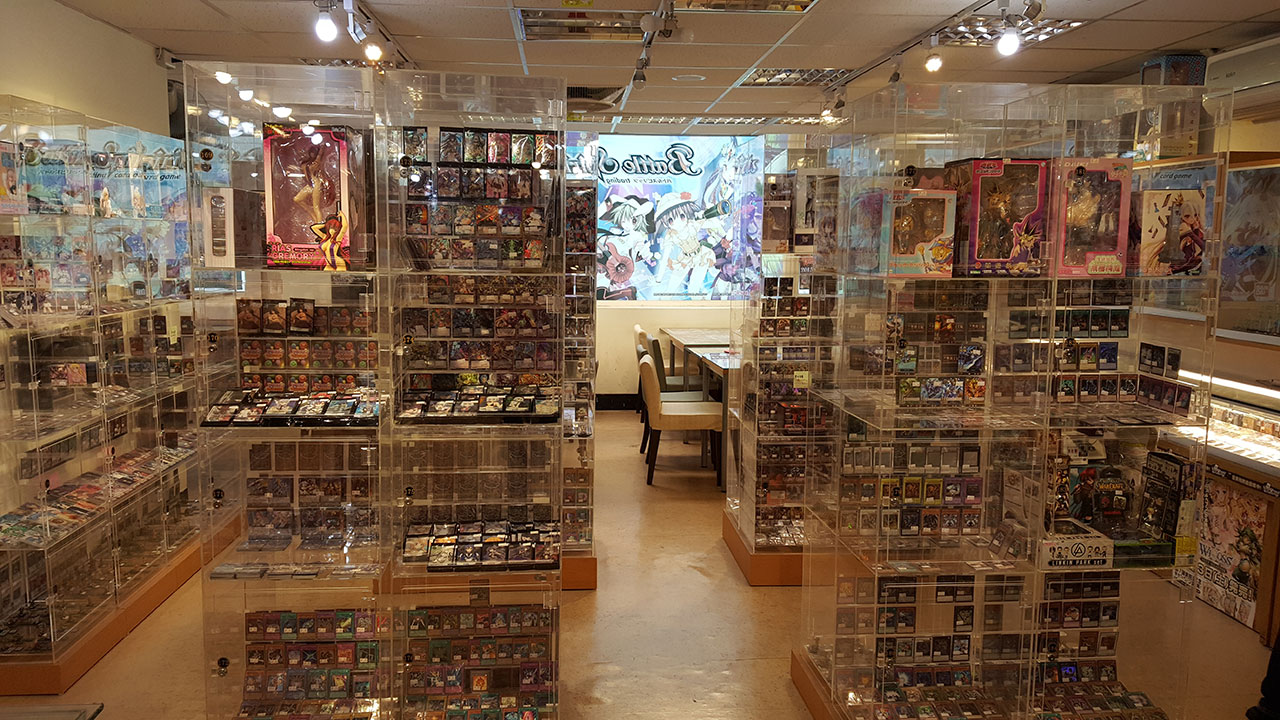 There’s plenty of card singles, anime card sleeves and figurines on sale too. Kua Kua is likely the most well-stocked card shop in Taipei. 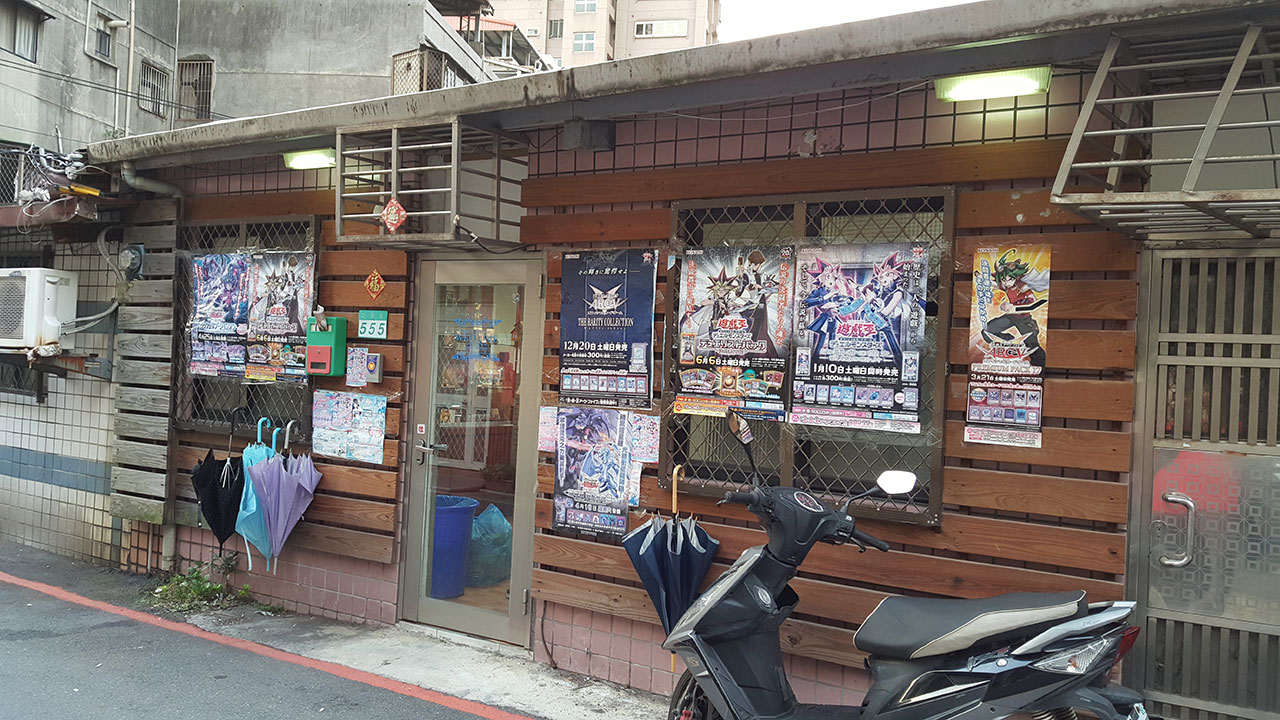 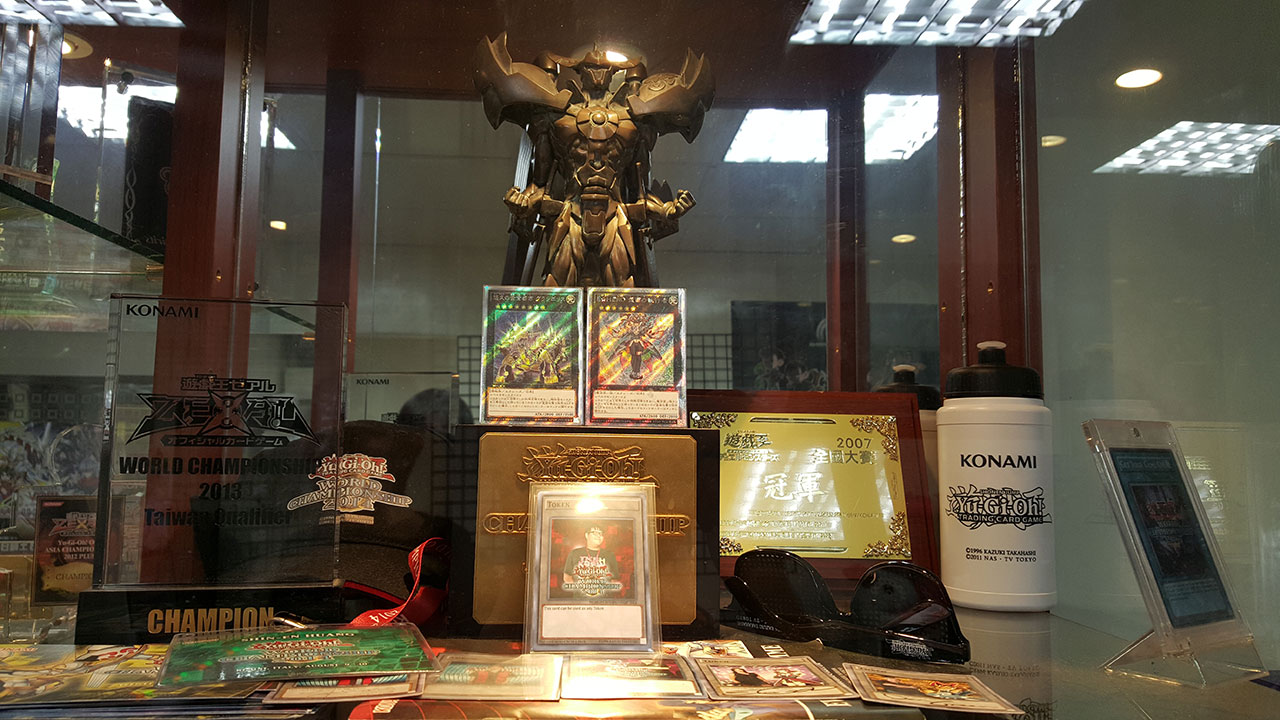 Miracle Era is a card shop opened by a couple of card gaming friends, and the most famous among them is the 2013 World Champion – Huang Shin En.

Miracle Era is located in the more remote area of Taipei, and it carries rather limited products in its inventory. But if you’re looking for a chance to play with a World Champion, this is the place. Shin En is currently working full-time as well, so he will not always be at the shop.

*Update: Miracle Era has just shifted to a new location on the 28 March 2016.
*Update 2: Miracle Era no longer sells Yu-Gi-Oh! products. The trophies are now displayed at Chong Wen She. 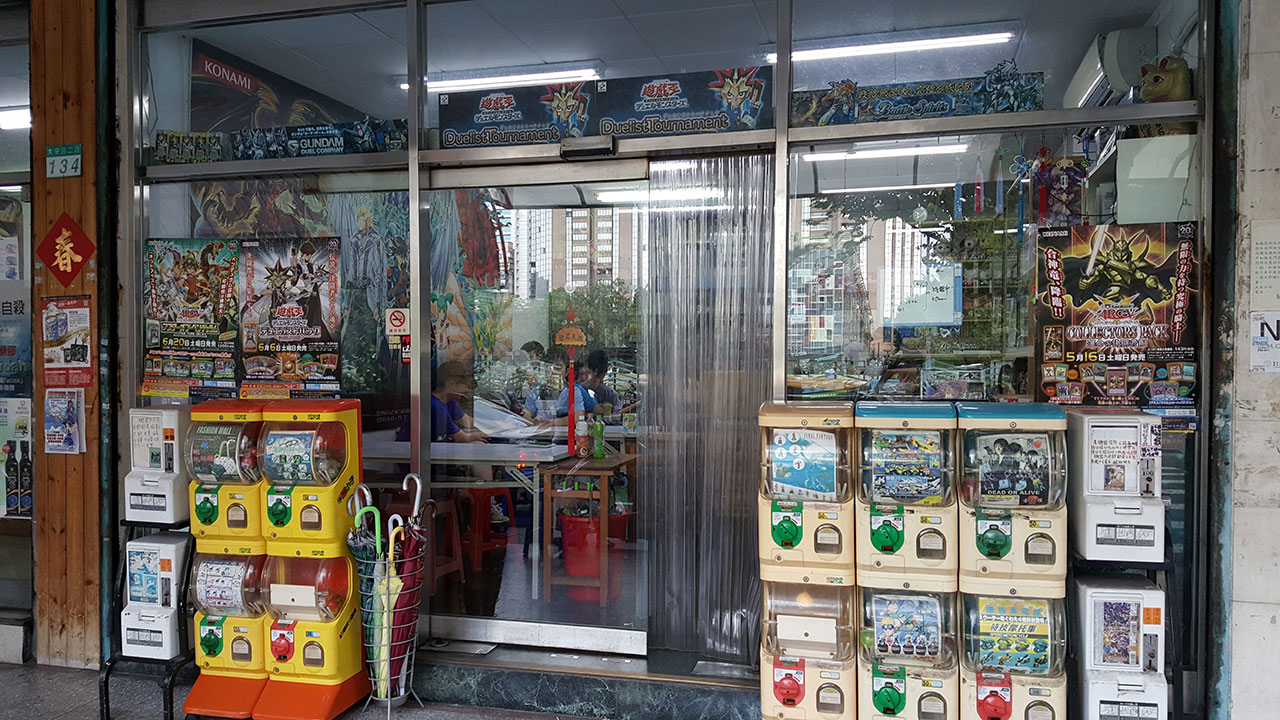 Shin Hang is quite out of the way and I would recommend sharing a taxi.

Shin Hang is my favourite card shop in Taipei, much due to the affable shop owners.

I believe that sentiment is shared by the other oversea players as we found ourselves going back to hang out at Shin Hang. 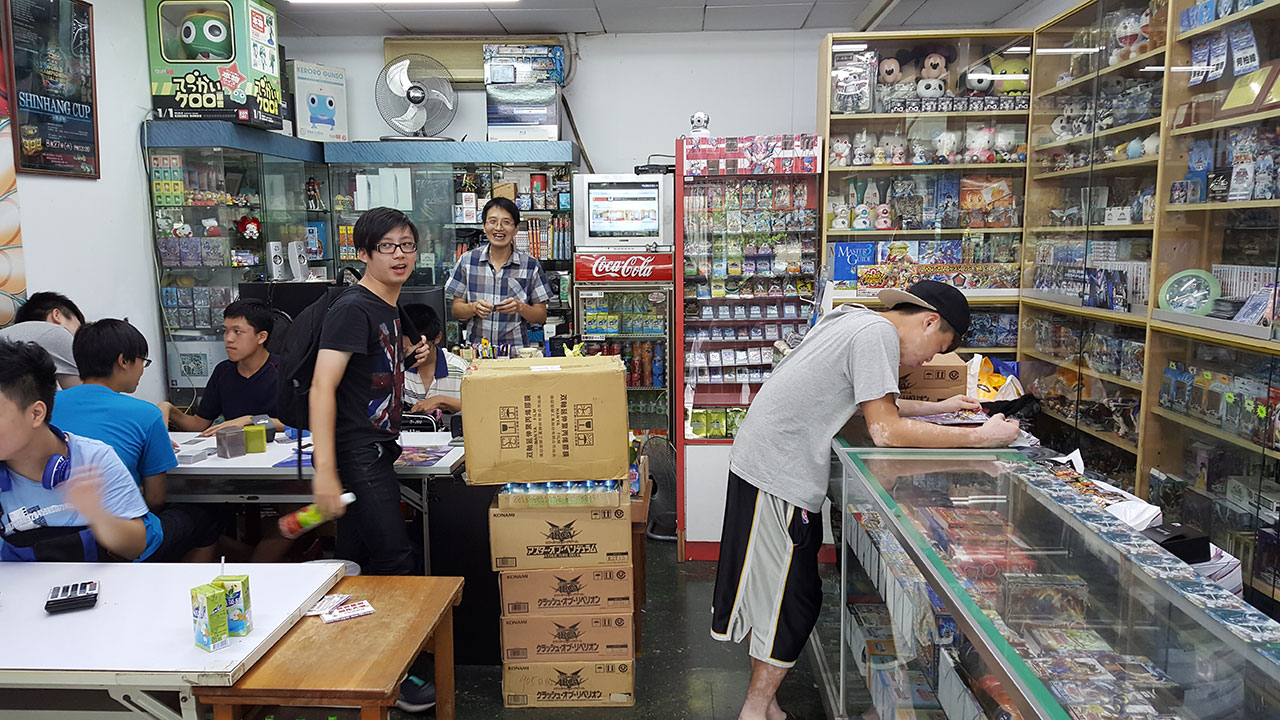 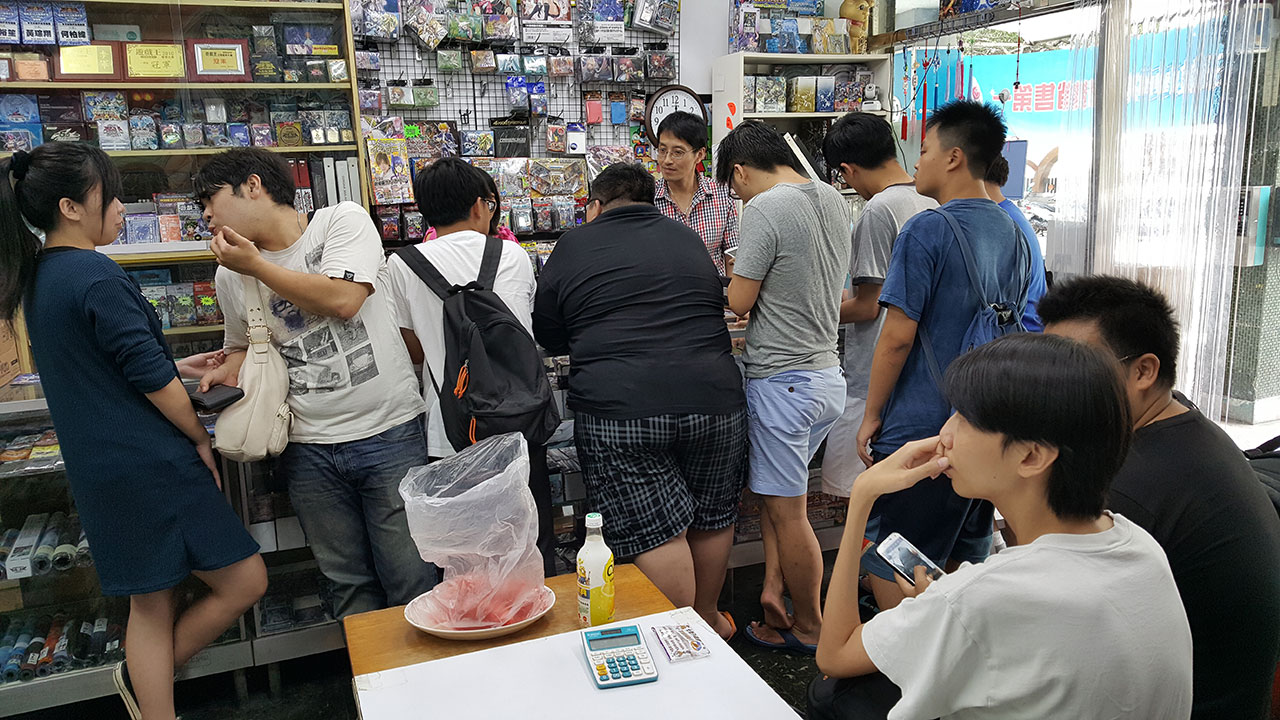 Shin Hang frequently deals with some Japanese shops and they even visited Kyoto for the World Championship 2015. As such, they have a respectable amount of Japanese playmats that are rather uncommon in the Asia region.

They have the lowest prices, in my opinion, and I found myself spending the most in Shin Hang. 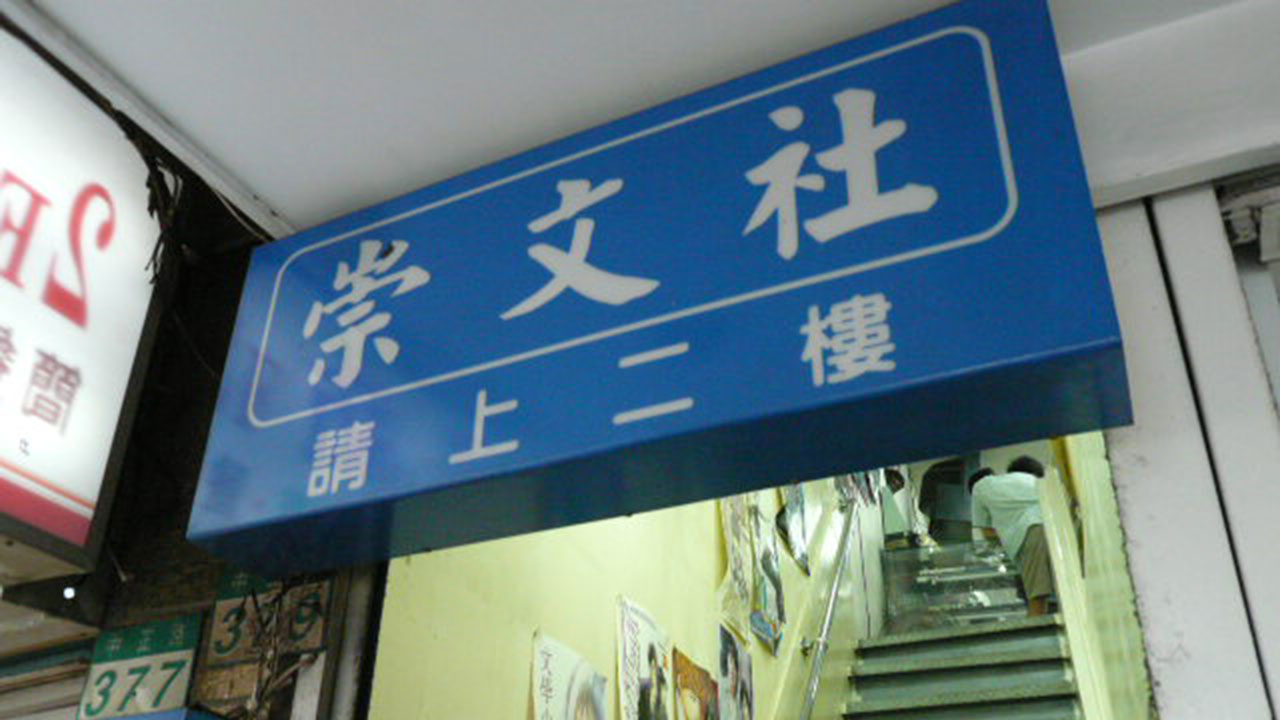 Unfortunately, Chong Wen She was closed when I visited unknowingly on a Monday.

Good thing that the Shilin Night Market is in the nearby vicinity.