After a successfully held 8th CNC with 536 participants, the 9th CNC returned and broke their own attendence record with 708 participants. 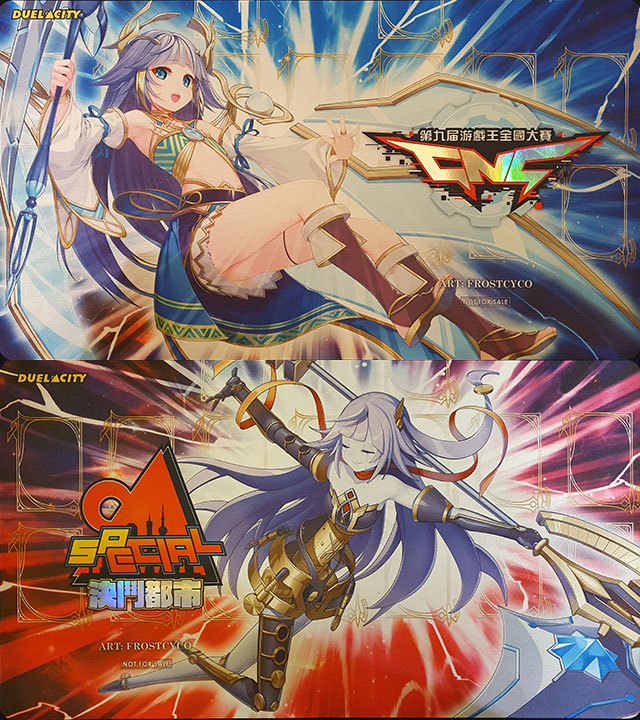 Only a limited quantity of these playmats were produced and despite being told that they had ran out of participation playmats and sleeves, many players were still signing up for the tournament. 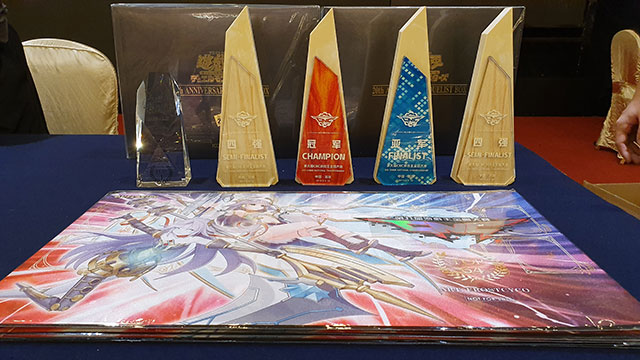 The Top 64 playmat features both Ib the World Chalice Justiciar and Galatea, the Orcust Automaton together and comes with the foiling on the CNC logo as well. 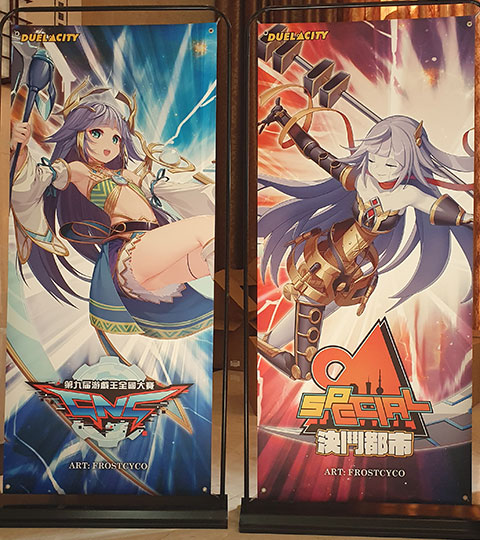 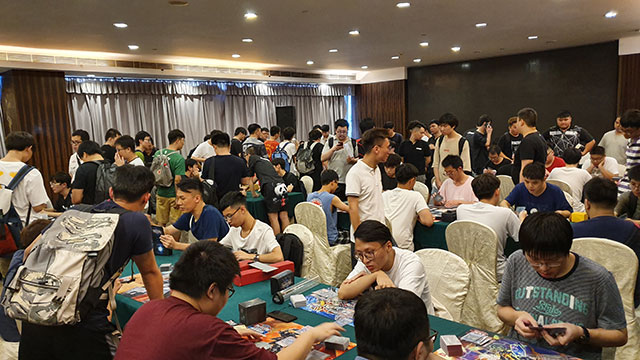 The increased in number of players was evident on the day before the CNC as all 16 pods of last chance qualifiers were quickly snapped up within minutes. 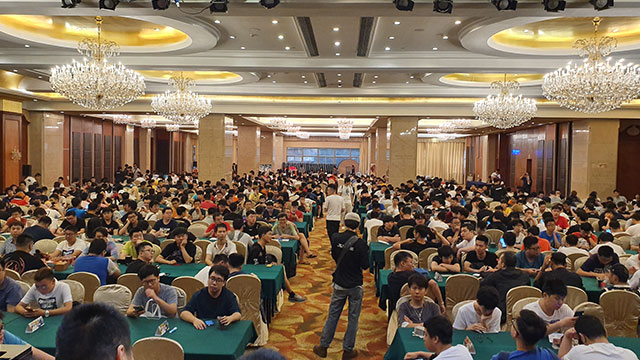 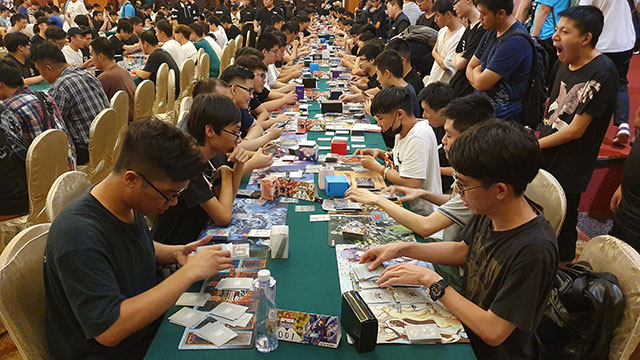 Going into the Main Event, it was given that Dragon Link is the best performing deck for the OCG 2019.07 format. Although I had borrowed and brought along a Dragon Link deck, I eventually decided on Trickstar, a deck that I was more proficient and comfortable with.

My first opponent was a young boy piloting Sky Striker. His plays were rather unpolished, notably he would preemptively throw out Maxx “C” too early, allowing me to simply stop Special Summoning for the turn. The match was over quickly, but he remained enthusiastic and requested for a casual game. I would later learn that he came back from Switzerland with his family for the summer vacation. That would explain why he was unfamiliar with the optimal timing to activate Maxx “C” as his experience is mainly from playing in the TCG.

My deck was heavily teched against Dragon Link, having Super Polymerization and Gozen Match in the Main Deck. Unfortunately, these tech cards would become a dead weight and cost me the game against a Magician deck and an Invoked deck, dropping me out of the running for Top 64. 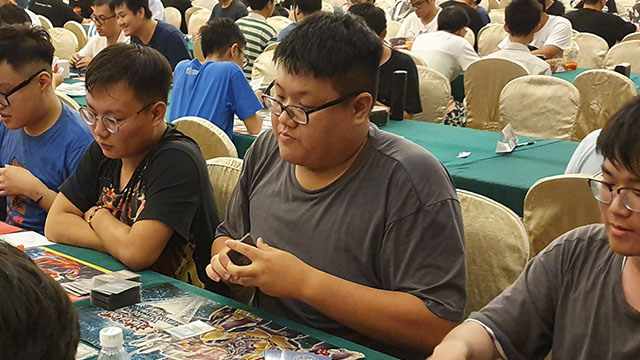 A number of top Taiwan players had traveled over to participate in the CNC, and in the AC event, I was paired with the 2013 World Champion, Huang Shin En. Although I had met him several times during Asia Championship and YOT, this was the first time that I played him in a tournament.

He was piloting Dragon Link, an aptly appropriate deck for the Dragon Ruler World Champion. He took the first game as I had no ‘hand traps’ and he was able to go all out with the Topologic Gumblar Dragon discard combo.

In the second game my Maxx “C” was able to resolve successfully, but he continued with his combo in an attempt to OTK me. Just as he Special Summoned Black Dragon Collapserpent by banishing Eclipse Wyvern, I drew into a clutch Artifact Lancea. Eclipse Wyvern effect added Chaos Dragon Levianeer to hand and activating Artifact Lancea at this moment prevented Chaos Dragon Levianeer from being Special Summoned. He finished with Borrelsword Dragon and Triple Burst Dragon before entering the Battle Phase but I had Super Polymerization.

In the third game, Shin En went first and I opened with no ‘hand traps’ again. To my surprise, he passed with no plays. I had Trickstar Candina, Trickstar Corobane and Trickstar Light Stage for an OTK. It was a disappointing conclusion as he had a bricked opening hand. 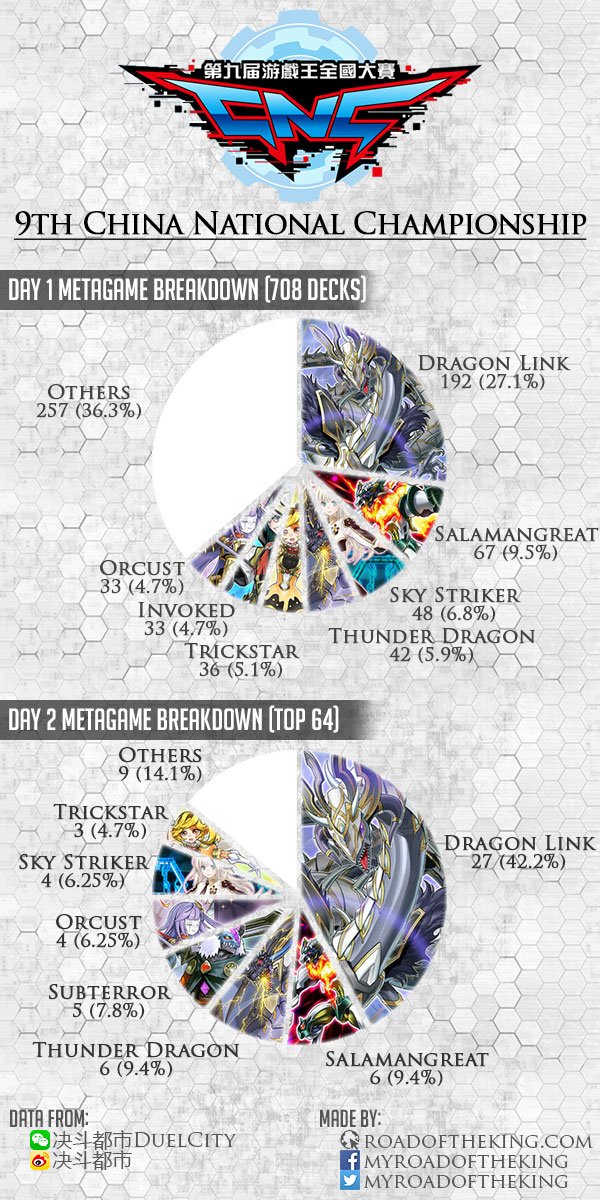 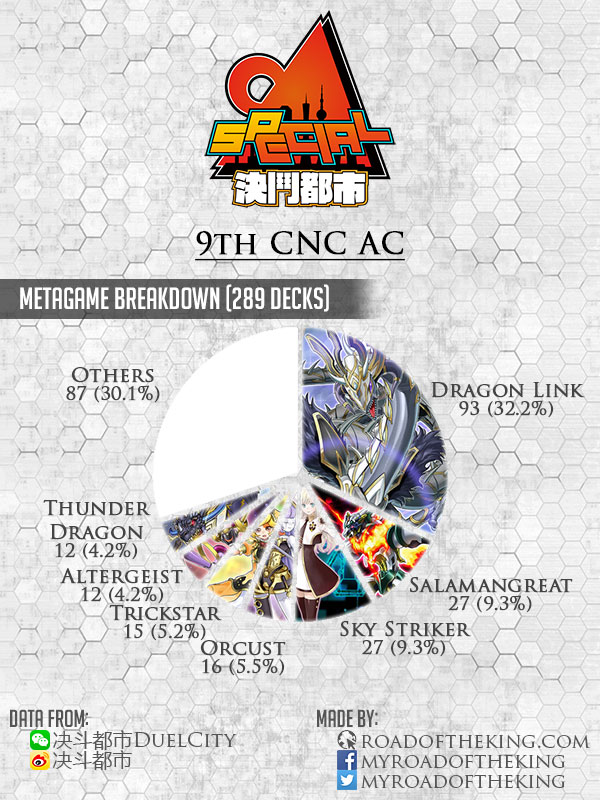 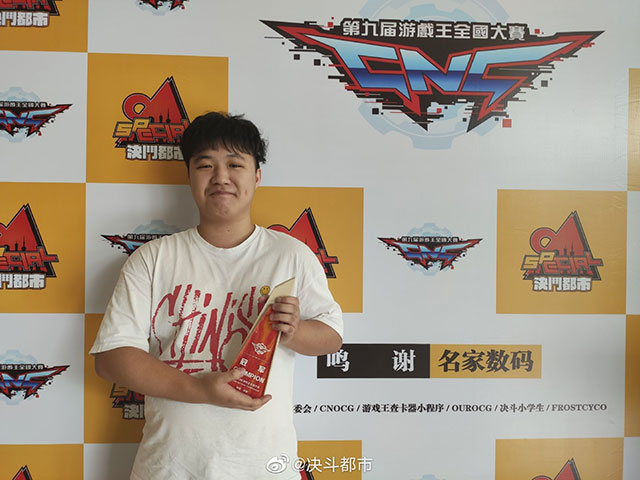 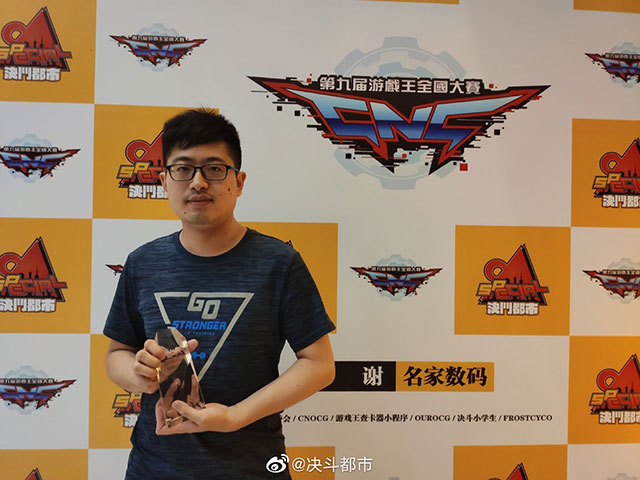 The 9th CNC has reaffirmed the incredible popularity of Yu-Gi-Oh! in China Mainland with over 700 participants despite being a non-sanctioned tournament that has no official distributor support.

A year on, Windo Entertainment became the official distributor of Yu-Gi-Oh! OCG in China Mainland and will be hosting the very first official major tournament on 1 – 2 August 2020 in Shanghai. Asia Yu-Gi-Oh! Tournament (AYT) China Mainland will be the largest tournament in the current OCG 2020.07 format with 700 participants registered for the event. 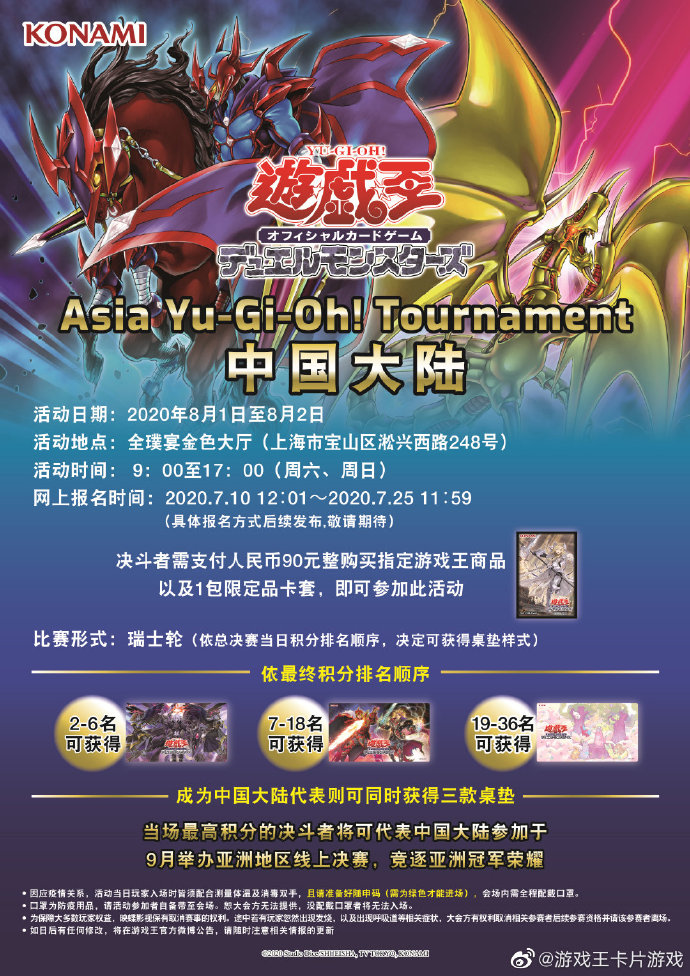