ABC continues to be the best deck in the competitive scene and is still increasing its lead. Metalfoes follows behind, but is nowhere close to catching up to ABC.

This report will tabulate 79 top-placing decks from 11 Japanese tournaments that were held between 1 October and 2 October 2016. 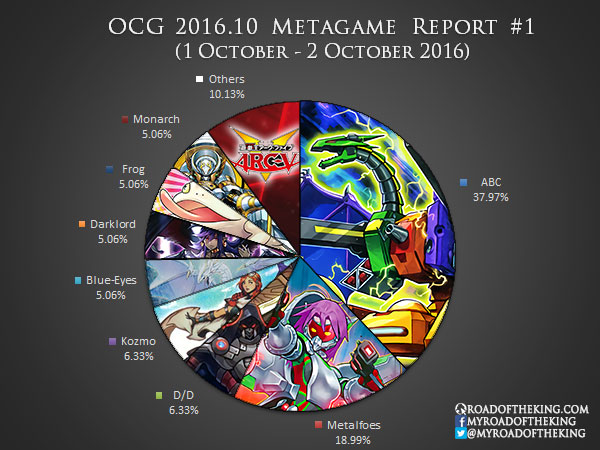 ABC strengthens its lead and is still on the climb.

While Gameciel, the Sea Turtle Kaiju was the popular side deck choice previously, ABC players are now switching over to running Kumongous, the Sticky String Kaiju instead.

Since your opponent has a Kaiju on his field, you can then special summon the 2nd copy of Kumongous, the Sticky String Kaiju on your own field. Kumongous has 2400 ATK, enough to attack and destroy Bujintei Tsukuyomi (2300 DEF).

Gameciel has only 2200 ATK, insufficient to take down Bujintei Tsukuyomi.

This also applies when the opponent has a Gear Gigant X (2300 ATK). 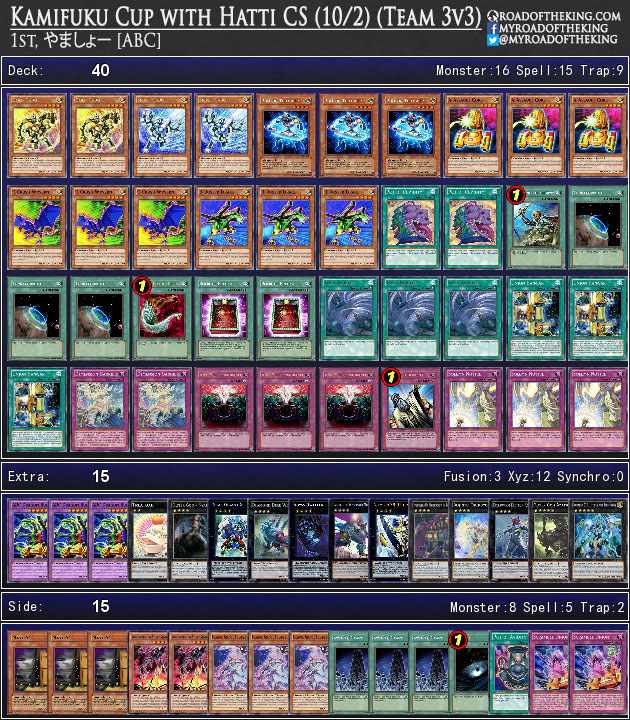 Metalfoes is still trailing far behind ABC, despite having a slight increase.

Kumongous is a Level 7 monster, and thus could be Pendulum Summoned with Metalfoes’ Pendulum Scale range of 1 to 8.

Gameciel being a Level 8 monster, could not be Pendulum Summoned by Metalfoes. 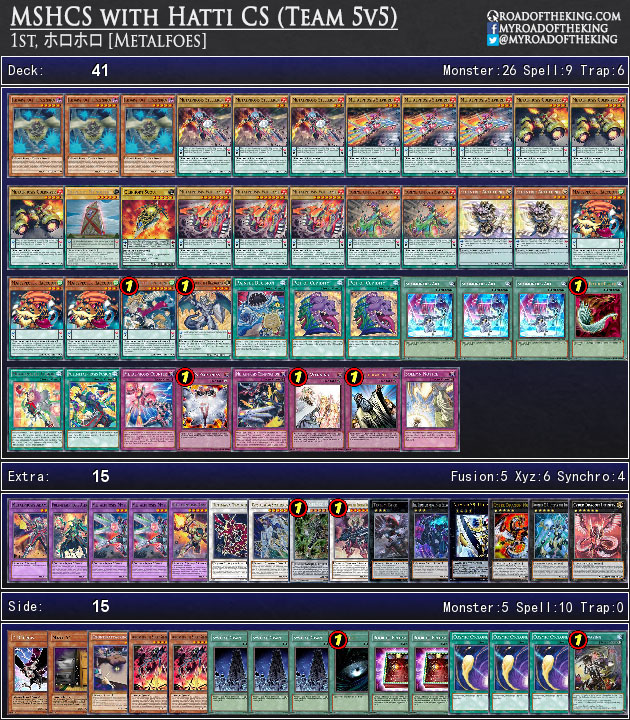 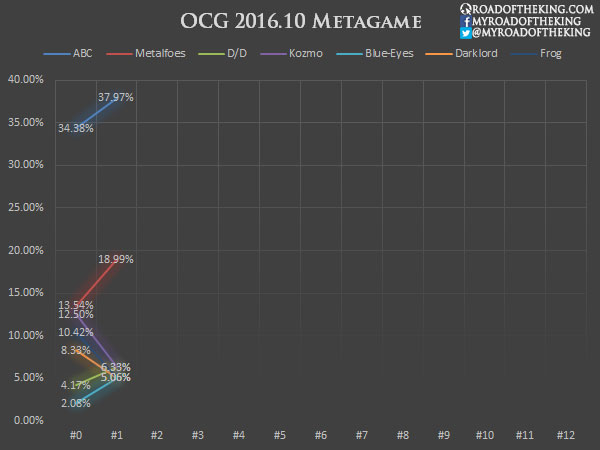 The metagame remains largely the same as the previous week with ABC and Metalfoes at the top, but Kozmo has fallen out of the race.

D/D is experiencing a small resurgence, but nothing of significance yet.