We are now down to just 2 duelists. In our very second Yu-Gi-Oh! Open Tournament final match, we have a dark horse going up against a decorated veteran. 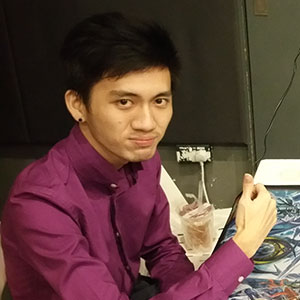 On one side, we have our Asia Idol, Kee Kian Sim “Sam”.

Sam is playing with Masked HERO. 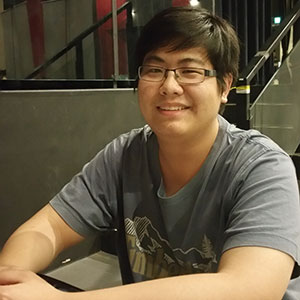 On the other side, we have our Dark Horse, Hou Chong.

Chong has been playing frequently in the local tournaments, but has yet to put a premier-level tournament to his name. Now, he is looking for his very first title.

Chong is playing with Atlantean Mermail.

Chong won the dice roll and opted to go first.

Chong opened with 2 set cards to his backrow and passed his turn.

Sam returned with 3 set cards to his backrow, before passing his turn too.

Chong went on the offense with a Normal Summoned Atlantean Marksman, but was foiled by Sam’s Torrential Tribute.

Sam Normal Summoned Goblindbergh and attempted to use its effect, but it was negated by Chong’s Fiendish Chain after some deliberation.

Chong Normal Summoned Neptabyss the Atlantean Prince, which was met with Sam’s Book of Moon, turning it face-down. Chong passed his turn, but Sam had a Mystical Space Typhoon during the End Phase, destroying the set Vanity’s Emptiness.

But that was not all! Sam followed with a Soul Charge to bring back all 3 monsters, taking a total of 3000 damage and dropping his life points to 5000. Elemental HERO Bubbleman was then Special Summoned from hand. 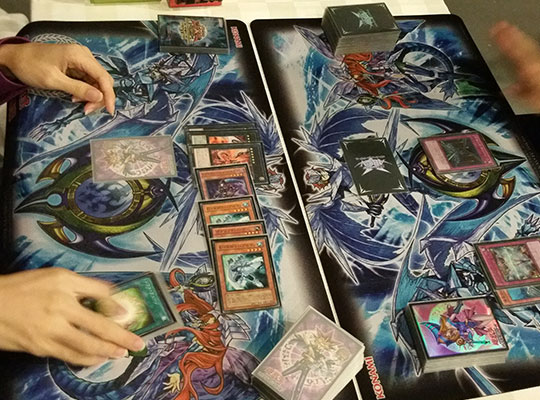 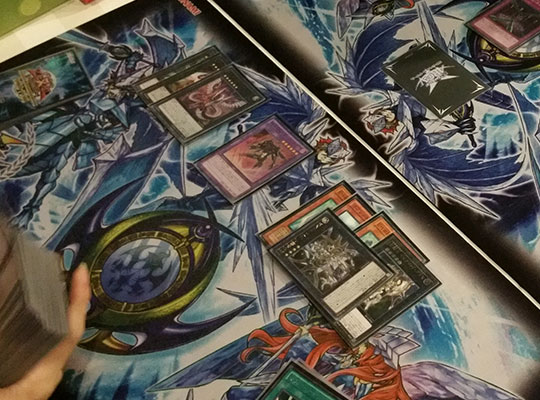 But Chong was not shaken. He activated Dark Hole, which was promptly negated by Sam’s Cyber Dragon Infinity, and Chong responded immediately with his Book of Eclipse!
The crowd went wild. 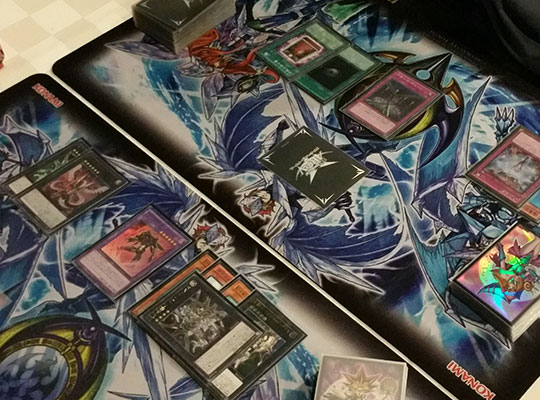 Book of Eclipse flipped all the monsters face-down, a perfect answer to Sam’s lockdown.

Mermail Abyssmegalo attacked and destroyed both face-down Masked HERO Dark Law and Cyber Dragon Infinity. Atlantean Marksman went for a direct attack and brought out Neptabyss the Atlantean Prince, which joined in for the attack. Sam was down to 2800 life points. 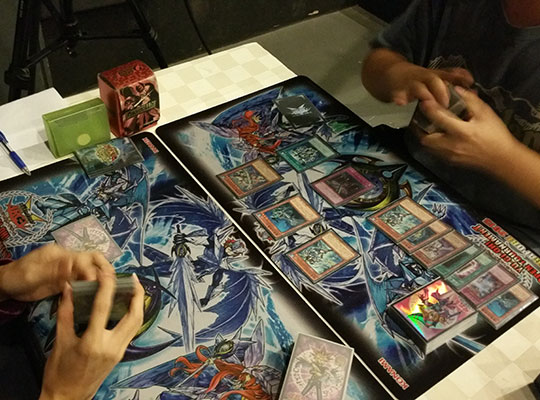 Sam drew a card, before conceding and reached for his Side Deck.

Chong Normal Summoned Neptabyss the Atlantean Prince, but it was met with Sam’s Diamond Dust. Chong had a Forbidden Lance for it, forcing Sam to activate Compulsory Evacuation Device.

Mermail Abyssmegalo went for a direct attack, but was bounced back to hand by Compulsory Evacuation Device.

Sam set a monster and passed. 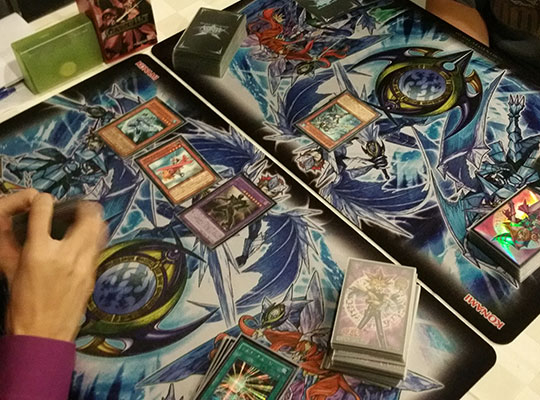 Sam has managed to tie the series, bringing this exciting finals to the third and final game!!

Chong looked through his hand and pondered for a moment. He was carefully running through the combo in his head, ensuring that no mistakes would be made. After all this is an important final game.

Both Atlantean Dragoons and Atlantean Heavy Infantry were pitched to Special Summon Mermail Abyssmegalo, and Abyss-scale of the Mizuchi and Moulinglacia the Elemental Lord were added to hand.

Abyss-scale of the Mizuchi was equipped to Mermail Abyssmegalo before Chong ends his turn. 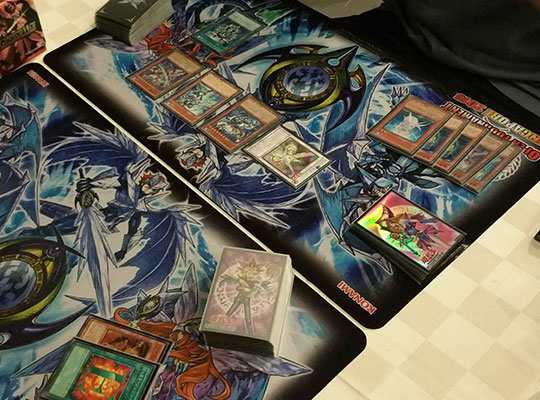 It was now Sam’s turn to deliberate his moves.

With a nod, Sam played Tin Goldfish and chose to activate its effect. 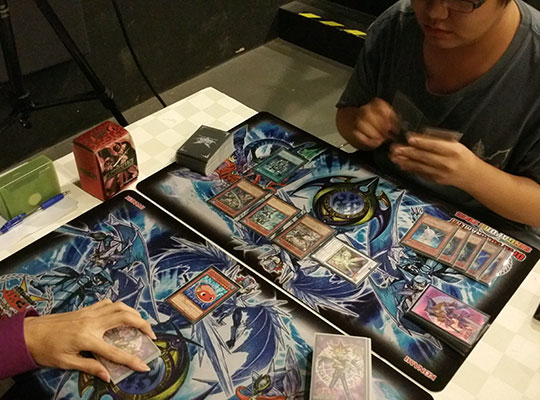 Chong contemplated for a while, before electing to negate it with his Herald of the Arc Light.

Sam scooped up his cards and congratulated Chong.

The crowd rejoiced at Chong’s victory and started chanting his affectionate nickname “Pang Zi” over and over. The Dark Horse has caused an upset by defeating the veteran Asia Idol! 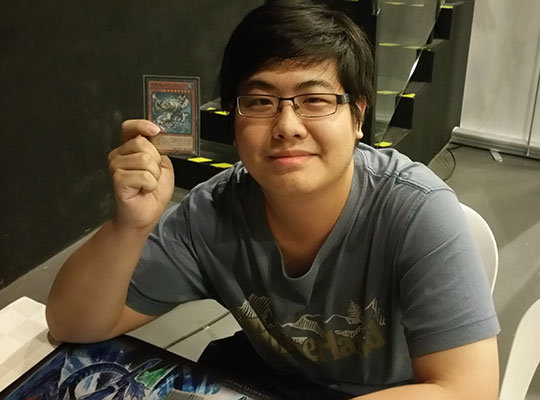 Hou Chong, with his Atlantean Mermail, is your Yu-Gi-Oh! Open Tournament – Singapore 2015 Champion!!