The era of Destiny HERO – Destroyer Phoenix Enforcer came to an end with Fusion Destiny going to forbidden. Whereas Adventurer only took a minor hit with Water Enchantress of the Temple and Rite of Aramesir going to semi-limited, and would continue to play a major role in the metagame.

Compiled from a total of 659 top-placing decks from 131 competitive tournaments held in Japan, mainland China, Malaysia, South Korea and Vietnam, here is the final metagame breakdown of the OCG 2022.01 format. 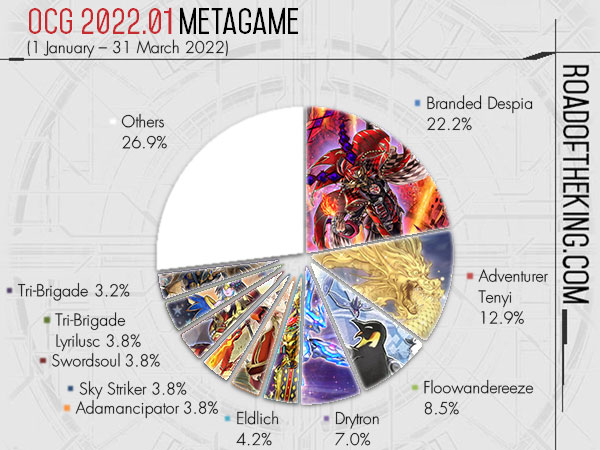 Structure Deck: Alba Strike was a major boost to Despia, giving the deck an easy way to bring out its Fusion Monsters with Branded Fusion. Similar to Red-Eyes Fusion and Fusion Destiny, Branded Fusion is able to use Fusion Materials from the deck to bring out the powerful Mirrorjade the Iceblade Dragon via Lubellion the Searing Dragon.

The deck has pretty strong resource generation, being able to trigger Despian Tragedy and Ad Libitum of Despia off Branded Fusion and Branded in Red, while Albion the Branded Dragon sent for the cost of activating Mirrorjade the Iceblade Dragon could fetch another Branded Fusion and Branded in Red during the End Phase, ensuring a constant stream of play for the next turn.

As Despia is heavily reliant on Branded Fusion to start their play, Adventurer became the dominant build to have Wandering Gryphon Rider protect Branded Fusion against Ash Blossom & Joyous Spring.

Dimension Force gave Branded Banishment a powerful card for the mirror match and against decks that run Branded. This was also the start of the decline of Eldlich. In addition to having Despian Comedy play around Skill Drain by tributing Mirrorjade the Iceblade Dragon or Guardian Chimera, Branded Banishment was an additional tech that could banish Eldlich the Golden Lord.

Adventurer package took another hit and despite Water Enchantress of the Temple and Rite of Aramesir becoming limited, Adventurer still remained as the more popular variant of Branded Despia in the dawn of the new format. Ensuring that Branded Fusion resolves successfully is still the most critical point and there is nothing better than Wandering Gryphon Rider.

Adventurer Tenyi made great stride in this format. Archnemeses Protos remains a popular tech against DARK Attribute with Despia in the format.

The Rose Dragon package saw mass adoption as it can be used with any Level 7 monsters to Synchro Summon Baronne de Fleur before going into Crystron Halqifibrax.

Dimension Force gave Illegal Knight, allowing Adventurer Tenyi an increase consistency in opening with Number 42: Galaxy Tomahawk play. Wandering Gryphon Rider and Illegal Knight ① effect to Special Summon itself is a Quick Effect, and could be chained to Tenyi monsters Special Summon effect or each other while on an empty board. The two Level 7 monsters can then be used to Xyz Summon Number 42: Galaxy Tomahawk and then into Mecha Phantom Beast Auroradon.

Dimension Shifter remains relevant against the top decks in the format, allowing Floowandereeze to compete with the top.

Pot of Prosperity becoming semi-limited is a minor hit to Floowandereeze as they still have 3 Pot of Duality. The weakening of Adventurer puts Floowandereeze in a slightly better position for the new format.

Similar to Floowandereeze, Drytron is another deck that is unable to run the Adventurer package. Both of them were also kept in check by Droll & Lock Bird in the Side Deck.

Unaffected by the new limit regulation, the weakening of Adventurer puts Drytron in a slightly better position for the new format. 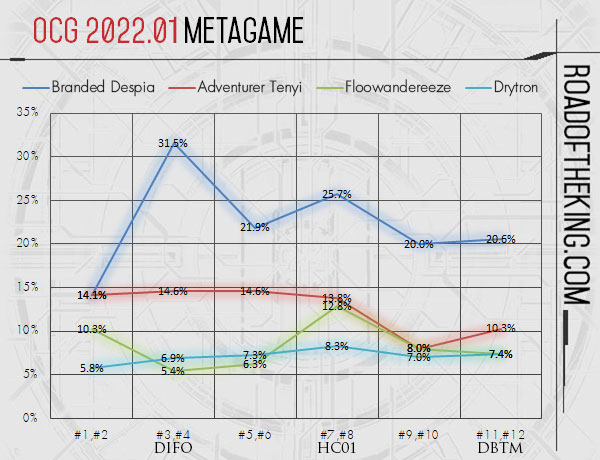 The OCG 2022.01 format remains largely the same throughout as the new sets Dimension Force and History Archive Collection had little impact on the metagame. 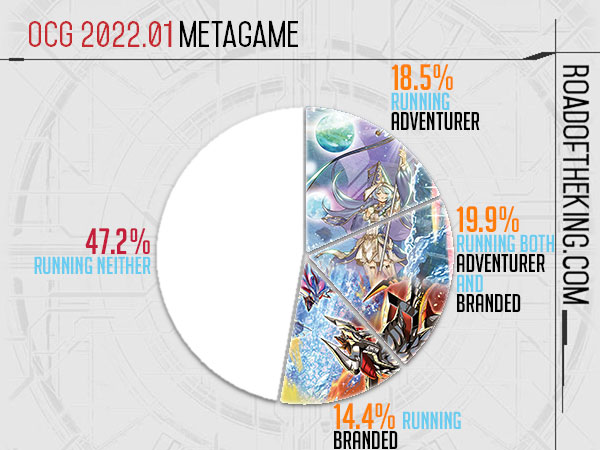 Bringing Adventurer down another peg would perhaps even out the playing field for decks that are unable to run the Adventurer package.