This report will cover 29 top-performing decks from 5 tournaments that were held in Japan during 4 – 7 November 2017. 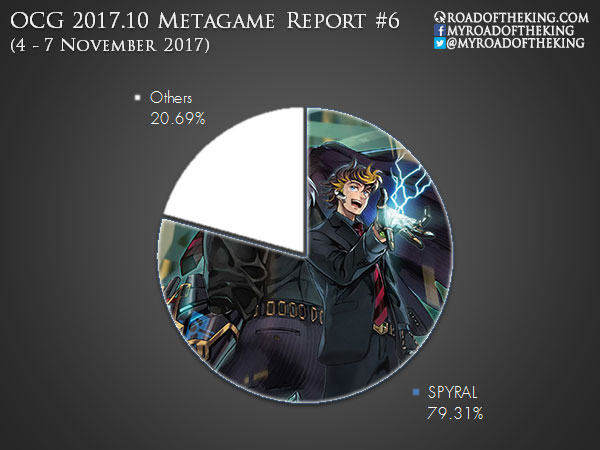 We are seeing a split between the performance of the traditional mono SPYRAL build and the newer Grinder SPYRAL build.

His deck was tuned against the Grinder build. Effect Veiler is typically poor against SPYRAL due to SPYRAL Resort, but he ran 2 copies of it to disrupt the Grinder Golem opening by negating Akashic Magician.

He also ran Akashic Magician in the Extra Deck to reveal for Ghost Reaper & Winter Cherries. 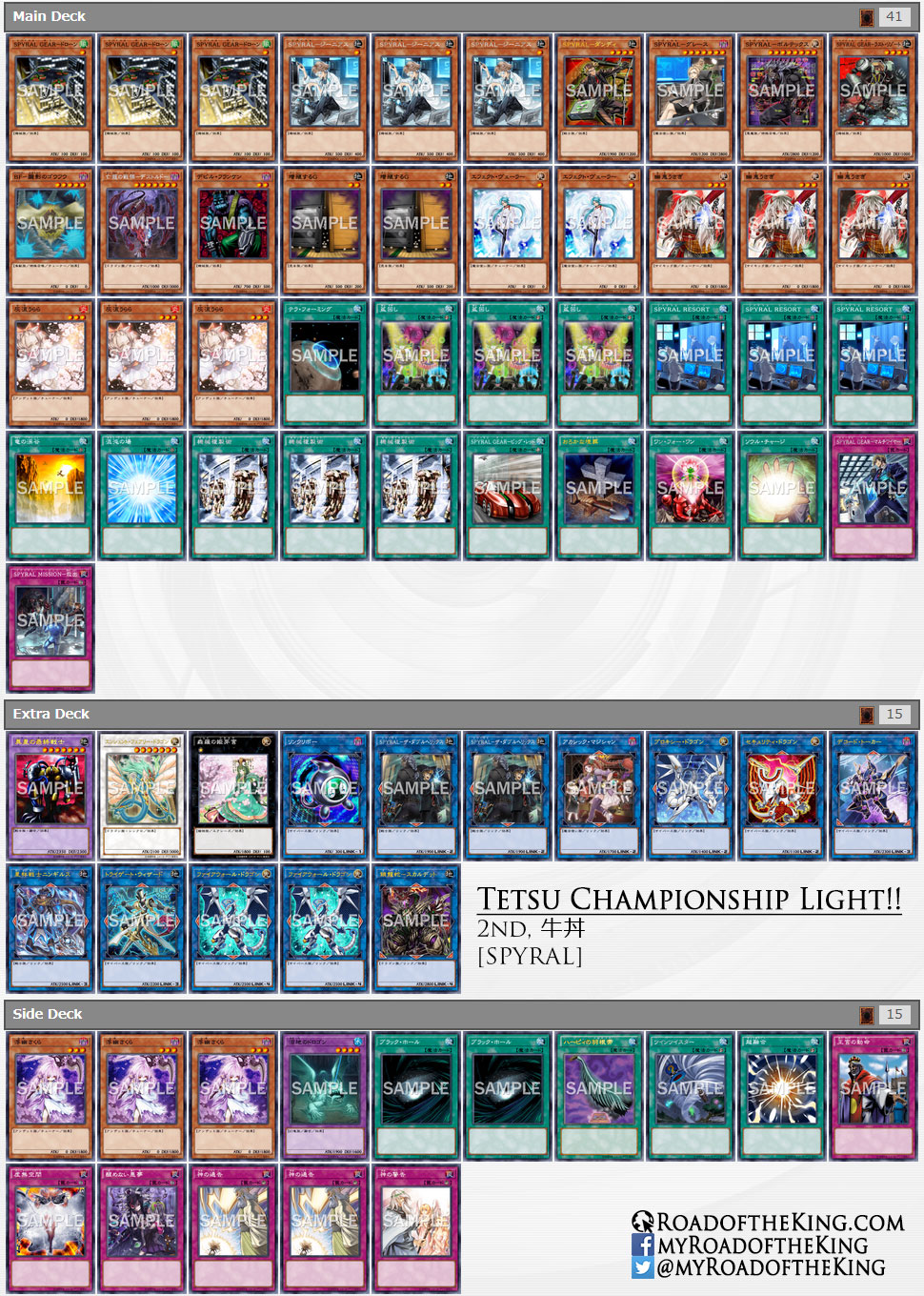 He chose to keep Number 41: Bagooska the Terribly Tired Tapir in the Extra Deck, by cutting Ningirsu the World Chalice Warrior instead. 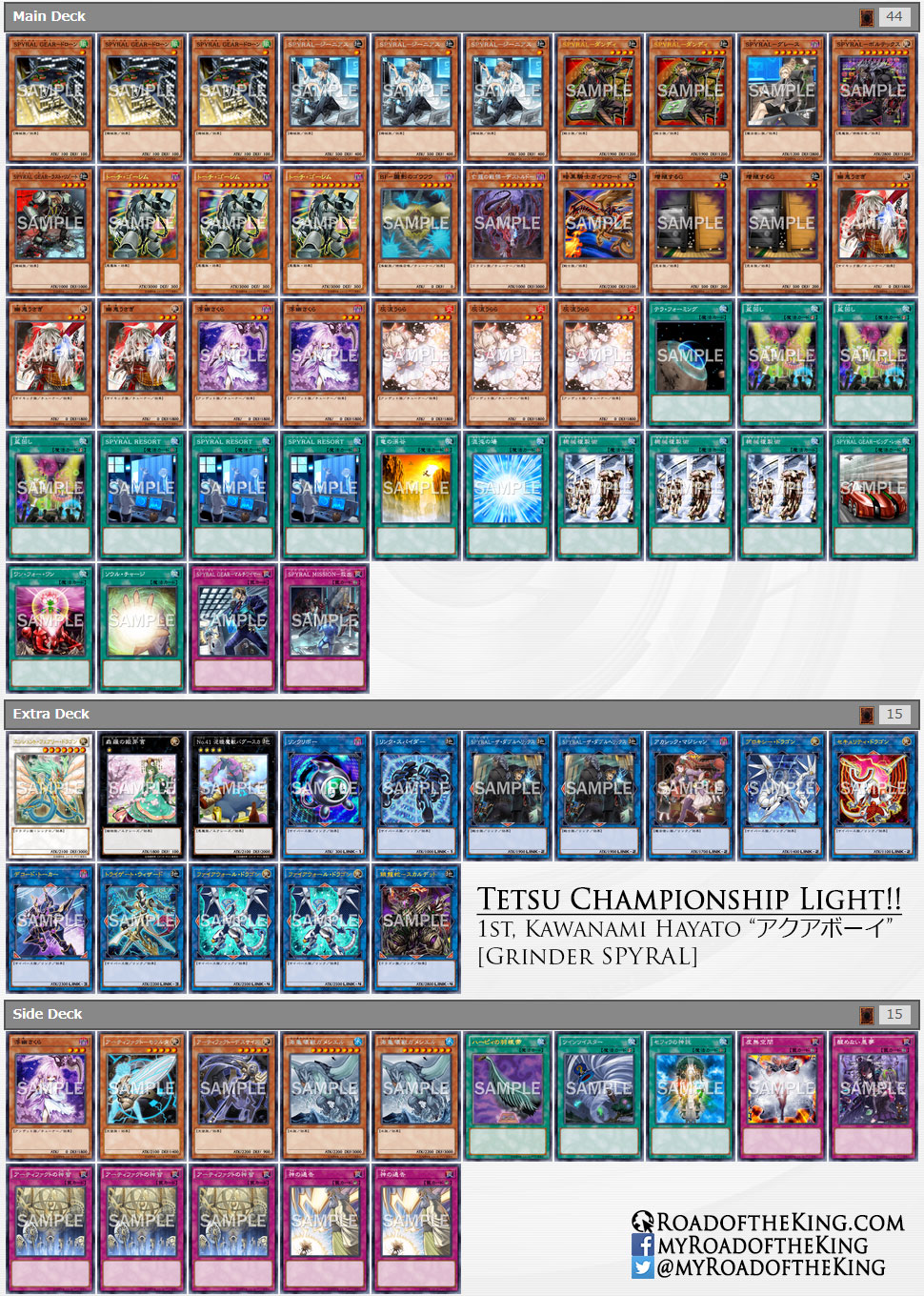 He was running 2 Machine Duplication in the Main Deck for “Ryuppy CS”, but had decided to cut all of them for “5th Gama CS”. That was perhaps a change for the worse, as reflected in his poorer performance on Sunday. 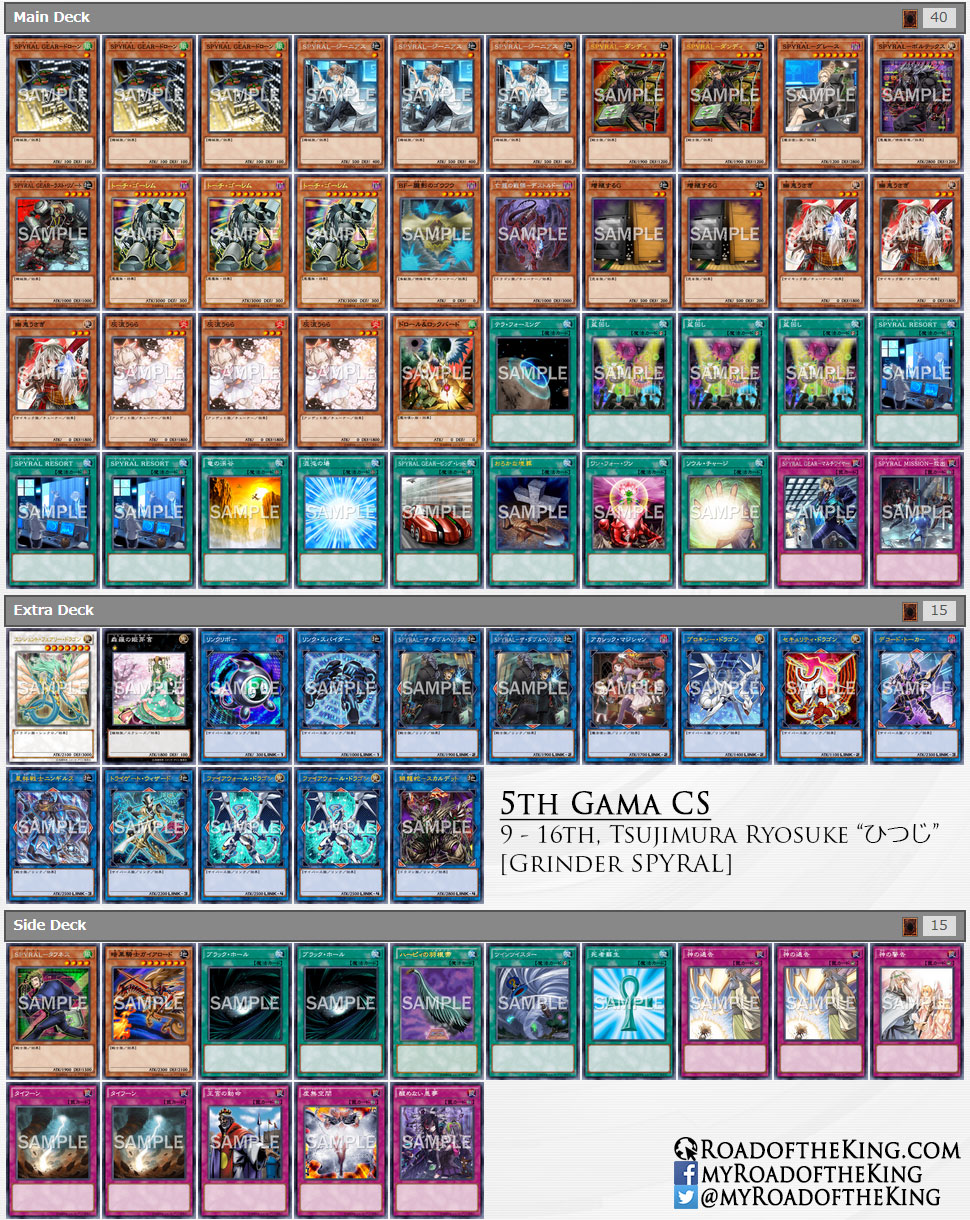 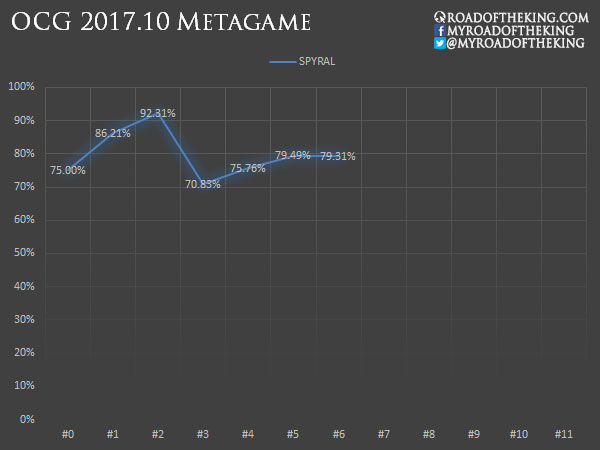 Both mono SPYRAL and Grinder SPYRAL are performing equally well.